“We’ve been working hard at lunchtime with Mrs Dobbins to ensure we were at our best.  We won each game we played in and we are looking forward to representing our school at the next event on the 1st April 2014”. 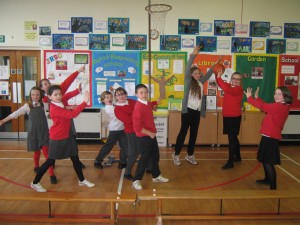