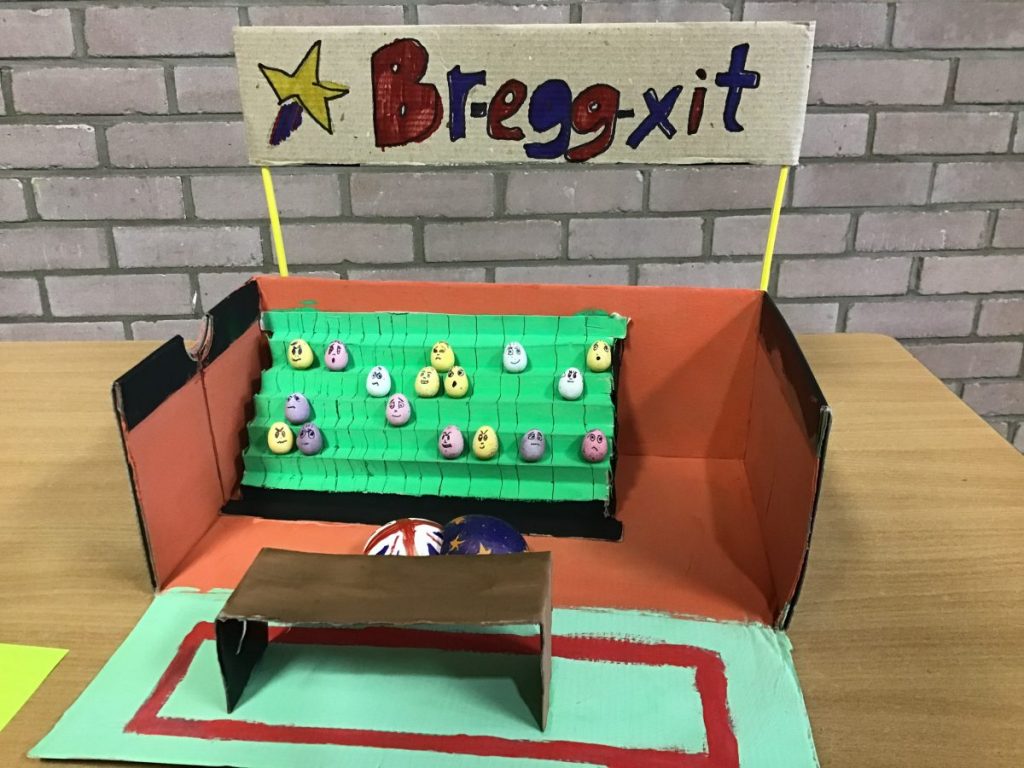 On Thursday 28th March there was an egg competition for all members of the school including the nursery. Lot’s of people decorated their eggs with faces, patterns e.t.c and took them in. After first break the entire school went down to the hall where the eggs would get judged. All of the eggs were beautifully decorated and looked amazing and it showed how much time and effort was put into the designs of the eggs.

Every one of the winners was given a lovely big Easter egg that looked delicious. The winners were given 100 points each that were then given to their house. Everyone that participated in making an egg was given a little creme egg and 20 points for their house. Overall Orsay placed 3rd, Texa 2nd and Nave first with over 700 POINTS!

Well done to everyone who competed in the competition and took part!!