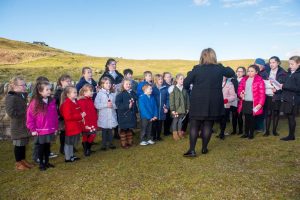 For the choir this year we have been learning a song that relates to WW1. This year our song is called The White Swan. The man who wrote this was in the war. We all gathered at teh American Monument on the Oa because it had been 100 years since the Tuscania sank in 1918. It had also been 100 years since the war ended so on that day we went down to the graves at Kilnaughton and sang that song to everyone who was there. Also there were some people videoing us and now we are on TV. Lots of other people were there and they were saying poems and at the end we placed these small crosses with poppies on the top and we put them around the graves and in the ground. I really enjoyed singing for everyone who was there. 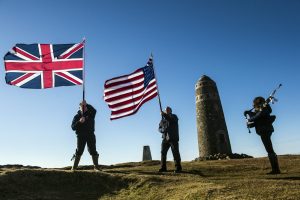