On Tuesday the 19th of September P6/7s from Islay and Jura went to Oban for the fabulous Stramash trip. At first I didn’t feel too sure about going but as it got closer I felt more and more exited. We were on the ferry first and then the bus for 1 hour in order to get to the hostel. By the time we were in Oban we had already got told who was in our groups and who was in our rooms. After the chat we went into our groups and discussed what we were unsure about and what we were exited for. That night we had already been in our rooms so we went and played games at the lovely Ganovan beach and grass. We played fun games in our groups but by then I just wanted to go to bed. 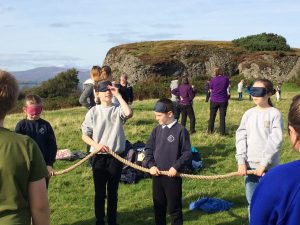 The next morning I woke up to a shock when I found out we were doing canoeing in about an hour, I wasn’t really sure about canoeing so it just made it even worse when I found out I had to wear a wetsuit! At the end of canoeing I found it WAS really fun so it made me more confident about the rest of the week. That afternoon we were doing coasteering, another one I wasn’t to sure about!  I thought it was just jumping off a rock into the sea but that was a small part of it. You had to climb rocks with barnacles on them then at the end you got to jump of the rock which was fun. That night we got to go swimming, the pool had a big slide in it so I went down it. My friend Taylor also belly flopped into the pool! 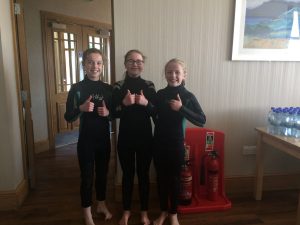 On Thursday morning my group was going gorge walking so I had to put on another wetsuit sadly. We got into the bus and drove to the gorge. Once I saw the currents I knew it would be fun so I had a go at going down on my back. I knew whatever I did I would be happy with but this one was even more fun than I thought,  it was so deep at the waterfall I couldn’t touch the bottom. We carried on up the woods until it came to a dead end then we went to the hostel to have lunch. There was lots of different instructors for each activity. After lunch my group did an adventure walk to the woods then a castle. Some of my friends that went before me said it was rubbish but when we got to light a fire it got interesting because it took my friend Craig  32 tries with the Swedish fire stick to light a fire. We then drew a picture of what we could hear and see. We then set off to the castle. Once we got to the bottom of the hill at the castle the instructor said a story about a whale a guy and a girl attached to the whales heart. After that we got to the castle and saw an eagle. That excellent day we had a bonfire that night so we got to toast marshmallows on it. 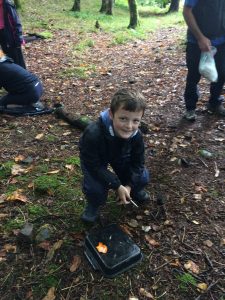 The last day we only had one activity left that was rock climbing. Once we got to the amazing Ganovan beach and grass we walked to the rocks. I never knew how much equipment you needed to wear until he explained that it was so safe. The first rock we climbed was easy. I did it with Robbie from Keils then we moved on to the next rock! It was scary at first because it was big but when I started I was up there in seconds. We had the choice to abseil down but I didn’t but some people did. 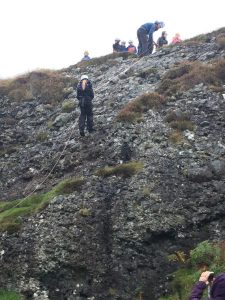 Overall I achieved making friends, rock climbing, abseiling, gorge walking and coasteering. The one that I found most challenging was coasteering because of the wave splashing up on to you. I found gorge walking the funnest because you got to float down the gorge. I also found rock climbing boring because you had to wait but when it was your turn it was so fun. I was scared of jumping of rocks and swimming in the sea but when I finished coasteering I overcame my fear.  Overall Stramash was brilliant and I did stuff I would of never thought I would of and I would certainly go back to Oban for Stramash. 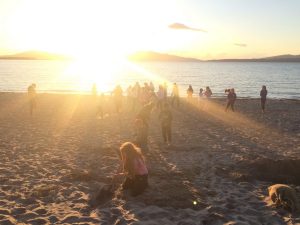