On Friday 18th of May our class went to Sumburgh Head to learn about local wildlife and sea life.  We partnered up for going on the bus.  When we got there a lady called Helen who works for the RSPB came on the bus and stood at the door told us a few safety rules.

After that we got off the bus and Helen took us on to the grass.  We played a game to learn about food webs.  We were given some cards with different names there was sand eels, the sun, human, seal, killer whale, the animal plankton and the plant plankton.  We learned that all the living things in an eco system are linked and if one species is in decline and it affects everything else.

Then we learned about the black on the cliffs.  It was lichen there are about six different species.  Then we learnt about some different types of dolphins and whales like the humpback whales and the orcas and many other whales, and then we had our snacks.

After that we looked at birds around where we had our snacks then we slowly moved up the hill.  When we got up a bit we stopped and looked at some puffins then we saw one of the puffins coming  and peeking out of its burrow then it went back into its burrow.  Then we looked though the telescope and we looked at some different birds.  Here are a few: shags, puffins, some guillemots, and kittiwakes.

After that we went to the lighthouse.  First we went to the aquarium.  On the wall there were lots of fish and at the end there was a little computer thing that told you about some fish and their prey.

Next we went through to a room that had a big model whale at one side and on the other side was a place where you put on some headphones and you press a button of a bird and then you`ll hear the type of noise it makes.  And also there was a bit where you can feel the inside a puffins mouth.  We also saw an egg shell and it came from some bird.

We all thought it was a great trip. 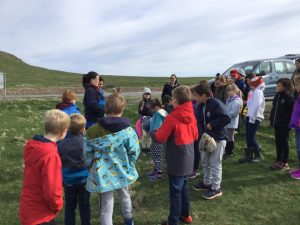 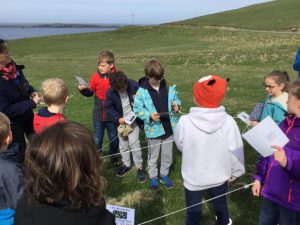 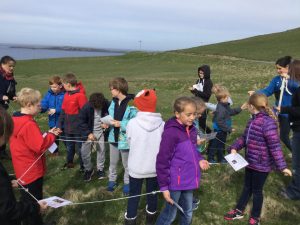 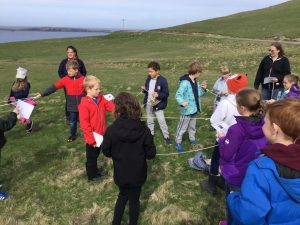 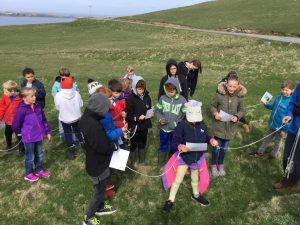 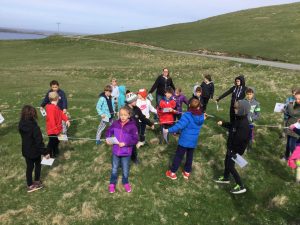 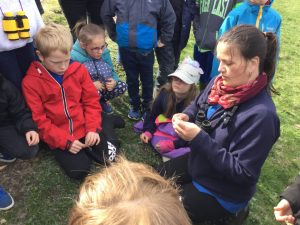 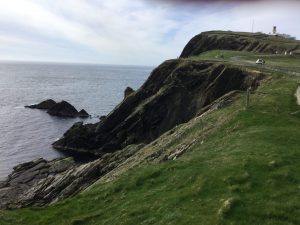 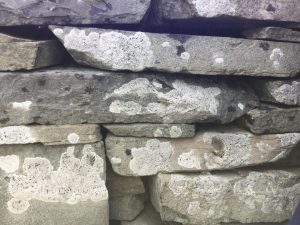 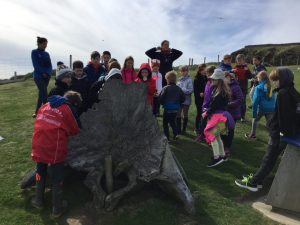 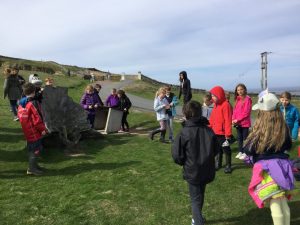 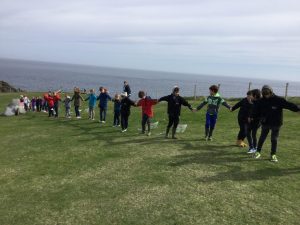 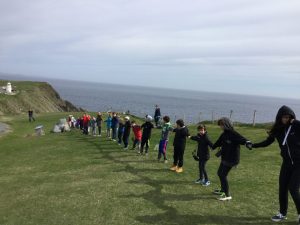 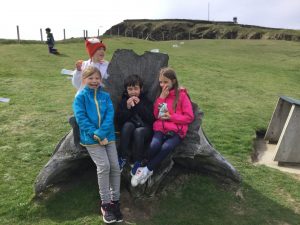 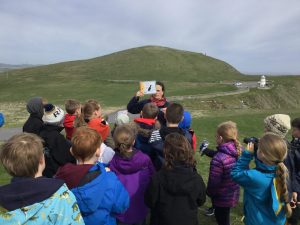 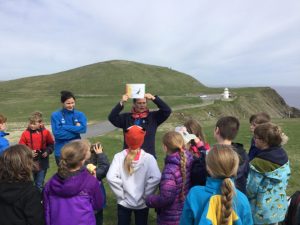 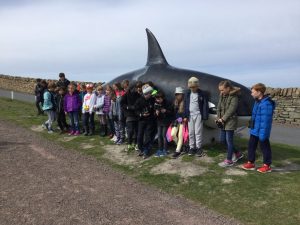