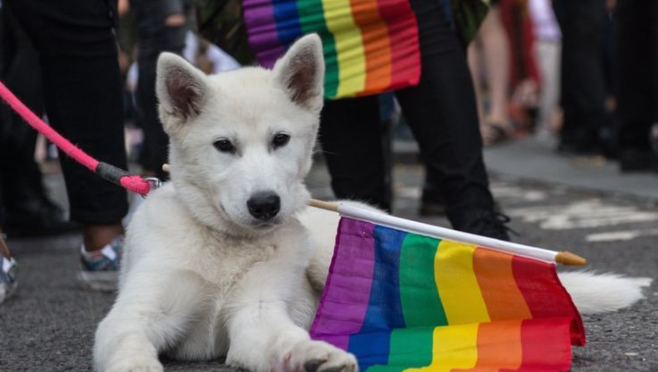 The Pride Alliance will be celebrating the meaning of each colour, starting with red = life in January. Check out the board in the foyer.

It is not uncommon to see the rainbow flag being proudly displayed as a symbol for the LGBT+ rights movement, but how did that flag become a symbol of LGBT+ pride?

It goes back to 1978, when the artist Gilbert Baker, an openly gay man and a drag queen, designed the first rainbow flag. Baker later revealed that he was urged by Harvey Milk, one of the first openly gay elected officials in the U.S., to create a symbol of pride for the gay community.

Each stripe of the flag has a meaning, including life, nature and harmony.

Gilbert Baker and many other LGBT+ icons will be celebrated each month from January on the Pride Alliance notice board. Each month we will use one of the colours as a theme, starting first with the celebration of life. We will link each of these to the United Nations Convention on the Right of the Child, giving us the opportunity to reflect on how we want our school, community and nation to grow in the future.