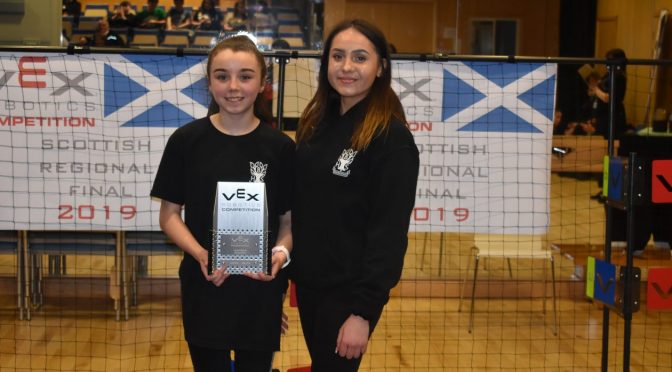 Congratulations to team “KOALA-T”, “Neptunes Angels” and “Anonymous” from Braidhurst High School for winning the regional championships and the Judges Award in the VEX Turning point Challenge. This year’s competition was held at New College Lanarkshire (Motherwell Campus) with Teams from North Lanarkshire Schools competing against each other for an “alliance place” in the UK regional finals in Tedford.

The Vex Robotics Challenge is the World’s Largest and Fastest-Growing Robotics Competition for High Schools, Colleges and Universities. In the VEX Competitions, presented by the Robotics Education & Competition Foundation, teams of students are tasked with designing and building a robot to play against other teams from around the world in a game-based engineering challenge. Classroom STEM concepts are put to the test on the playing field as students learn lifelong skills in teamwork, leadership, communications, and more.

Tournaments are held at regional, and national levels; local champions go on to compete against the best in the world at VEX Worlds each April. The club has been very well supported by North Lanarkshire and includes pupils ranging from S1 to S4. Currently the school’s STEM club has 21 members including three S5 female students, STEM ambassadors who have taken on the commitment to support the younger less experienced members. 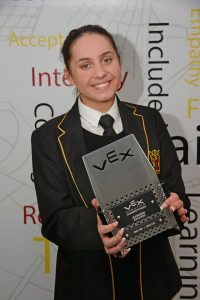