History teaches pupils many transferable skills such as critical literacy, essay writing and ICT, allows pupils to develop their leadership and collaborative skills through paired and group work and also develop skills of debate, interpretation and argument.

In S1 pupils come to History for 3 periods per week on a rotational basis (1 twelve week block). In S2 and S3 they come for 2 six week blocks. The courses provides pupils with the opportunity to become successful learners by developing their research and decision making skills. They have access to a wide variety of resources and are encouraged to develop confidence through collaborative learning and presenting their work to others. Through the use of a variety of assessment techniques, pupils are also encouraged to take responsibility for their own learning and their learning experience is also enhanced through an interdisciplinary approach with other departments such as Art, Geography, English and ICT.

The S1 course provides pupils with an introduction to History skills which will be developed as they progress through the courses from S1 to Nationals and Highers. In S1 pupils learn about:

In S2 pupils learn about:

In S3 pupils learn about:

In S3 we will continue to move through the BGE phase and introduce courses which will provide a framework for progression to National level courses in fourth year. The focus of study will be WW1 and pupils will study the following key aspects:

We then move onto a unit on Germany after WWI:

The History course in S4 will provide pupils with an insight into their own lives and the society in which they live. By examining the past, they will discover their heritage as members of a community, a country and a wider world. This will be achieved through the successful study of three units which will cover Scottish, British, European and World contexts. The course encourages the development of important attitudes including an open mind and respect for the values, beliefs and cultures of others; an openness to new thinking and a sense of responsibility and global citizenship.

Courses will be assessed both internally and externally, through end of unit assessment, end of course assessment and added value assignments.

History teaches many transferrable skills such as essay writing and ICT, allows pupils to develop their leadership and collaborative skills through paired and group work and can also develop skills of debate, interpretation and argument.

In S5/S6 the History Department offers courses at Higher and National level.

1.Scottish: The impact of the Great War

Scots on the Western Front 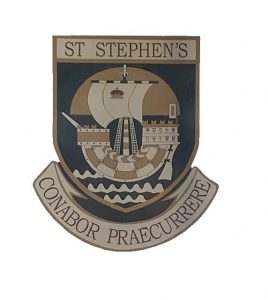