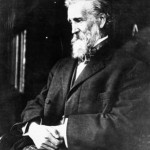 John Muir is possibly better known in North America, where he is recognised as the ‘father of the National Parks’ of the United States. He was the first person to call for practical action to cherish the world’s wild places. He became a founding father of the world conservation movement, and devoted his life to safeguarding the world’s landscapes for future generations. His birthday, April 21, is celebrated as ‘John Muir Day’ across the U.S. 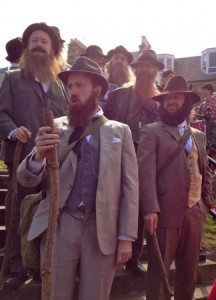 Born in 1838 in Dunbar, he was the third of eight children of Daniel Muir, a ‘corn dealer’. In 1849, his father who had become a convert to a religious sect called the ‘Disciples of Christ’, made the decision to emigrate. The Muir family arrived at the time of the Gold Rush and set up home at Kingston in Columbia County, Wisconsin. Life was harsh, with land to be cleared for the planting of crops. In 1861, he enrolled in the University of Wisconsin and picked his way through subjects haphazardly. It was a fellow student, Milton Griswold who introduced him to Botany and, in doing so, shaped Muir’s future and that of the landscape of the United States.

To Canada & the Travels Begin

‘Protector of the Wilds’

In 1863, Muir fled to Canada to escape being drafted into the American Civil War. From there his travels began, including in 1867 his famous ‘Thousand Mile Walk to the Gulf of Mexico’, the expedition that changed his life. With him, Muir, characteristically, took a New Testament and a copy of the poems of Robert Burns. From the Gulf, he moved on to Yosemite and viewed the Sierra Nevada mountain range and was committed to a life of exploration, writing and campaigning for conservation. His travels enjoyed none of the “luxuries” of modern day explorers. He travelled lightly in every day clothes and he did not carry a tent or a coat. In icy conditions, he simply hammered nails through his boots. It is unsurprising that he became a hero of the American West. He wrote and published, ‘My First Summer in the Sierra’ which propounded theories on the formation of the range in ‘New York Tribune’ articles and by 1871 was visited by the philosopher Ralph Waldo Emerson who was a lifelong influence on him. 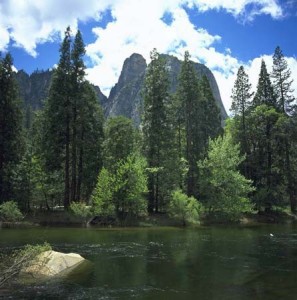 Marriage in 1880, to Louie Strentzel, did not keep him at home. He travelled by ship to Alaska where he was adopted, with the name of ‘Great Ice Chief’ by a native American tribe. His interest in California also continued and, in 1889, he proposed the establishment of Yosemite Valley as a National Park. Congress ratified this and in 1890 the first National Park was created, followed quickly by the first forest reserves. In 1892 Muir was instrumental in setting up what was arguably, his most famous creation of all, the ‘Sierra Club’. Muir knew that attitudes rather than laws were most important in protecting Nature. In 1903, President Theodore Roosevelt camped with Muir in Yosemite and became an admirer and ally of the Scot. During Roosevelt’s term, National Forest land in the United States increased to almost 150 million acres. Included in this area were the Mariposa Grove of Sequoia trees and the Grand Canyon. 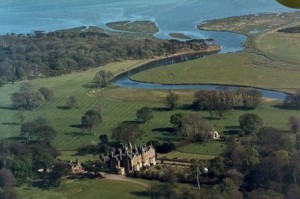 Muir died in 1914 from pneumonia, but the unified control which he believed necessary was achieved in 1916 when United States Congress passed a bill to create a National Parks Service, a model for this field throughout the world. The Sierra Club still exists as one of the major preservation organisations across the world. In Britain, the ‘John Muir Trust’ has, since its inception in 1983, adopted a policy of acquiring and managing wild land according to his ideals. In Dunbar, John Muir’s Birthplace has become a museum and the John Muir Country Park encompasses a variety of coastal habitats in East Lothian. 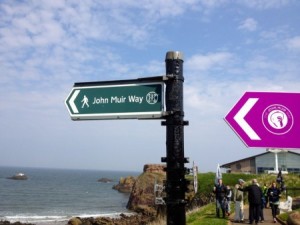 In 2014 Scotland’s then First Minister, Alex Salmond, opened the coast to coast pathway in Muir’s hometown of Dunbar on 21 April. Crowds enjoyed celebratory art, music and performance. John Muir lookalikes provided entertainment and thought-provoking quotes from his writings. Walkers, runners and cyclists participated by carrying flags, designed by local children, along the route. This was the first leg of a relay, ‘A Flag For John Muir’. On 26 April, the flags reached the other end of the John Muir Way, in Helensburgh. This is where the 11 year old John Muir and his family set sail for their new life in America, 1849.