The term Beltane is thought to mean bright fire. The festival’s origins lie in Scotland’s distant past when people lived by herding animals. They marked the seasons with community celebrations. Beltane signified the transition from Spring to Summer. 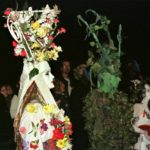 Before banks had holidays or even the advent of Christianity, there has been a festival held at the start of May to celebrate the first day of summer. Early agricultural peoples across Europe used seasonal indicators like the flowering hawthorn to mark the start of the summer in northern Europe. For the early farmers, summer was a time of warmth and plenty of food between the winter and before the hard harvest work, a great excuse for a party. 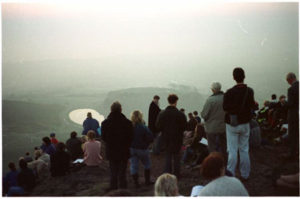 When the first Christians arrived in Britain to spread their faith, they used many of the existing customs as a foundation. Major Christian festivals like Christmas and Easter fall near important dates on the solar calendar like winter solstice and spring equinox. By incorporating familiar holidays and symbols, Christian missionaries could encourage piety without asking their converts to stop their fun or completely change their society. Even today, services are held at the top of Arthur’s Seat as the sun comes up over Edinburgh on May 1st. Images of the pagan symbol of rebirth and renewal, like the Green Man who is particularly associated with Beltane, have been included in Christian gravestones for centuries. 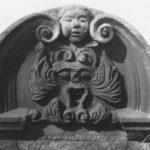 Bring Back the Best Bits

This basic need for a holiday still holds true today. In our increasingly hectic world, people are becoming more curious about their ancient ancestors and customs. Revivals of pagan celebrations of the seasons are becoming popular, and sometimes spectacular events. 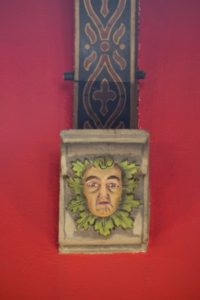 Green Man in the Great Hall at Edinburgh Castle

In Edinburgh, a contemporary Beltane Fire Festival is held on Calton Hill on the evening before 1st May to mark the beginning of summer. This variant of the Beltane festival was started in 1988 by enthusiasts, with academic support from the School of Scottish Studies at the University of Edinburgh. Since then it has become an immensely popular event in the city’s calendar, drawing on a variety of historical, mythological and literary influences including the Green Man and the May Queen.

Beltane celebrates fertility and the earth’s ripe abundance. Various rites were performed to ensure the fertility of nature and the fires were believed to purify and protect against plague and epidemics. Modern day Beltane festivals are mainly for public entertainment. 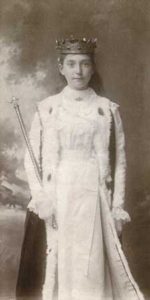 The Victorians also realised the value of a celebration for the whole community and began ‘reviving’ local customs in towns across Britain, like the Riding of Marches in Peebles to define the town’s boundaries. Here the Beltane originally celebrated the advent of the Summer Solstice in May and in folklore was a Celtic festival devoted to Baal, the God of Fire.

The modern celebration, marking midsummer, is primarily a children’s festival and incorporates the Riding of the Marches. In 1899, the first Beltane Queen was crowned with all due pomp and ceremony, moving the celebration to mid June. The Peebles Beltane Festival continues into the 21st century bringing tourism to the town.