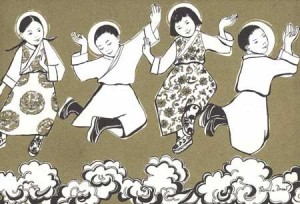 Christmas greetings cards have become a regular feature of the traditional British Christmas with billions changing hands within the UK each year, but where did this tradition begin and why did it continue to thrive?

The first Christmas card is thought to have been designed by British artist John Calcott Horsley in 1840. With the invention of the telephone still over 30 years away, sending hand-written letters by mail was the primary means of communication. Faced with the tedious task of writing to all his friends and family members with Christmas greetings, a friend of Horsley, civil servant Henry Cole, conceived the idea of a printed card bearing a suitable message which could be signed and sent to one and all. Horsley embraced the idea and produced a design which was published in 1843. Cole had 1000 of the cards printed and placed on sale at the rather princely sum of 1 shilling each. Little did he realise just how popular his idea would become! 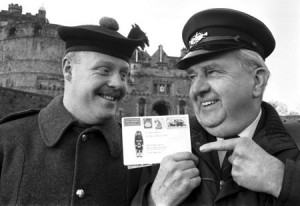 Times have changed since Henry Cole’s moment of inspired laziness: mail is no longer the mainstay of communication. The telephone network has joined up the remotest corners of the world and the cheap, paperless, instantaneous communication afforded by e-mail has threatened to make ‘snail mail’ altogether obsolete. The Christmas card, however, goes marching on, and in no small way.

We are still crazy enough about Christmas cards to cause enormous disruption to the postal system every December. This year, postboxes will be stuffed with an estimated 2 billion cards and on the busiest day the national mailbag will contain almost double its usual 84 million items. Such is the congestion that Royal Mail recommend posting second class seasonal dispatches 8 days in advance to guarantee arrival in time for the big day. 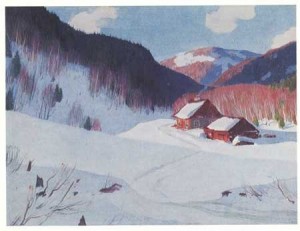 Two billion cards amounts to a lot of paper and a lot of spending. Many consumers are now looking for more conscientious ways to enjoy the tradition. Each year, around a quarter of shoppers will choose charity cards in the hope that good causes can benefit from their seasonal spending. However, the percentage of proceeds finding their way to good causes varies widely. Research by the Charities Advisory Trust suggests that some charity cards are just not all that charitable after all: the most miserly example they uncovered passed only 0.3% of proceeds to the named good cause. Others will aim for a more ethical celebration by boycotting Christmas cards altogether, feeling that their seasonal goodwill is better expressed by not contributing to the tonnes of paper waste generated from cards each year.

‘Tis the Season to Recycle?

Christianity back into Christmas?

Horsley’s original card had its opponents too, but for different reasons. It bore an image of a family raising their glasses to Christmas which incited fury amongst Puritans of the time. In what was still very much a Christian state the uproar was caused by the association of the evils of alcohol with the sanctity of the feast of Christmas. It is interesting to note that, while scenes of the Nativity and other connected imagery went on to become regular features in the design of Christmas cards, the genuine article was quite secular in its design.

Controversy about the presence or absence of Christianity in Christmas traditions rages in Britain to this day with many Christians bemoaning the seeming transformation of the feast from a religious event into an orgy of consumerism. Others would praise the fact that in our modern British society, one characterized by a far more diverse range of religion and cultural traditions than the Victorians would have recognised, the goodwill of Christmas is now often shared across faiths and cultures. The disagreement reaches beyond the UK too. In 2005 the president of the USA received angry feedback about the official White House Christmas card: the secular design of the card horrified some recipients (it featured two of the head of state’s pet dogs frolicking in the snow on the White House Lawn).

The official White House card illustrates how the sending of Christmas cards has become protocol in the USA. The same is true in Britain: businesses are careful not forget their customers, and refuse collectors all over the country will receive cards from perfect strangers during the season. Is a Christmas card from the paperboy evidence of lasting Christmas spirit or just a hint that a tip might be in order?

A wide variety of designs have evolved to suit these myriad purposes. Horsley’s original design showed a scene of Christmas cheer. Cards like this are still popular, alongside Nativity scenes and informal cartoons. When the Christmas card was still a relatively new idea the Victorians became very fond of elaborately engineered pop-up and trick cards. Nowadays, hand-making cards is a popular hobby and parents everywhere are still best pleased with the lovingly prepared designs in glitter and glue brought home by their sticky-fingered schoolchildren.

What makes a good Christmas card? Can a piece of stationery really embody the Christmas spirit? Why not try making a Scran card to find out? Search for an image and click Create to make a greetings card in a few easy steps and see if you can make someone’s Christmas!