Today we visited a planetarium in our gym hall. Continuing the Science Week theme of journeys we went on a journey to the moon in the past, the moon in the future, the stars, Mars and Jupiter. This was very interesting as we have recently completed research projects on a planet from our solar system. We also posed a question we were interested in, and then found the answer to share with the class.

“The pictures are quite dark because the planetarium had to be dark so you could see all the stars and planets.” Heather

“Light pollution from street lights makes it hard to see the stars so we can only see the brightest when we are outside.” Ayah

“If you go to the countryside you can see more stars.” Emily 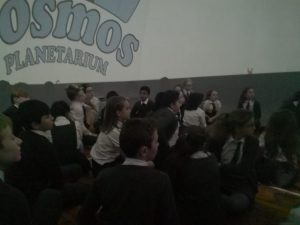 Below is a picture of Jupiter.

“It is the biggest planet in the solar system. It was Steve’s favourite planet (The man who ran the planetarium) because it is interesting.” Dasha.

“It is the King of the Planets.” Heather 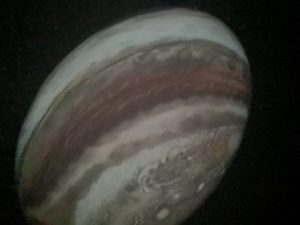 Below are pictures of Jupiter’s moons. “These were the first four to be discovered. They were discovered by Galileo Galilei.” Sonny

“He saw them first because they were the biggest.” Tom 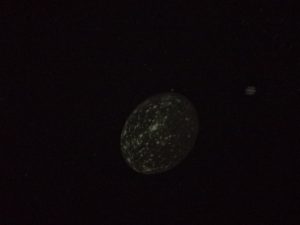 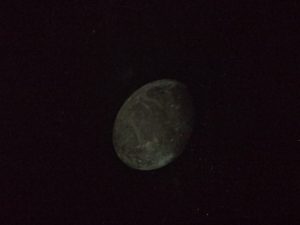 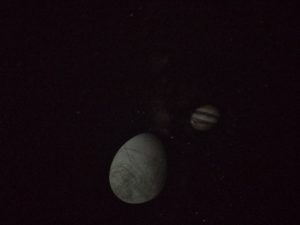 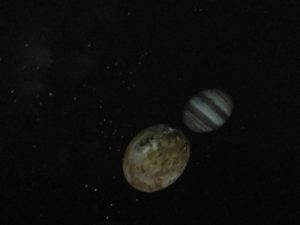 “This shows the orbit of the four moons.” Cameron 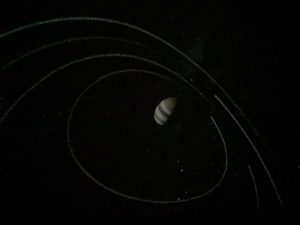 “The big red spot is a storm that has been going on for a long time.” Adam

“”You could fit three Earth’s in it side by side.” Tom

“The red colour comes from the gases.” Max 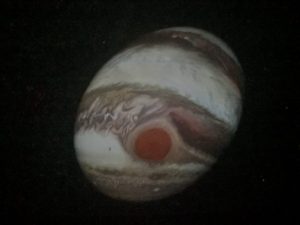 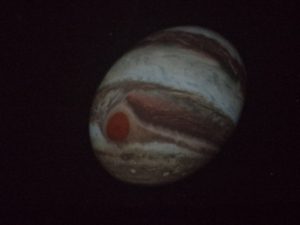 “This is Roz the explorer that will be sent to Mars.” Abby

“It will take 6 months to get there and then it will dig down to see if there is life underneath.” Tom

“Once it gets to Mars it will stay there. It will send pictures and information back.” Emily

“It can identify life on the planet(biological matter).” Adam 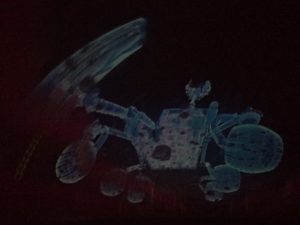 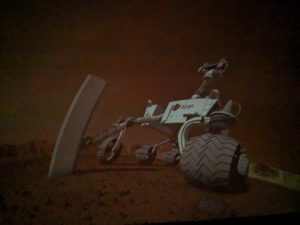 “This is a footprint on the moon. It was made by Neil Armstrong. He was the first man to step on the moon.” Ayah 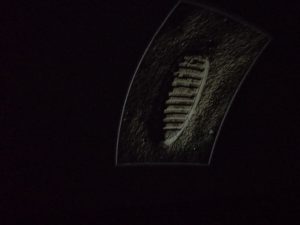 “When Neil Armstrong went on the moon he was joined by Buzz Aldrin.” Adam

“Michael Collins was there too but he stayed on the shuttle. Someone always stays on the rocket.” Reuben

“12 people have seen Earth while standing on the moon.” Lewis

We all enjoyed the experience.

“It felt like you were moving when you watched it” Hannah

“I liked when we saw the future moon. He said that in the future people might be able to live on the moon. It had big solar panels and garden areas.” Alasdair 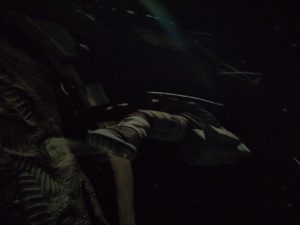 “I liked the star constellations” Aaliyah

It was a great day!