Playful Tiger is for children and young adults with Autism with a focus on sensory engagement.

Tickets are still available for this performance on Friday 21st September. 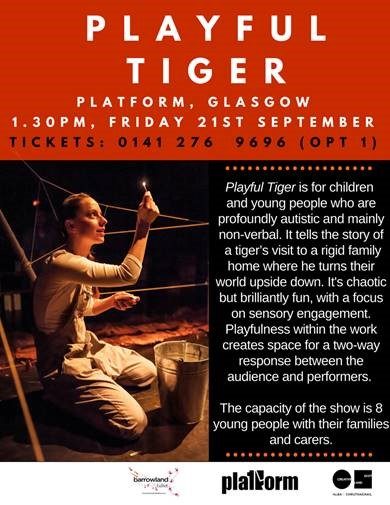 Staff and pupils are ready to perform to some very important visitors this morning.

A huge shout out to Mrs Laurie and all the staff from Loch Ness Wing who have worked non stop preparing for this event, from rehearsing to making scenery to making costumes.

It was great to see all the pupils involved and so proud of their achievements and participation.

Look out for the video coming soon.

Farewell to Rob and Rebecca

Class Arran put on an amazing performance of Roald Dahl stories as part of their assembly and as a goodbye to Rob and Rebecca.

A magical sensory story involving Matilda, James & the Giant Peach, Miss Trunchball and lots of others characters who travelled on their journey throughout the year as part of their Literacy study in class.

An amazing performance from start to finish and had the pupils, parents and staff  totally engaged and engrossed in the performance!

Coming soon….. The Magic of Showbiz! 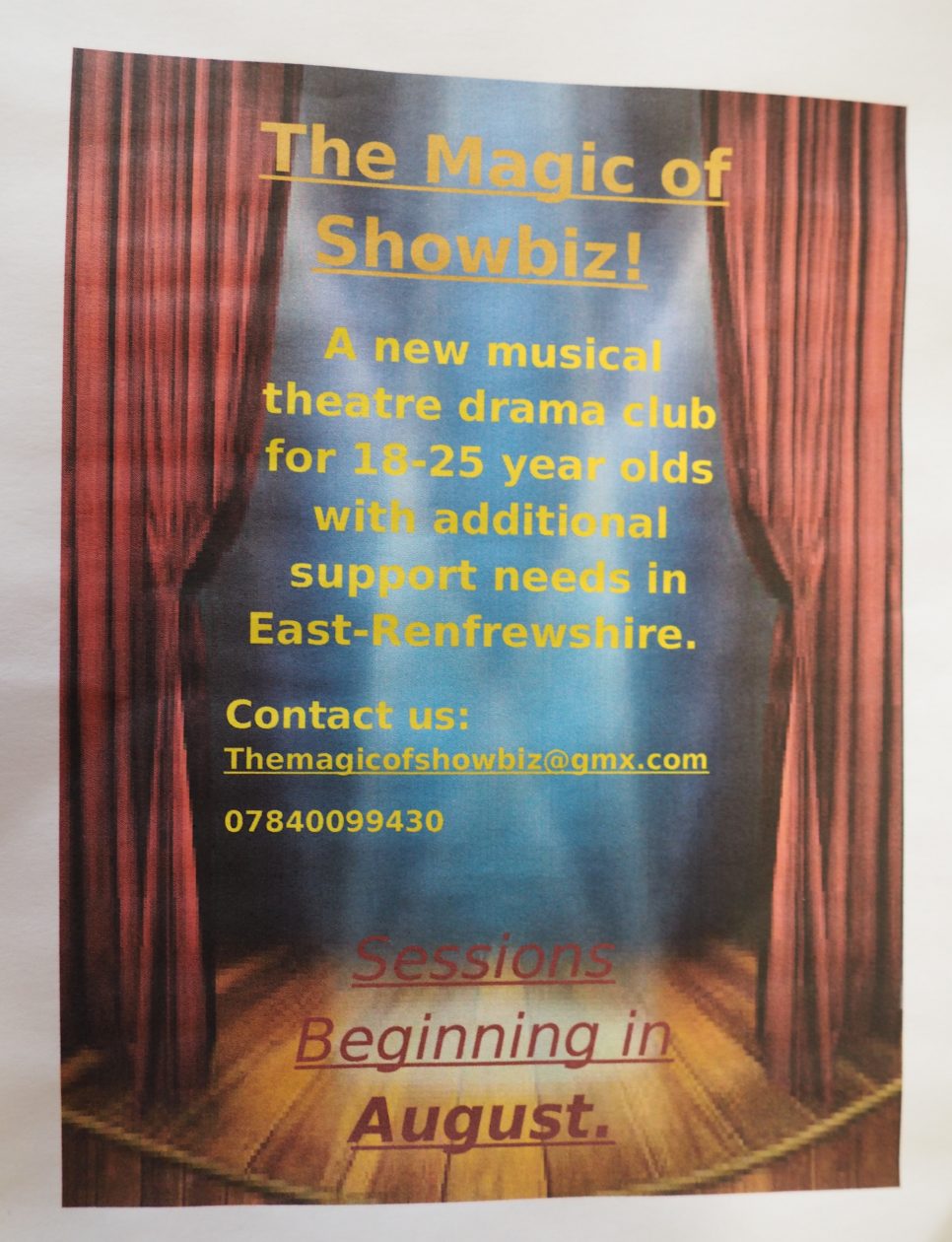 Classes Lewis, Staffa and Jura have worked with staff including Zoe and Aby from the Lifelong Learning department at the Royal Conservatoire Scotland this week on a Limitless workshop called “Under the Sea”.

Today class Lewis came bouncing into the adventure as they
were so excited to be back working with the students again.

They were so engaged and immersed in the theme of the
project under the sea.

The pupils had the opportunity to experience dance, music
and drama under the umbrella of “Under the Sea”. The repetition
of the songs immediately caught the attention of all the pupils.

Exploring instruments and the sensory props were a
particular favourite but the intensive interaction and
joint communication that was taking place between the pupils
and the students was very emotive.
We had Fay playing along with the guitar, Alexander
singing, Matthew shaking the shakers, Robbi and Zakeeb joining in
with the parachute games and Christopher was our very
own camera man,  interested in the filming that was taking place.

Have a look at the photographs of Class Lewis’s session.

Many thanks to the  4 students, Jen, Joe, Sharon and Hannah from Royal  Conservatoire Scotland  for working with pupils from Class Tiree.

The pupils gained so much from the workshops and
the performances. They had a great time forming friendships
and exploring the theme of ‘finding your voice’; finding who you
are and being proud of it.

The session finished today with two performances to staff
and pupils from school and also to some of the students from the Royal Conservatoire course.

Class Tiree have been working with a group of 4 students from the Contemporary Performance Practice at the Royal Conservatoire of Scotland.

The drama  topic they have been working on is exploring the theme of ‘finding your voice’; finding who you are and being proud of it.

The pupils from Class Tiree have been working hard the past 2 weeks and today they performed to some of the classes. The students also had a visit from their lecturers and they had a chat with the pupils from class Tiree.

We are so excited to be involved with a group of 4 students from the Contemporary Performance Practice at the Royal Conservatoire of Scotland.

The students  are going to be working with some of our primary 6 and 7 pupils on a 3 week project, with the aim of creating
a performance to share on the 3rd week.

The topic will be  exploring the theme of ‘finding your voice’; finding who you are and being proud of it.
Often society can bring a member down if they are ‘too’ different. We want to defy those thoughts and attitudes and celebrate all our differences together.

Some of our pupils attend the Saturday morning drama club, Glee.

This Saturday sees the end of all the hard work and rehearsals.

Some of our pupils attend the Saturday morning “Glee Drama Club” and are starring in the Cinderella Show at Eastwwod Park Theatre on Saturday 22nd February at 6pm.

Please come along for a fun evening and support the wonderful performance from pupils who have been rehearsing really hard.

Tickets are priced at £3

Room on the Broom

Well done to classes Orkney and Staffa who have just performed their drama performance of Room on the Broom to some of the children from the Family Centre and pupils from Class Iona. This was their second performance as the first performance took place in our outdoor atrium as part of our outdoor learning week.

A great performance from all the children involved with lots of new skills being acquired, especially performing infront of an audience.
Pupils from Class Staffa were the characters from the story and the pupils from Class Orkney were magnificent with the voice overs and special effects.

A short video was made of the performance and you can see some of the photgraphs below.