Pret a Manger are suffering consequences after a court case regarding the death of a 15 year old girl on a British Airways flight to France. 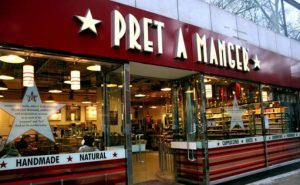 In 2016 Natasha Ednan-Laperouse suffered a serious allergic reaction after she ate an ‘artisan‘ baguette from Pret a Manger, which contained sesame seeds, in Heathrow airport – after the company failed to present the customers with the correct allergen information.

The teenager had boarded a flight to France where she suffered a serious anaphylactic shock. Natasha collapsed on the plane, suffering from a cardiac-arrest – despite her father injecting two Epipens to control the reaction. Despite this she sadly died shortly after at a hospital in Niece.

Natasha had recently finished school for the summer break and was heading to Niece for a four day holiday with her best friend and her father. The 15 year-old took unwell about 20 minutes into the flight before becoming so ill she pleaded with her father to help her. Her Father described the ‘agony‘ he felt ‘holding the phone to his daughters ear so that his wife and son to say goodbye to her when he realised she might not survive the reaction‘. As reported by her father to the BBC in 2016. 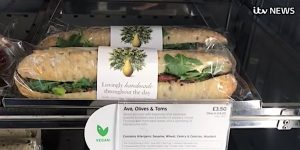 According to EU regulations, sesame seeds are one of 14 allergens that consumers must be made aware of when used in ingredients. However in the UK’s food regulation 2014 it states that freshly made non pre-packaged foods do not have to be individually labelled. Pret a Manger have said that ‘at the time of Natasha’s death the products would not have been individually labelled which is within UK regulations‘. The company also said that ‘in fridges and at till points it is advised the consumer with allergies is to speak to a manager or to see it’s allergy guide.‘ There has been allegations made against Pret, outlining that there wasn’t any signs stating that you could in fact ask a manager for allergy advice.

Before this horrific incident, there has been 9 other cases of severe allergic reactions regarding sesame seeds which occurred with Pret a Manger within the year before Natasha’s death. This included 6 which regarded an ‘artisan‘ baguette much like the one which caused the death of Natasha. A woman in West London nearly died due to the severity of her anaphylactic shock in October 2015.

On Monday there is to be an inquest into the death of Natasha Ednan-laperouse where Pret a Manger and British Airways will give extensive reports as to what happened on July 17th 2016.