With the current global pandemic, media outlets are solely focused on broadcasting and keeping the public up to date with the latest information regarding the coronavirus. Inevitably, not everything that you read on the internet is completely trustworthy, and there are a number of different factors which need to be considered to discern fact from fiction.

It is becoming increasingly difficult not to succumb to believing some of the garish claims out there, especially those circulating on social media. Social media has a big part to play in the distribution of unreliable information due to the large range of far-fetched conspiracy theories circulating on different platforms. From baseless speculation regarding the origins of the virus, to alleged ‘cures’ being leaked, the amount of misinformation is endless. Hence why it then becomes important to be able to detect false stories. Common misconceptions about how the outbreak commenced include: ‘bat-soup’ and it being manufactured in a lab. Reading deeper into these claims, scientific evidence has rendered them incorrect.

Additionally, declarations that 5G networks can facilitate the spread of the virus, have taken the world by storm. People believe that the symptoms are caused solely by the radio waves from 5G networks which can compromise people’s immune systems and increase infection rates. However, despite many people maintaining strong opinions on this matter, there has actually been no proven link between these radio waves and the spread of the virus. 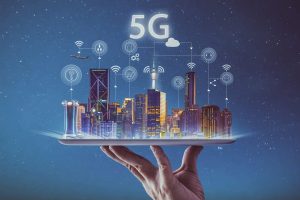 Alleged ‘cures’ have been leaked posing a potential threat to those who follow these outlandish remedies. A man in the US died last month after ingesting a product made to clean fish tanks which contained Hydroxychloroquine, after it was hailed by President Trump as a miracle cure. This false advertising, branding these drugs as cures, can potentially harm those who take the information quite literally and ingest products containing toxic chemicals.

Furthermore, President Trump again received further backlash from his implausible claim that administering disinfectant into the body could treat Covid-19. This immediately led to a significant increase in poison control centre calls after a number of people panicked after ingesting bleach. This highlights the impact that dubious information can have on the general public, in most cases causing more harm than good. Absolutely no evidence whatsoever hinted to these being safe and effective ways to treat coronavirus symptoms, so it is important to remember that if there has been no successful trials or research conducted on it, it probably is neither safe nor reliable. 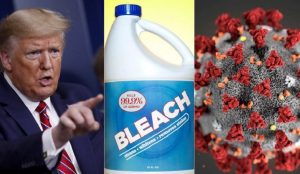 With so much new information released every day, it is often hard to keep up with what is trustworthy and what is unreliable. The huge platform that social media provides means that virtually anyone could spread false information which has the potential to reach millions every day. This reiterates the point that due to the increasing amount of disinformation spreading online, we must be wary and cautious about believing claims which have no scientific evidence to back them up.