The Return of Football 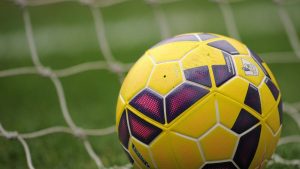 In the midst of this global pandemic, entertainment is becoming more and more of a precious commodity. Almost all televised sporting events have been cancelled due to concerns over public safety and quarantine has been imposed
throughout the entirety of the UK. The current state of boredom throughout the land has many football fans pondering the same question, will football return?

This question currently has no answer much to the dismay of the nation. Discussions are underway between the leagues and the government, but at this moment public safety remains a priority.

The current coronavirus pandemic has caused havoc within Scottish football, with the vote concerning a premature end to the season creating chaos in the media. The vote gave teams the option to finish the season early and begin preparation for the 20/21 season, but for title challengers and those still hopeful of survival, this was not a welcome vote. The deadline was 17:00 on Friday the 10th of April, but at this time 3 teams had not voted. The only important team left to vote were Dundee F.C of the championship and after a series of problems regarding a WhatsApp group and withdrawn votes, Dundee voted to end the season as it stands.

However, this decision was not taken lightly by SPFL title challengers Rangers who at this moment sit 13 points behind reigning champions Celtic, Rangers say that the investigation into Dundee’s belated and decisive yes vote “alarmingly failed to examine wider fundamental issues” and they

claim to have a “dossier of evidence” they will make available. I personally emailed Rangers for a quote about the situation but they declined to respond. The SPFL say that the claims made by the Ibrox club are false as there is “no evidence of improper behaviour”, at this moment the SFA have the authority to end the season and declare Celtic champions for a record equalling 9th time, but over the past two weeks no decision has been made and the season is scheduled to return on June 10th after a lengthy hiatus.

Across the border in England there seems to be a consensus between clubs that the Premier League will return in due time and that the season will be completed. However, the cancellation of the Eredivisie (the Dutch league), has started to create uncertainty especially amongst the supporters of run-away leaders Liverpool. Having said that, fans can breathe a sigh of relief as no decision has been made as of yet, and this Friday when all 20 clubs hold their latest conference call it is expected that discussions about closed door games will be the priority of the meeting. UEFA themselves have recommended that the seasons be played out during the time period vacated by the postponed Euro 2020, and I am sure this would be welcomed by supporters who would be able to watch their teams in the small window of good weather that this country has to offer.

Although the thought of the sun in the sky and glorious away days may sound appealing, footballs return could create an even greater problem for our NHS with many thousands of fans travelling the length of the country and quite possibly spreading the highly infectious and still relatively mysterious COVID-19. Matches behind closed doors, at least until the new season begins, seem to be the best solution for keeping football fans safe. However, as former Rangers striker Kris Boyd so eloquently put it: “No one wants to go and see their team play behind closed doors” and in a sense he is correct. Football is all about the atmosphere and the occasion and without the multitude of singing fans supporting the teams, the sport we know and love may lose its excitement.

Furthermore, the thrill of watching your favourite players play for your club may also be in jeopardy when the return does take place, as contracts for players renew on June 30th and if a player is out of contract, he will become a free agent. If the season continues into July many teams may be without players that are crucial to not only their system, but their chances of success, for example; John Lundstram of Sheffield United is out of a job as of June 30th, Lundstram has been a vital part of United’s meteoric rise from League 1 to a possible Europa League spot; Willian of Chelsea would also have to bid farewell to his home of almost seven years at a point in time where Chelsea are short of the world class players Stamford Bridge has become accustom too. Loan deals are less of a worry as most agreements consist of an immediate transfer fee, but for smaller clubs in need of money after the extended period of no matchday revenue, selling may no longer be an option and teams such as Manchester United and Liverpool will reap the rewards. 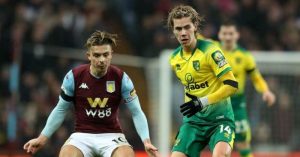 The current unclear times will leave some clubs in a rather precarious position, players such as Jack Grealish and Todd Cantwell will most likely be sold in order to keep their respective clubs alive, and this is at Premier League level. For teams in the lower divisions of Scottish football who receive no money from television rights, this pandemic could be the nail in the coffin. When football does return, smaller teams such as Albion Rovers and EKFC need your support on game day, so please go and cheer them on.

For now at least, the world has more pressing matters at hand than the continuation of sport, but for society the metaphorical electricity that football creates could not return sooner. If you are like me and are in desperate need of something to fill your lust for football, the Belarusian league is still currently underway with Slutsk leading Isloch by a point. It may seem trivial during these unprecedented times to be worrying about football but if we forget what we love and fall foul to negativity then the struggle against coronavirus will have been for nothing, it’s our passions that give us life. Stay home, stay safe and get ready for when that whistle blows and the first ball is kicked.