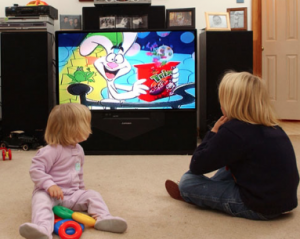 As previously stated I have wanted to do some research into how advertising is affecting children and young people. I have been doing work for this industry for 5 weeks so I know that the point in advertising is to make people want to buy the product and do it in a way that will make them really want to buy the item or buy it on whim because the offer is in front of them at the time.

We are affected by advertising every single day. From the moment we wake up and turn on the television to the magazine we read before going to bed (Lusted, 2009) and this is why I have done some research on how it can affect children and how food advertising has an effect on them.

Jordan and Romer state that the issue we face now is not whether food advertising causes harm to children but it is how to safeguard children and young people from its “negative influence”.

Additionally, they state that to solve the issue of advertising negatively influencing children ranges from educating young people about media literacy and the positive impact healthy eating will have on  their bodies to protect them from exposure to unhealthy advertising; to promoting healthy diets and physical activity through advertising and social media.  This allows me to understand that as a teacher I should be ensuring that children know the importance of healthy eating and the effects that an unhealthy lifestyle can have.

Calvert and Wilson (2011) state that “children’s food habits are acquired in early life (Birch 2009) and the structure of what children watch in advertising is not written onto a blank slate in terms of reception by the child; rather it is 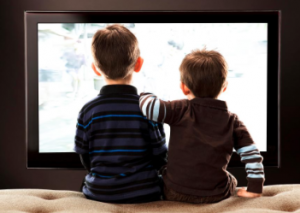 assimilated into an already set of established set of preferences and choices.”

Calvert and Wilson also suggests that children go for the unhealthy food options as it more often than not will contain a free toy. This is an important marketing ploy from companies that will encourage children to eat their food for the toy and keep coming back so they can have the whole collection.

I feel like this post from the reading I’ve done has quite a negative outlook on advertising. Without advertising companies would not be able to make their money and encourage consumers to shop with them.

However, there are arguments that advertising can have a positive effect on children too. Adverts with children playing sports and having fun will encourage children to exercise and keep fit and healthy (Nurmi, 2013).

Positive adverts do not just affect children. Positive outcomes can also include public service advertisements. Many public service announcements talk about about health, safety and national security which allow people to remain safe and healthy in life (Morely, 2017).

Calvert and Wilson (2011) The Handbook of Children, Media and Development. Oxford: Blackwell Publishing

Jordan and Romer (2014) Media and the Well-Being of Children and Adolescents. New York: Oxford University Press

Morely (2017) The Positive Effects of Advertising. Available at: http://smallbusiness.chron.com/positive-effects-advertising-24688.html (Accessed on: 18th April 2017)