After our input on chance and probability, I was intrigued to investigate the true meaning of randomness and how this relates to our everyday lives.

Randomness in our lives

Randomness is a concept I found very interesting when researching as I never realised how difficult an idea it is for humans to grasp. As humans, we intuitively use our memories to predict what will happen next, whereas true randomness has no memory of what came before (Bellos, 2010). Although we can make educated guesses as to what is to come based on experience and scientific explanation, we really cannot guarantee an outcome for anything.

A funny example of this, as explained by Bellos (2010), is when Apple CEO Steve Jobs had to change the programming behind the ‘shuffle’ feature on iPods. Customers complained that when they used this feature the songs that played were often from the same album or by the same artist. Yet this is extremely possible with randomness, as it does not consider what has already been played. Steve Jobs responded to this feedback by altering the shuffle feature to make it less random, defying the point of randomness altogether!

So why are humans so bad at understanding the concept of randomness?

It is in fact because we have no control over it! As humans, our natural instinct is to give explanations for what happens in our lives – by projecting patterns – and having control in our situations (Bellos, 2010).

I think this relates to the problem humans have when they blame their situations to bad or good luck. Some of us are so invested into the ideas of karma or superstition that we start to lose sight of all the various factors which contribute to our fortunes/misfortunes. Although we might be reluctant to admit it, the random occurrences we encounter come down to chance (Lane, 2011).

An interesting discovery based on luck however, is that “people who believe they are more lucky, are actually likely to be more lucky, because they are more willing to take advantage of opportunities” (Lane, 2011). Furthermore, after carrying out research over several years, Wiseman, (2003) suggests that good luck and bad luck come down to our behaviour and attitudes more than anything else. He explains that lucky people generate good fortune through four basic principles: creating and noticing chance opportunities, listening to their intuitions, having positive expectations, and adopting a resilient attitude (Wiseman, 2003).

It is important to note here that Lane (2011) and Wiseman (2003) suggest that we have control over how we experience a situation rather than have control over the situation itself. For example, someone who considers themselves as lucky may feel lucky about breaking their leg after falling because at least it wasn’t their neck. I think this is where the confusion comes in for humans. We often put a lot of faith in luck, instead of accepting the randomness of events which occur in our lives and facing these events with a positive attitude.

In my opinion, it is not so much the issue that humans do not understand randomness – it’s that we need to accept it! If we accept randomness it is said that we can live a much more carefree and optimistic life (Lane, 2011). It is vital that we teach the concept of probability and chance in school from an early age – not only because it enhances prediction and problem solving skills but so that children can get to grips with this concept and can explore how it relates to their everyday lives (Taylor, n.d.). 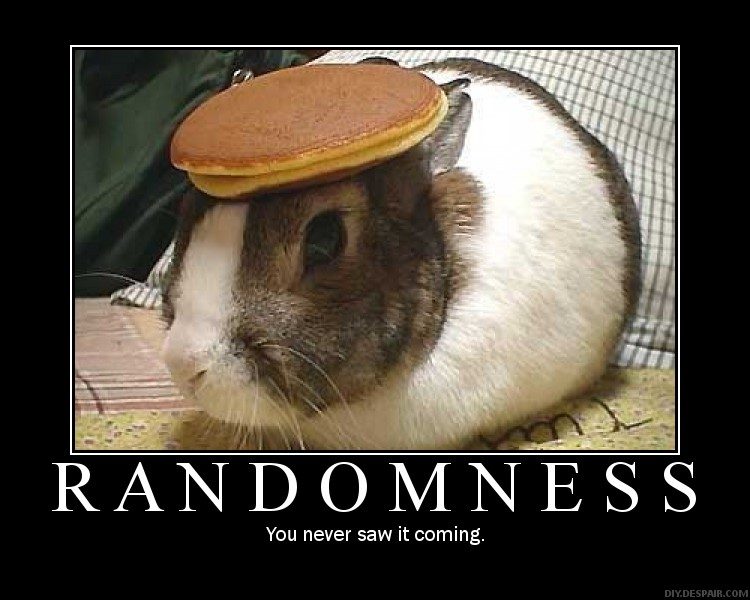 Bellos, A. (2010). And now for something completely random. The Daily Mail. [online] Available at: http://www.dailymail.co.uk/home/moslive/article-1334712/Humans-concept-randomness-hard-understand.html [Accessed 16 Oct. 2017].