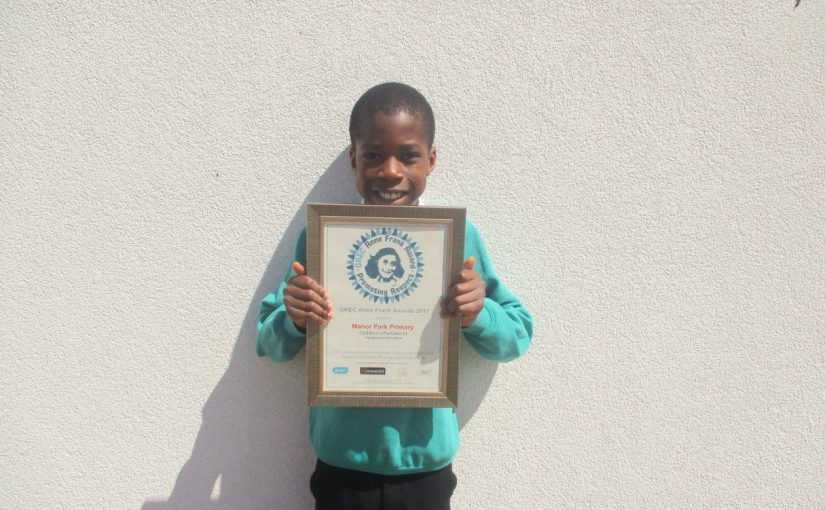 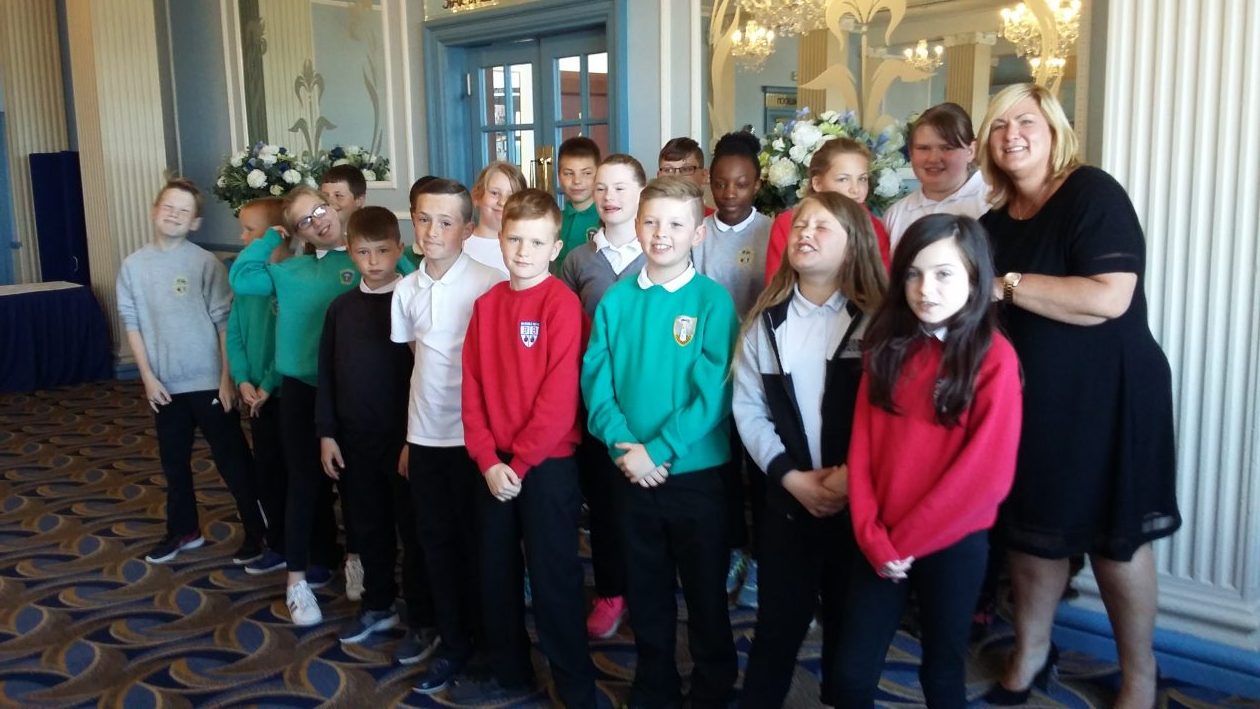 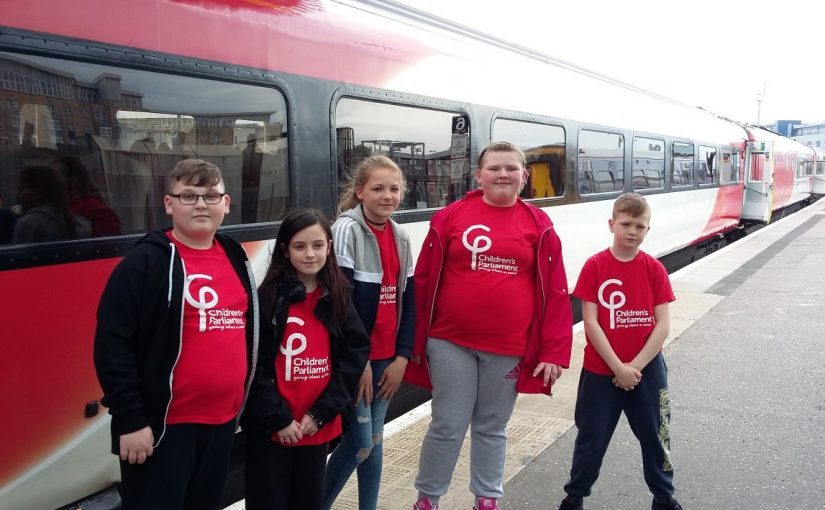 “On Tuesday 23rd of May we went to London with Catrin, Sarah and Mr Gray (our teacher). We went to the Houses of Parliament to get a tour. Our MP Kirsty Blackman was going to do this but because of the election we met with her before we went and asked her questions about her job and her life between London and Aberdeen. 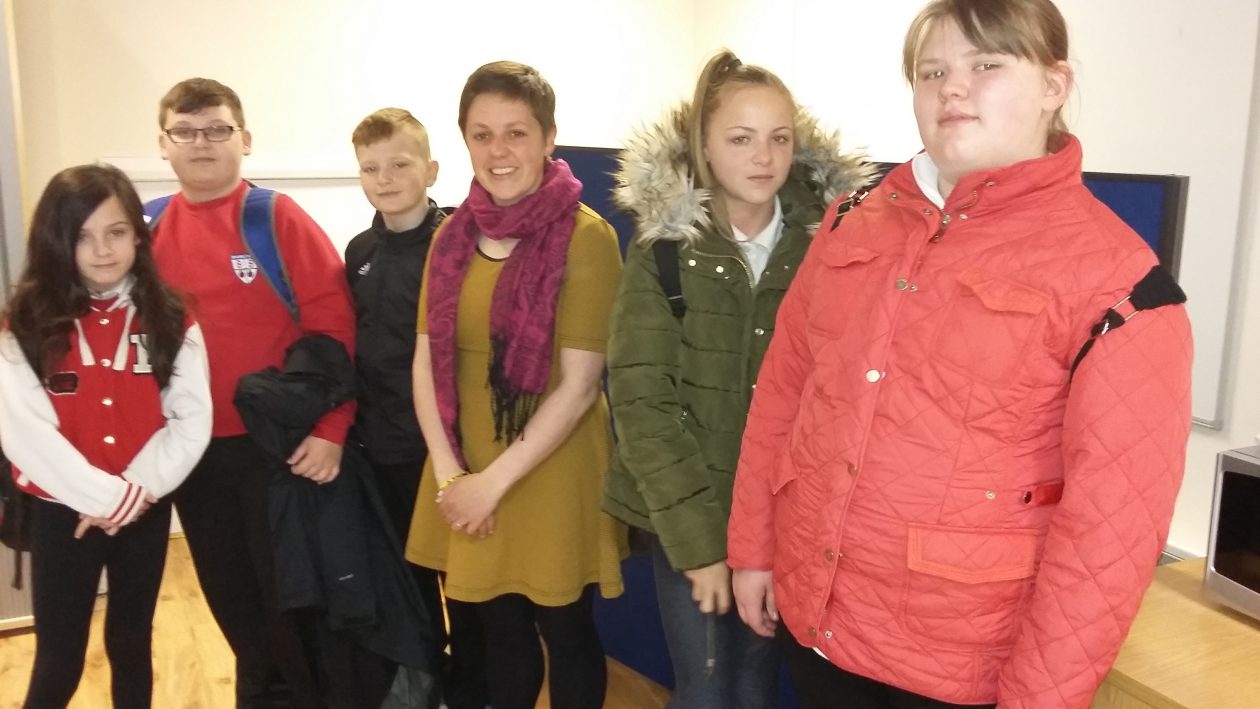 One our tour we seen where Queen Victoria sat and where she got changed into her robes for the opening of Parliament. The roof in Elizabeth’s dressing room was covered in gold and the carpet red. 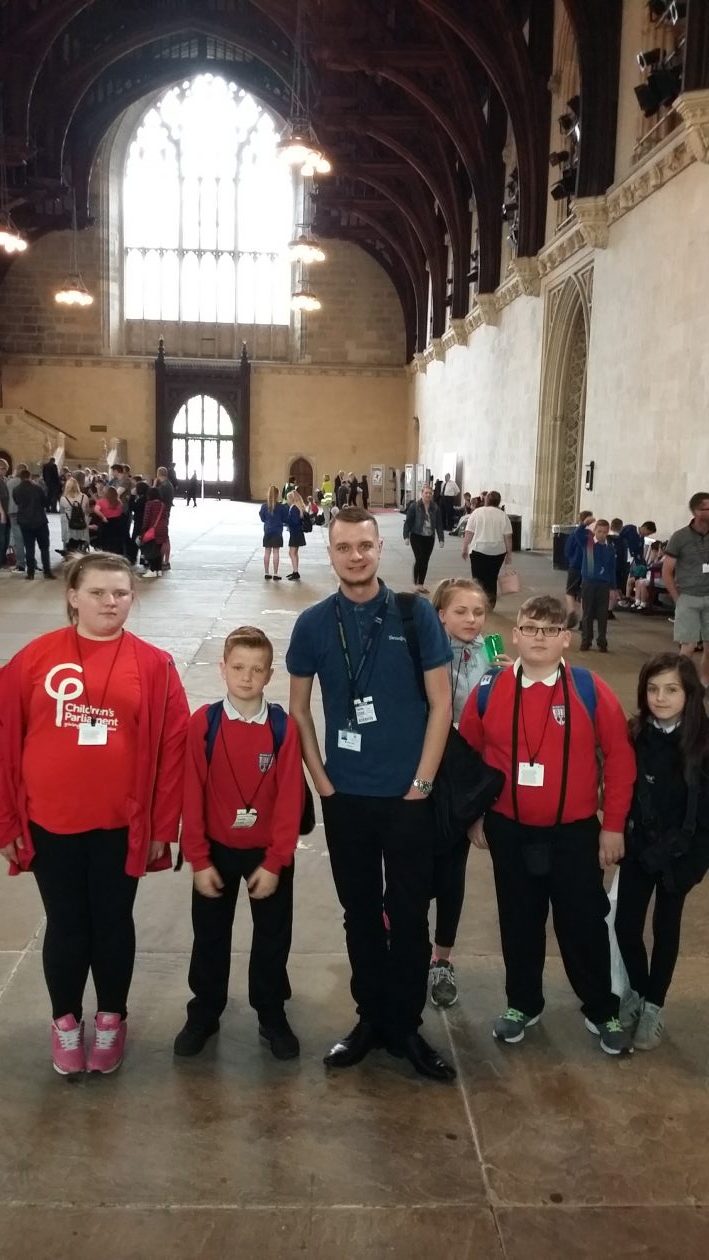 We learned a lot of things but here are a few things that stick in our minds:

At the end of the anteroom there was a statue of Queen Victoria. The purpose of this statue was to make Queen Victoria feel more comfortable while she said her speech. Queen Victoria used to be so nervous she would scratch at the side of her chair and tap her feet on a small stool.

In the past no man or women had the right to vote. Men got it first but woman had to continue to fight for it. They came into parliament and threw flour everywhere last century. After protesting they finally got the right to vote.

My favourite part of coming to London was the bus tour because it took me to different landmarks and beautiful buildings. It made me feel privileged as we are the first people to do this in our school.

We London because the lights at night looked incredible. The city feels alive. We liked the building designs and how unique they are. It made us feel even smaller!

The London trip made me happy because we got to share rooms. The girls with the girls and the boys with the boys. It was fun!” 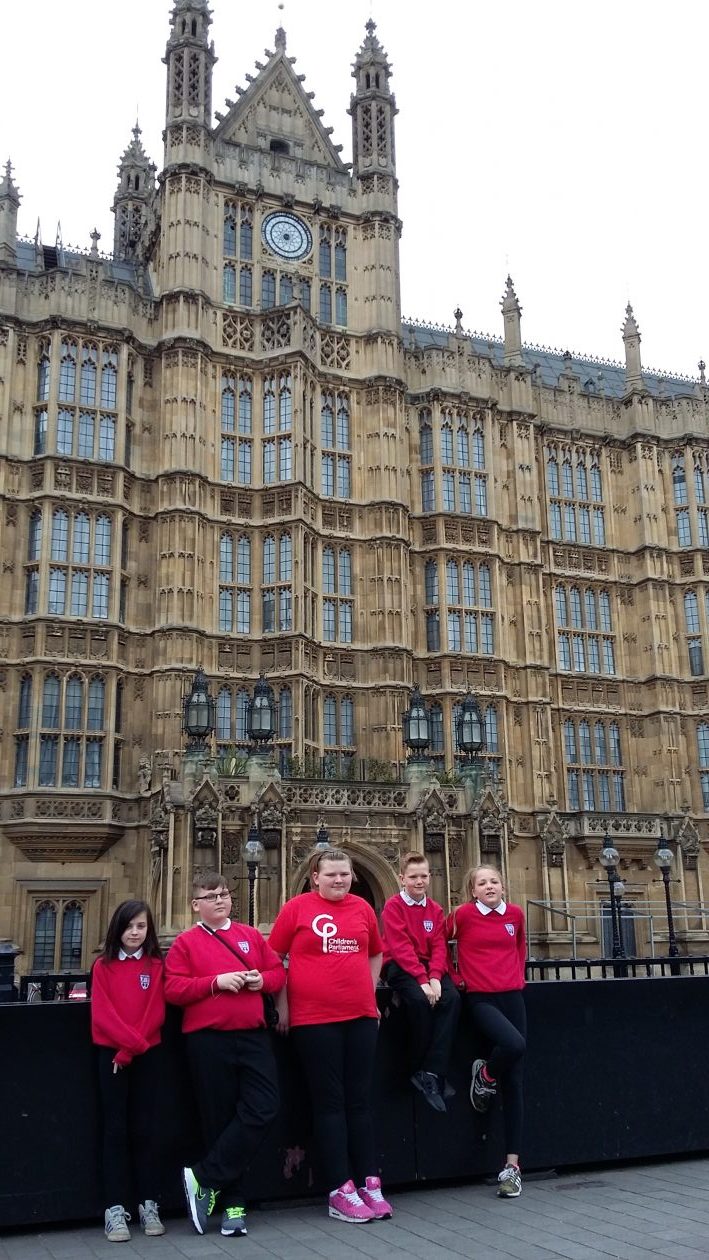 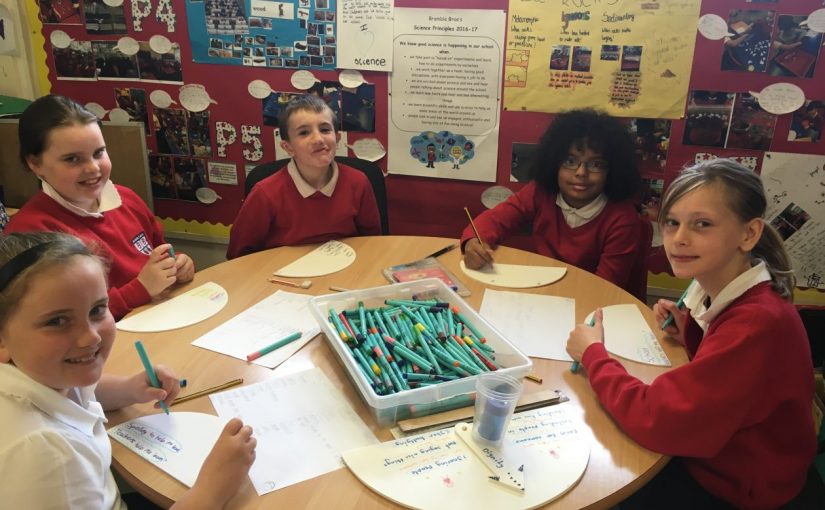 ‘You can do the good things and not the bad things [because] when we’re doing bad things we’re stopping people from learning.’ 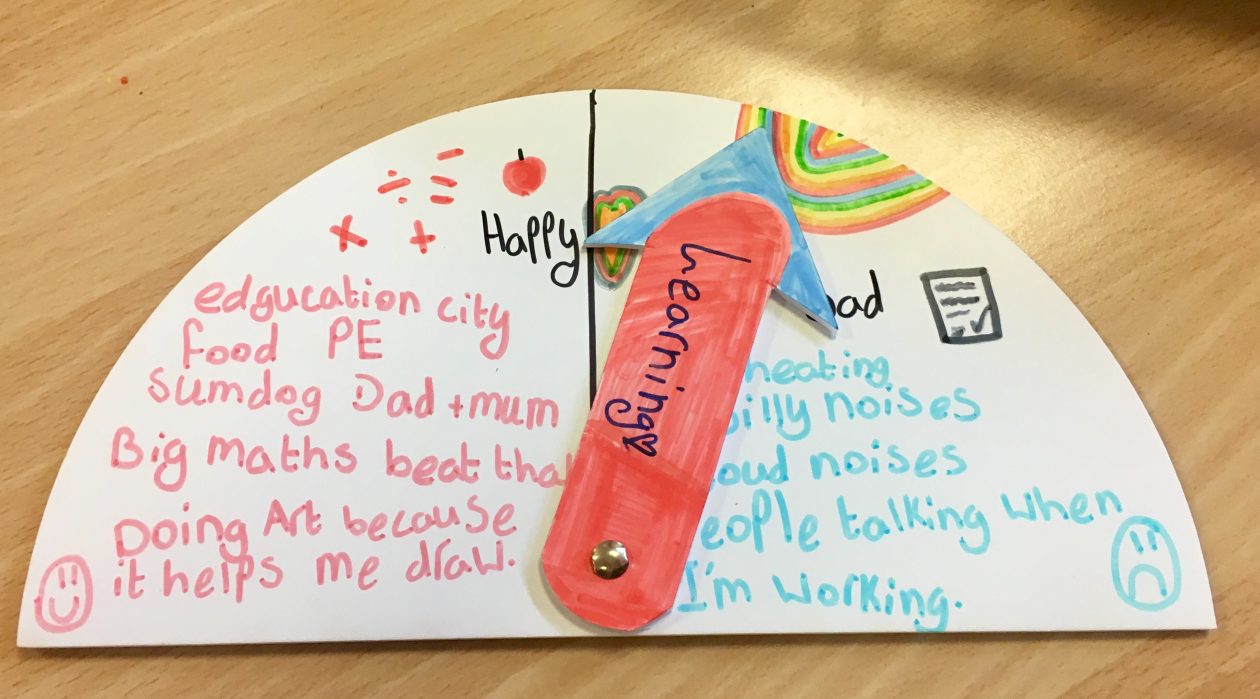 I learnt ‘to listen to instructions and don’t talk when your not supposed to.’

Also, ‘don’t talk over other people.’

We agreed that learnometers can be a helpful reminder of the tools we have to help us learn and they can help us see what can make learning difficult. We also learnt that if we do the helpful things then we get to do more activities we enjoy. 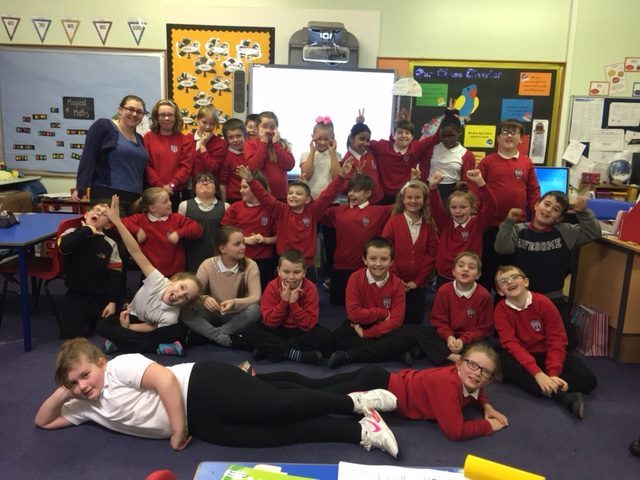 In our final week at Bramble Brae we presented the children with the Praise Poems which they helped to create and revisited Myself as a Learner (MALs).

The Praise Poems were extremely popular amongst the kids with one pupil saying:

‘It was really good because it said everything about me as a learner and some things I have to improve in my learning.’ 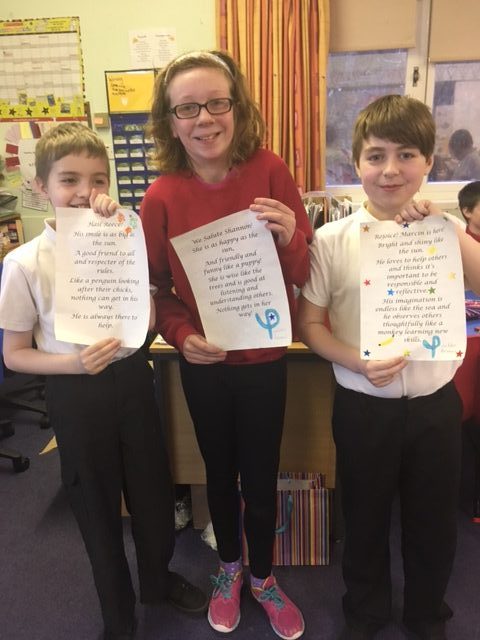 Some of the kids felt a bit nervous before their poem was read out but felt encouraged afterwards.

Because we have reached the end of our project, we redid the MALs to see if any of the children felt that their learning had changed since the start of the project. 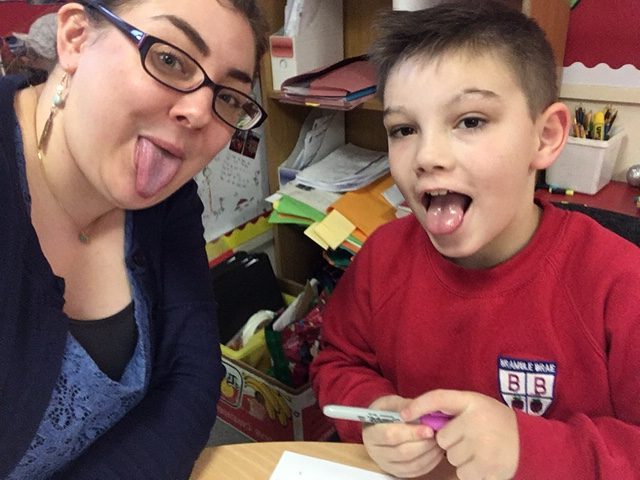 ‘I have learned you can be a very good imagining learner.’

‘I am more helpful now I know about Children’s Parliament so I can help people with their learning. Learning Selfies were good because you know what you achieved and what you are trying to do.’ 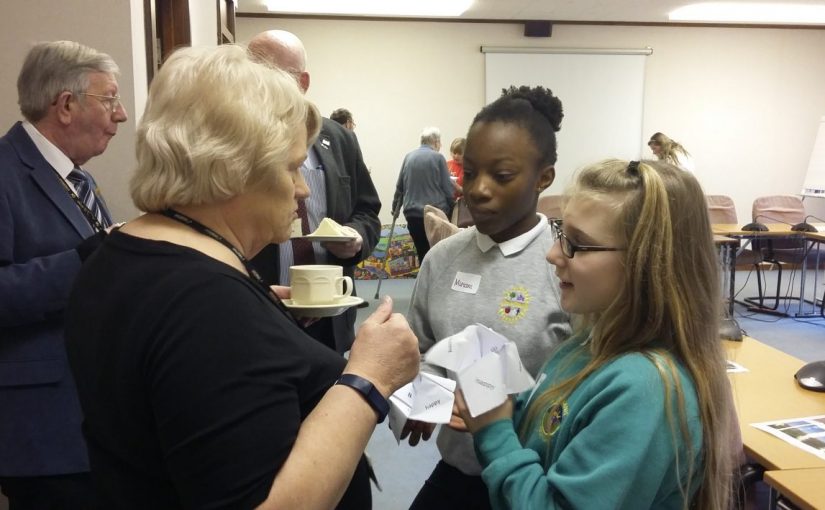 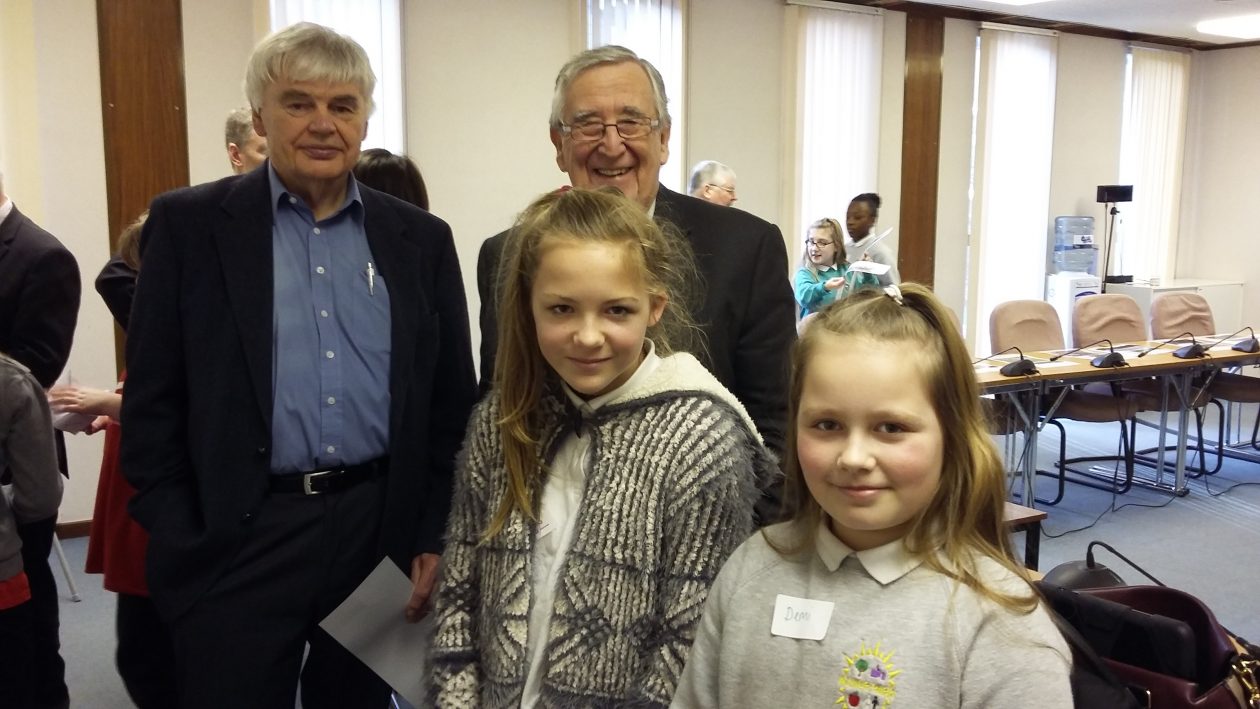 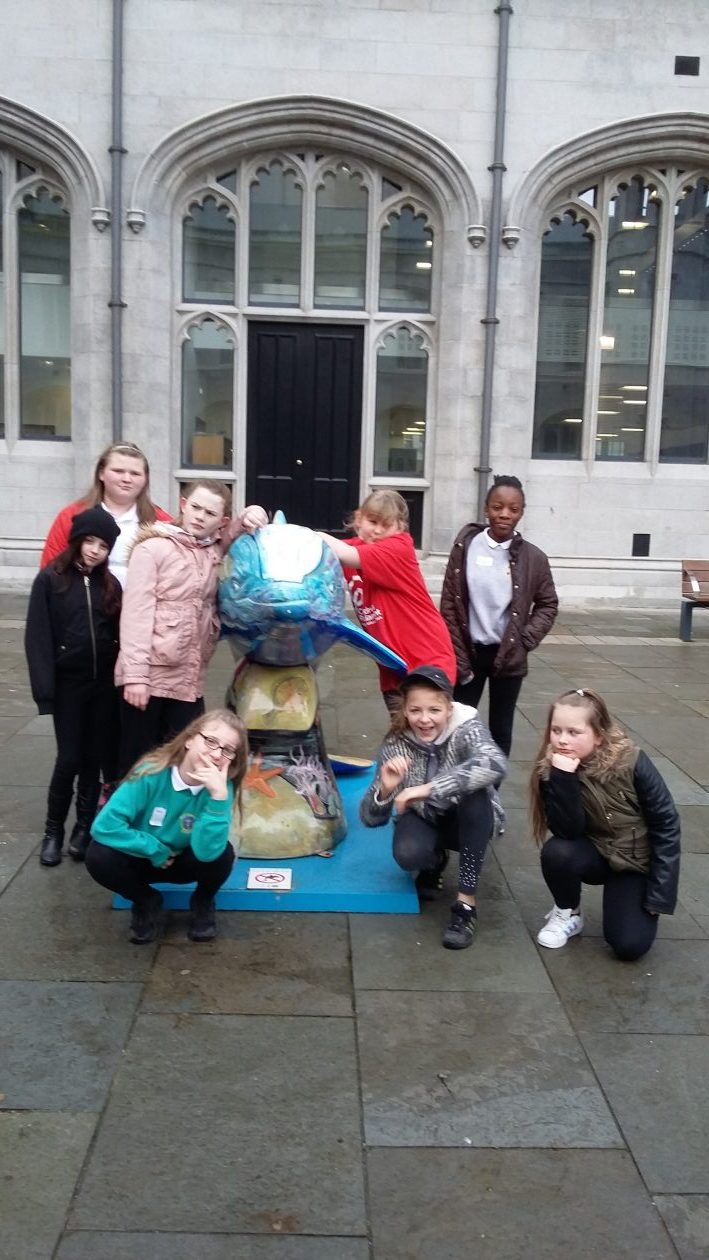 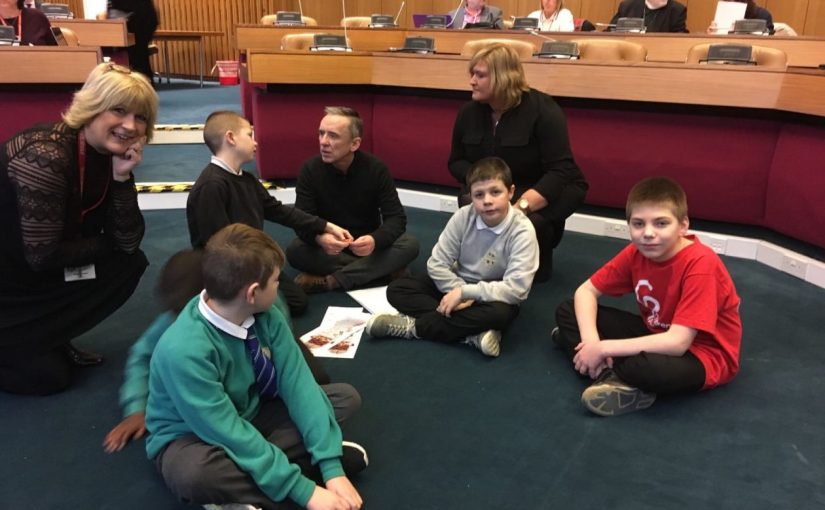 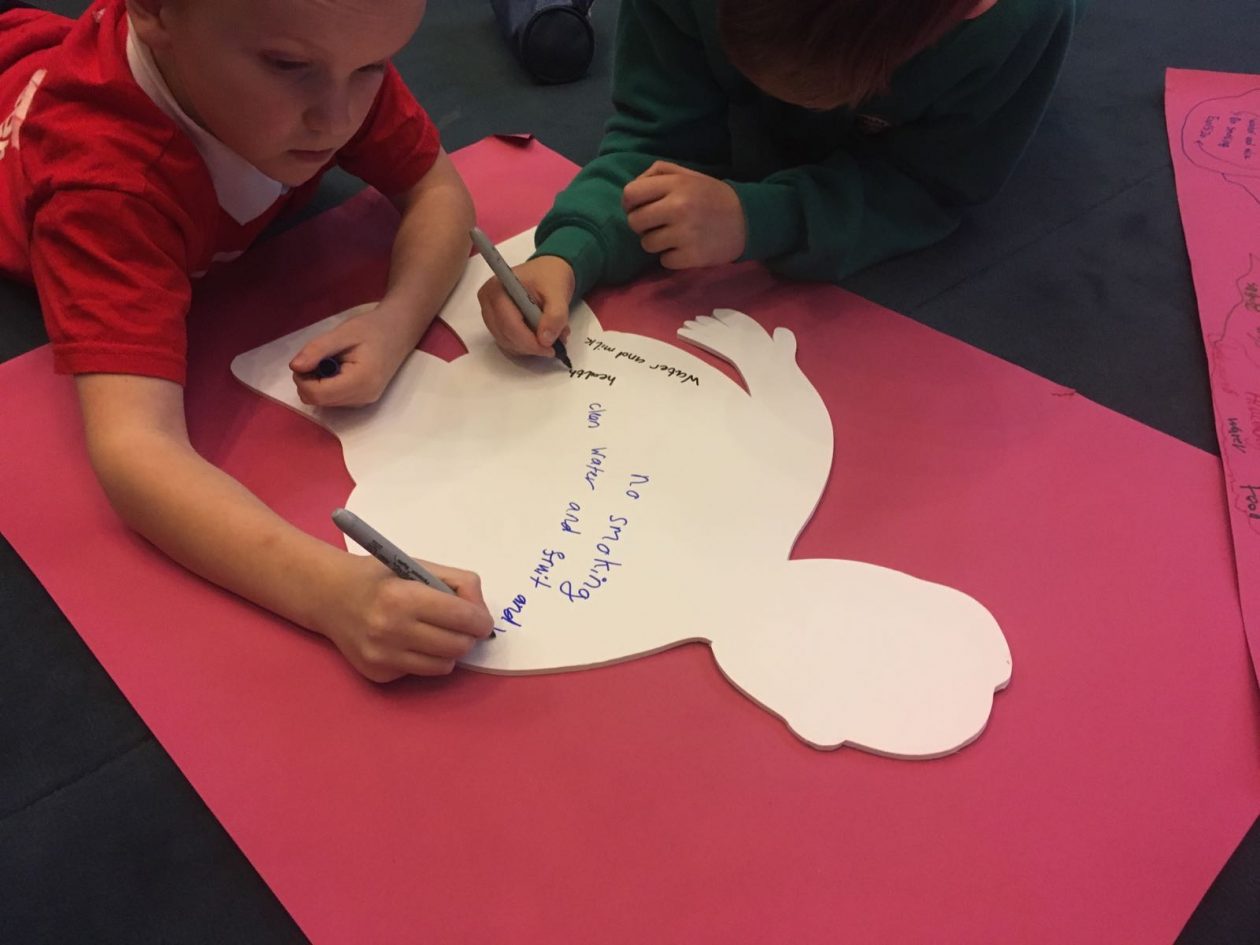 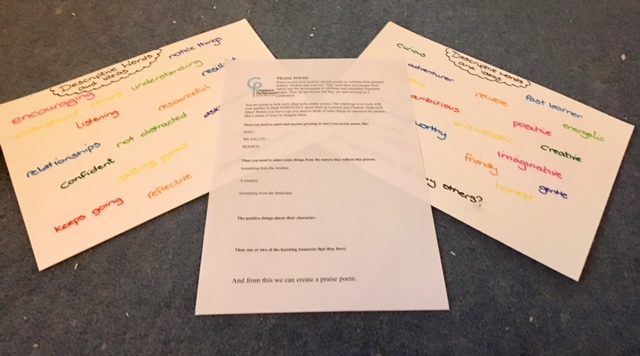 As we are nearing the end of the project we, as facilitators, wanted to give something back to the children for all their input and hard work over the last few months. So we are using the concept of ‘Praise Poems’ which are used in many different cultures to express each learners positive characteristics and learning attributes.

Phase 1 of creating our Praise Poems meant we had to do a bit of investigating to find out what our strengths were and what we were like as a learner. 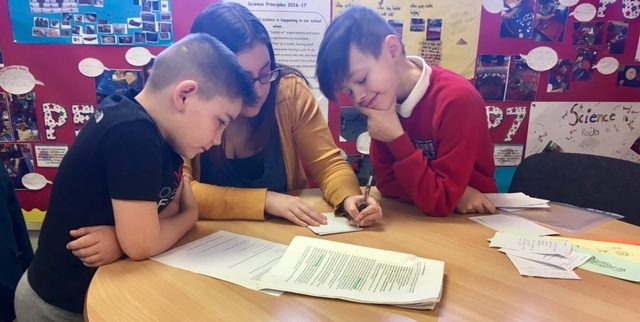 This was a lot of fun as we had to think of different ways to describe ourselves. Kate felt she was ‘as positive as Miss Mitchell’ and Kyleena discovered she was ‘very good at the Treasure maps we did and felt she was particularly good at keeping going and getting on well with others’. 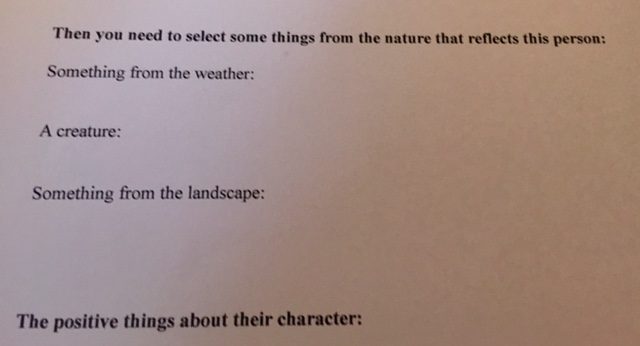 Cameron found out that he is really good at giving advice and people often come to him for help, and Broghan likened herself to snowflakes as they danced around making pretty patterns and colours!

For Phase 2 we will create poems out of the information gathered as a group and create individual Praise Poems for each child which will then be gifted to them at the end of the project. 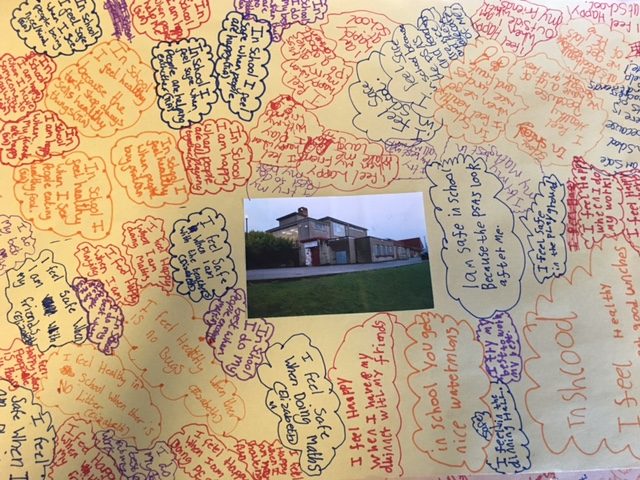 We at Children’s Parliament believe that every child has a right to an education in a setting where they are healthy, happy and safe and have an opportunity to do their best. In small groups we had a look at each of these factors individually and then discussed our answers as a class. 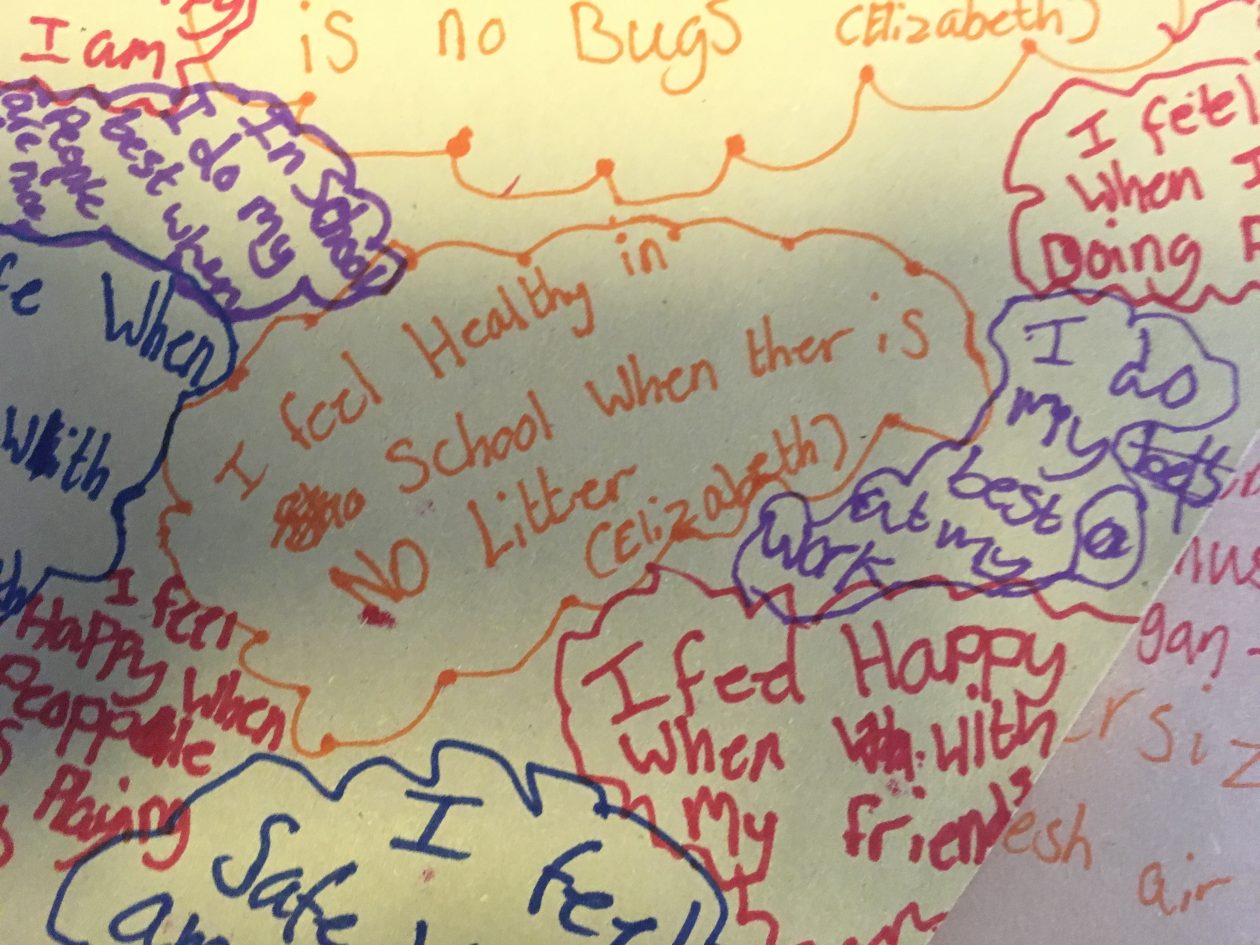 Some of the ideas we came up with to make our school a healthier place included: no litter, clean and safe spaces to play outdoors, healthy school meals and fruit from the tuck shop. We also felt that exercise was very important and realised that there were many different ways to do this. 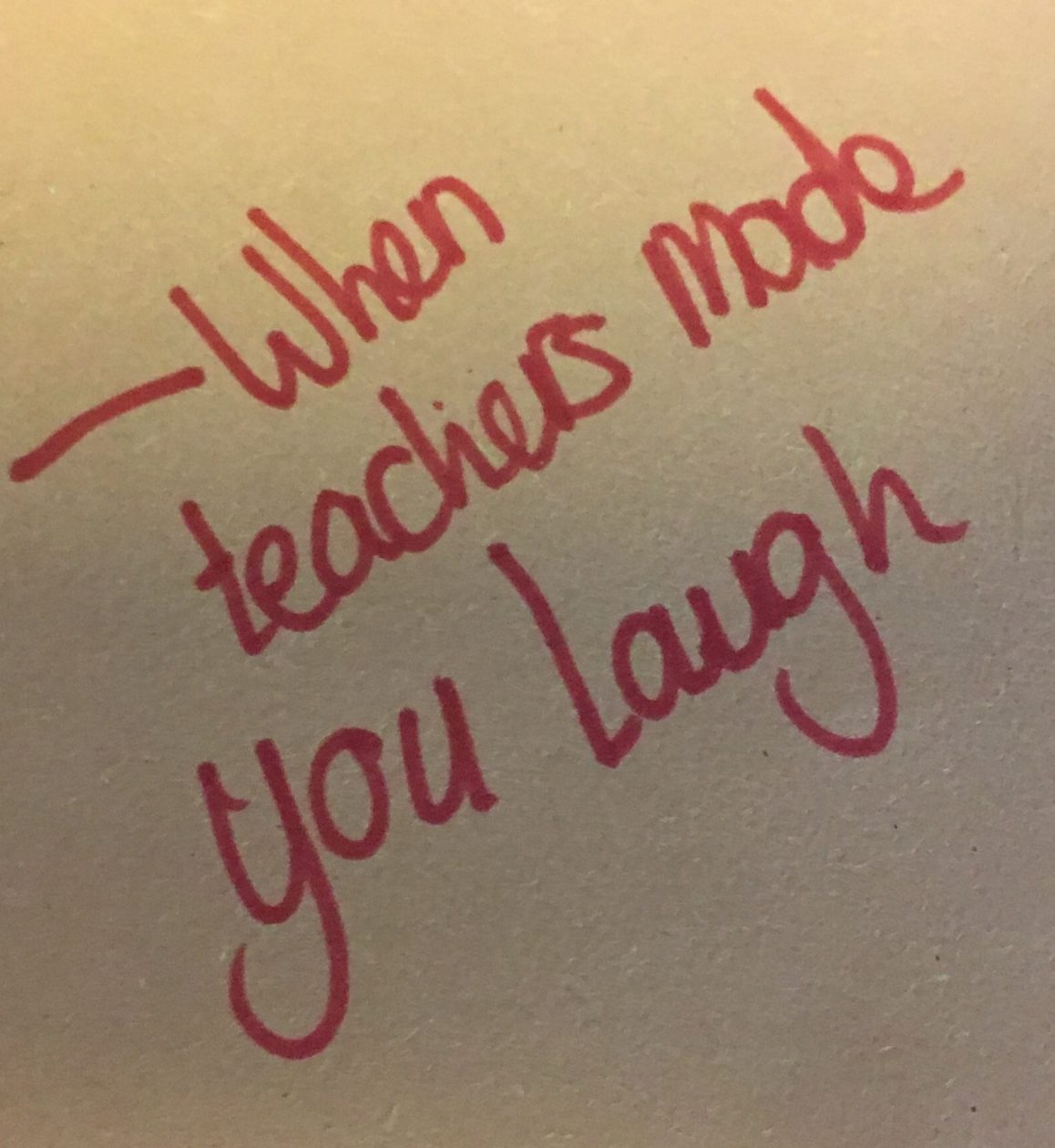 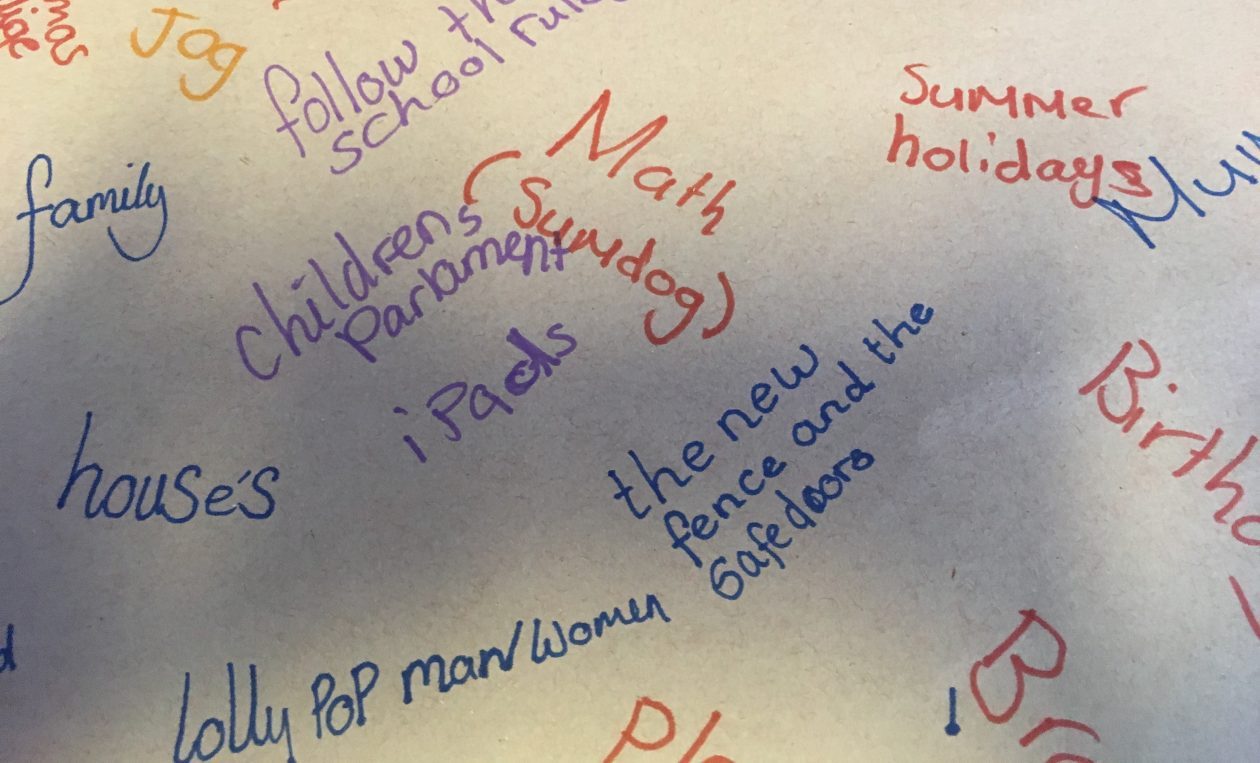 Things which made us feel safe included: Teachers and PSAs, lollipop man/woman, our families, the new fence and the safe doors, learning about first aid and Miss Gray making sure no strangers come in. 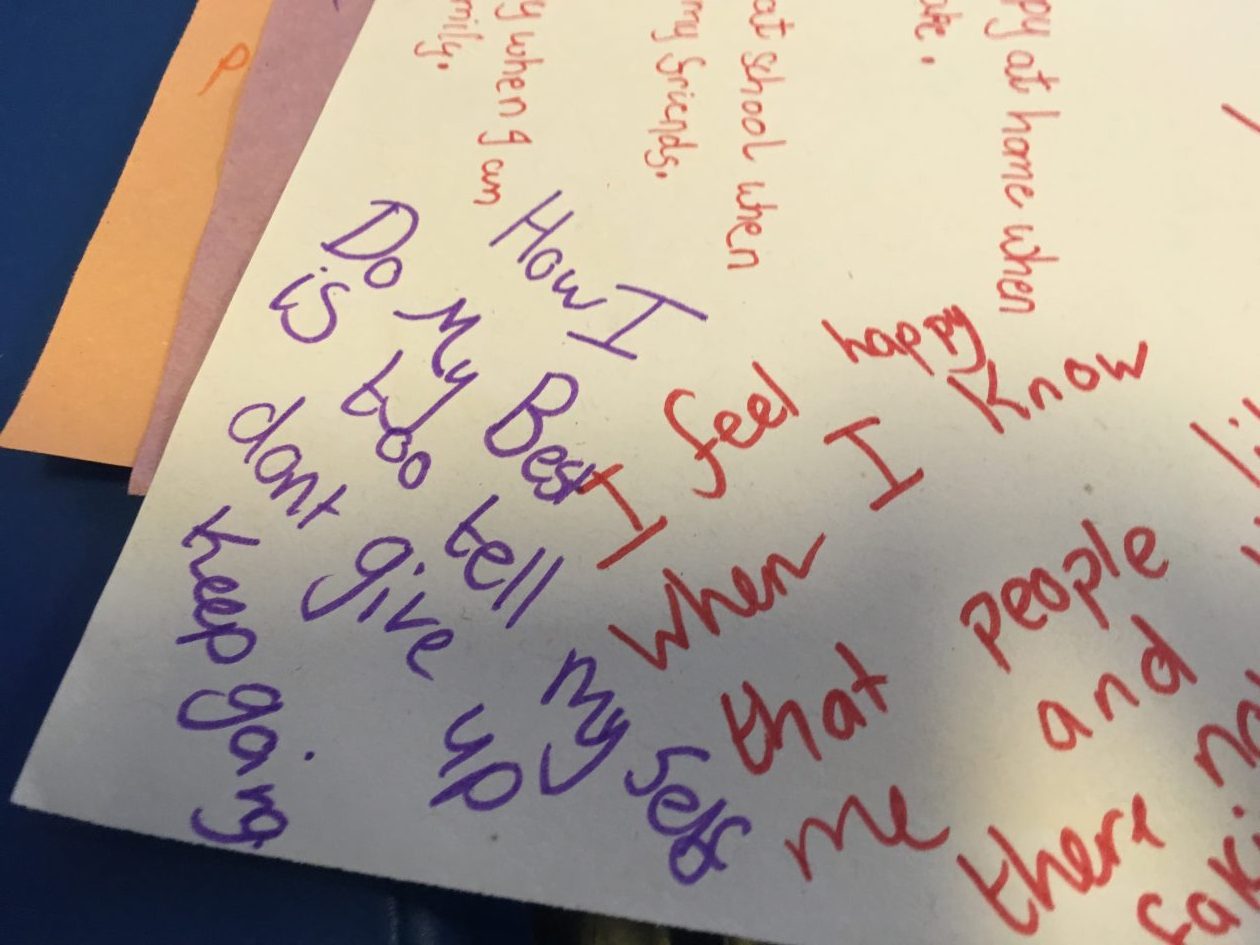 Finally, we looked at how we could do our best in school. Some of the ideas we came up with included: to keep going and not give up, not allow ourselves to get distracted, having a nice environment to work in and using some of the things we’ve have learnt in Children’s Parliament. 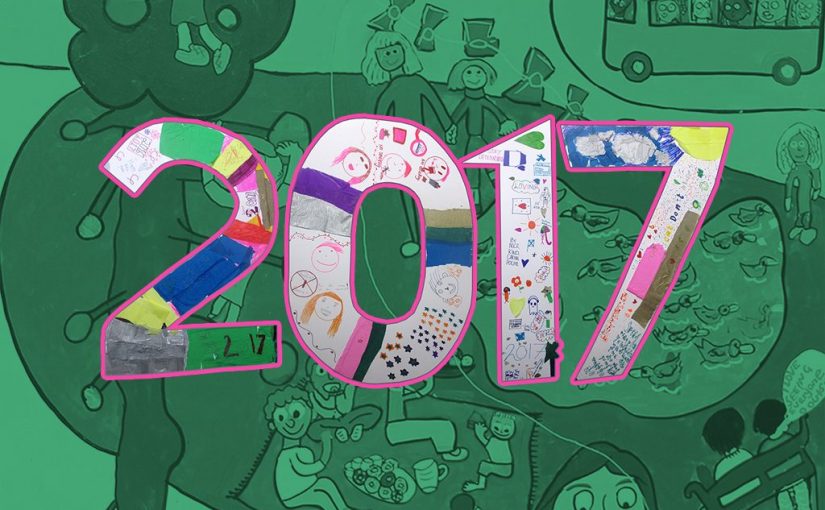 These 30 ideas for adults come from the children who are Imagining Aberdeen…. Go on! Pick one!

My new year’s resolution is that I will: 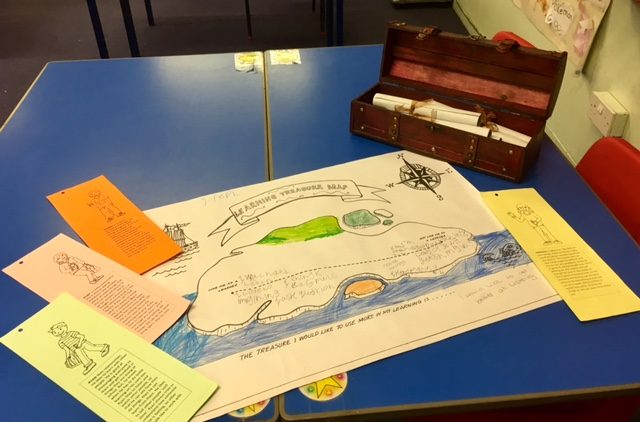 Today at Bramble Brae we went on a treasure hunt. We were exploring some of the different learning treasures available to us and looking and which ones we felt we possessed and which ones we would like to become more like. 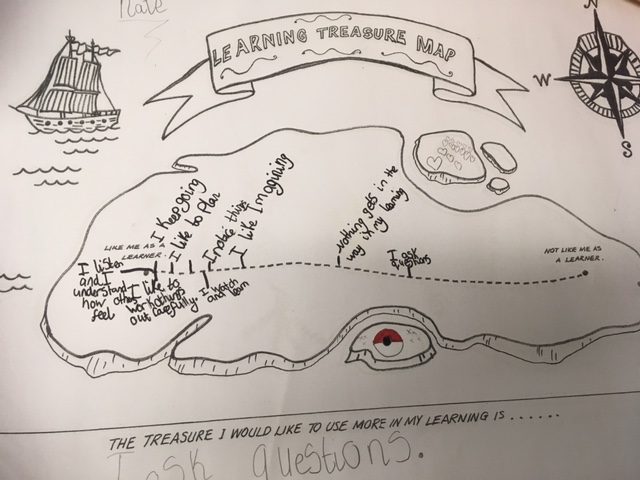 Kate felt she was very good at ‘listening and understanding how other people feel and she wanted to work on asking questions.’

Quite a few of us noticed that we identified with characters other than the one we picked and we could also see who we would like to become more like.

Alex wanted to become ‘more resilient like Robert and not to give up.’ Nicole and Cameron felt that they were good at ‘keeping going like Robert.’

The treasure maps were great for helping us recognise our strengths and look at how we come become more like our learning characters. 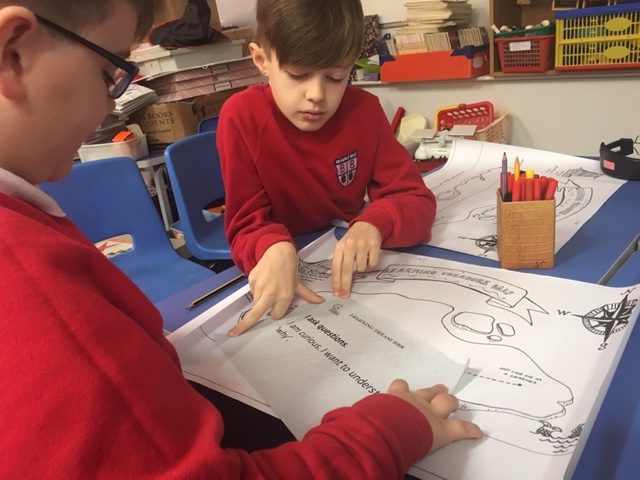