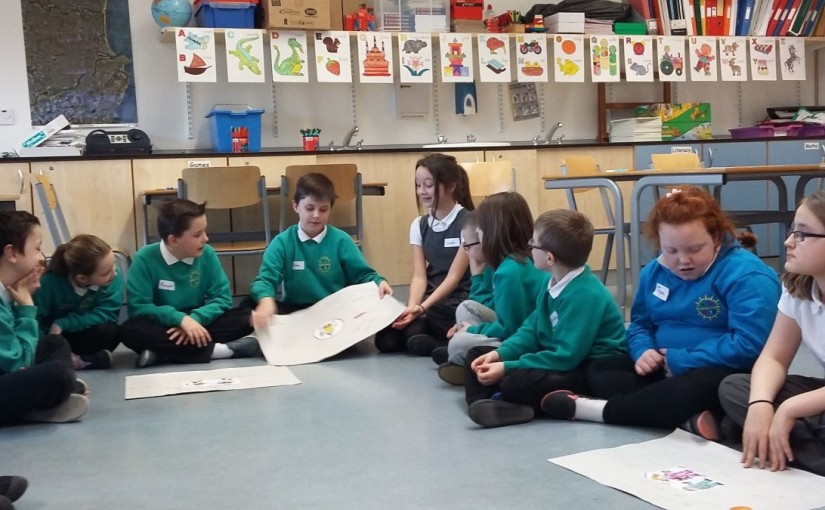 Imagining Aberdeen began in early 2016 with 300 children from Bramble Brae, Manor Park, Riverbank and Tullos Primary Schools.  They imagined what we can do or change so that Aberdeen can be a city where children are healthy, happy and safe.

At this stage, 20 children were nominated to become Imagineers. The children captured all the ideas and important messages from their schools in a mural and film. They met with duty-bearers from across the city to share their vision. The work informed the adult’s decision-making and influenced the City’s Integrated Children’s Services Plan.

The Imagineers continued sharing their important messages (see the lighthouse to the left) throughout 2018 by developing and delivering a workshop to over 100 professionals in the city, working across sectors (Emergency Services, Culture, Play, Sports, Leisure, Housing and Health). The aim of the workshops was for professionals to see the City through the eyes of children, and with children’s insight consider their role in supporting the City to become a place where every child can flourish.

In 2019, the group of Imagineers will be expanded to include children from Airyhall, Danestone, Fernielea, Forehill and Greenbrae Primary Schools and Lochside, Northfield, Robert Gordon and St Machar Academies.

Imagining Aberdeen is supported by Aberdeen City Council. Children’s Parliament acknowledges the support of the Scottish Government through a CYPFEIF and ALEC Fund Grant.

For more information about the project see www.childrensparliament.org.uk/imaginingaberdeen