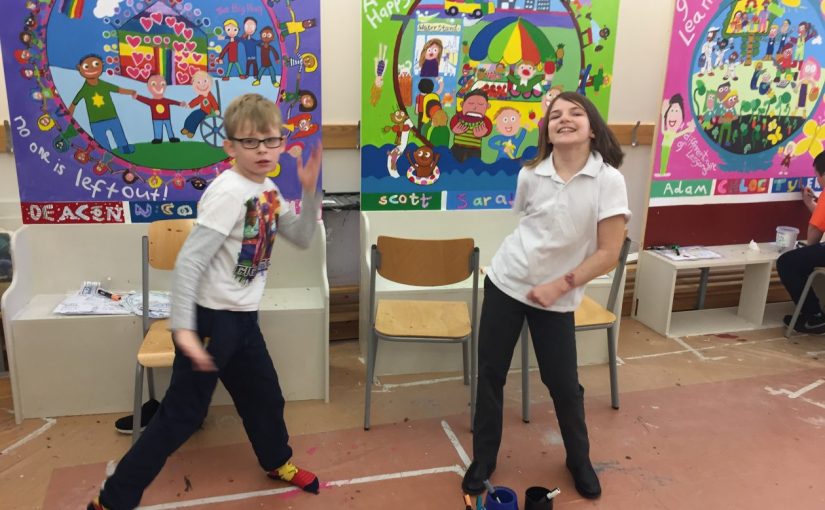 Children’s Parliament’s work with Manor Park Primary, Aberdeen began in 2017. At that time, Manor Park learners worked with Children’s Parliament to create the Imagining Manor Park mural, a new vision for the school with an embedded rights-based approach. The mural is now on permanent display in the school’s main corridor. The children’s vision includes a joyful environment where learning is fun, everyone is physically and mentally healthy, relationships thrive, and bullying is overcome through pupils and teachers expressing compassion and care for each other.

Throughout 2018-19, Children’s Parliament continued working with Manor Park learners and staff, developing a programme to support the children’s vision becoming a reality by embedding a culture of participation and love across the school. Through this process, Manor Park Parliament was formed, bringing a children’s human-rights approach to learner participation in school improvement planning and implementation, underpinned by Education Scotland’s ‘How Good is OUR School?’ framework
https://education.gov.scot/improvement/Documents/HGIOURS-Part2.pdf

Through the work of the project, Children’s Parliament compiled framework documents that capture what children want from the adults at Manor Park Primary. These documents are accompanied by the Imagining Manor Park Mural leaflet. View and download these below:

Do you want to pledge action for your own school/education setting? A template for pledges is available below: