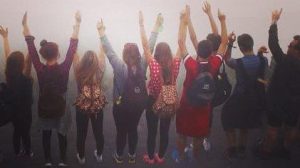 In sixth year, I was lucky enough to go on an exchange trip to China… Okay yes, we did all the touristy things first, visiting The Great Wall and the Olympic Stadium, but my favourite bit was going to visit the schools. We got to experience classes, morning routines and the lengthy hours of education.

In the UK we often start school around 8.30am and finish around 3.30pm, 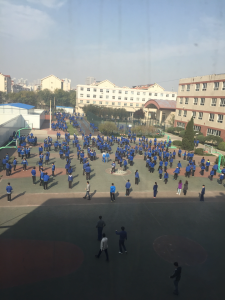 I’m sure we all complained at some point about how long some of these days felt. Well, when you visit China you soon learn not to complain. Students in China often start school at 7am where they need to attend the morning assembly. There is an assembly every morning where the students sing their school song and do morning exercises; kind of like some of the primary schools in Scotland doing their Daily Mile. This is also where any announcements are made and where we were welcomed to the school.

Lessons would commence at 8am and finish at 4pm; still just a little bit longer than ours, however the students had to stay in school until 6-11pm every day in order to do homework, see tutors and take part in their school’s different sports clubs. 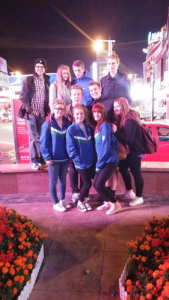 tracksuits every day; this allowed the students to be comfortable throughout the day as well as avoiding having to get changed for P.E. There were some days during which the students had to wear a proper shirt and trousers with their tie, but this was more for when they were representing the school or when pictures were being taken. The school we visited kindly gifted each one of us with one of their tracksuit tops.

All exercise took place outdoors, this allowed the students to get enough fresh air throughout the day to ensure their brain was ready for their next lesson. Chinese schools ensure that everyone gets at least 1 hour of P.E a day, excluding their compulsory exercises throughout the day. In Scotland, we only look to provide 2 hours of compulsory P.E per week, is this because we have so much to teach in so little time? 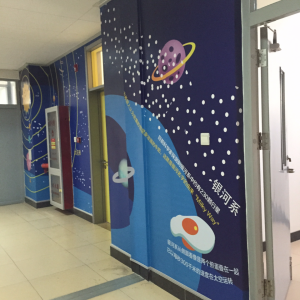 Primary schools in China also allow for learning in the corridors.  With full length murals filled with facts and interactive questions where you can open the flap to find out the answer. These change regularly to keep up to date with the topics within the school. Each display also had the writing in both Mandarin and English allowing the pupils to see the translation, but also allowing us to understand what had been written on these walls, I wish my future classroom could look like that.

In China, education isn’t compulsory until the age of 6, whereas in Scotland you start age 5. They also only do 6 years of primary education, similar to schools in England.  There are different types of secondary schools in China, this means they can choose the career they wish to pursue and go to the school that is best for them, however they do need to get specific grades to get into specific schools. 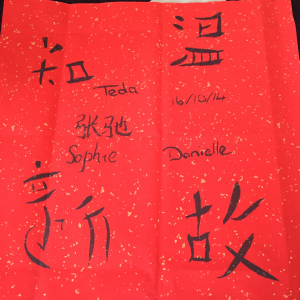 The curriculum is also very different to ours. When we do handwriting, they do calligraphy. Their English lessons would be where we would do the likes of French or any other modern language, however rather than just learning the language, they will read novels and analyse them the same way we do in our own English lessons. The school I visited also have a special bell which rings telling the teachers that it is time to do eye exercises. The eye exercises are used in order to prevent too much of a strain on the eyes and to prevent students from getting sore heads. It also allows for a short interval where the students can take a breather. 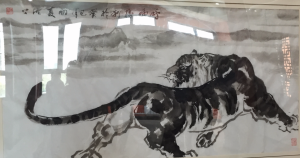 The student’s work is also taken very seriously in China. Where we would put our students work on a wall display or find a shelf to display  creations, the Chinese school I visited had a room filled with school awards and pupils art work. Their work was fascinating and so creative, we all believed a teacher had created them.

Documentaries have been created on whether the Chinese Education System would work in the UK, these are extremely insightful, however they all start at an older age, so whether they would work or not may eventually depend on the age at which we start the new system.  One head teacher used it in his school as a social experiment to see which group of children would get better results in a test. This was a BBC documentary called “Are Our Kids Tough Enough”.

I definitely recommend watching the documentary to really see how vast the comparison is. 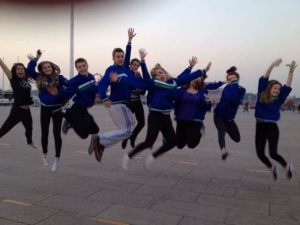 3 thoughts on “Chinese Schools, How Different Can They Really Be?”