Everyone can remember certain things from primary school, whether it be a single lesson or a full topic, but why do we remember them? We remember them because they were fun. I don’t remember learning how to subtract one number from another, other than I had a Heinemann workbook to help me. What I do remember is learning about World War 2 in P6.

I remember the World War 2 topic because we got involved, we got to have an election where we created political parties and voted for the party we liked the most based on the policies they created and debated over. We learned songs like Run Rabbit Run and Roll Out the Barrel. The teacher would play a bomb siren noise and we would hide under the table. We got to feel like we were taken back in time to the war. 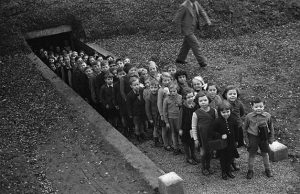 So I’m half way through my first week of semester one, year three. I’m at the point in my studies where everything counts towards the degree I have been working so hard for, and my chosen module for this year is Health and Wellbeing.

I have a little bit of knowledge about this subject from my time at college, but that understanding relies mostly on safeguarding and GIRFEC, using the Wellbeing Indicators as a method of seeing if there is a cause for concern. How do I teach HWB effectively?

Why did I choose Health and Wellbeing?

I chose Health and Wellbeing because I didn’t really understand a lot about it. I know how to do a P.E lesson, but that isn’t all of the subject. I was very confused, as I knew H&W was supposed to be approached holistically, yet the entire subject area has been separated, and broken down into different areas, then even more areas again. I know that this is an incredibly important subject area to learn about, know about and to teach, but I just wasn’t too sure how to go about that.

What do I want to learn in Health and Wellbeing?

Throughout the module, I will return back to these questions, hopefully with an answer, but also with my own opinions on the answers I have.

Before every P.E lesson, you need to perform a warm-up with your class to prevent strained muscles. Choosing the right warm-up activity for your activity can be difficult. Some may think that any old game of tag will warm everyone up, but is this relevant to the sport your are about to teach? Does it actively warm the muscles that are going to be used throughout the lesson?

During Easter, I started coaching at a holiday camp for children, during which we teach techniques involved in different sports in a fun and progressive way. Every session requires a warm-up, and I need a never ending bank of fun activities that correspond with sport and skill I am teaching.

As the summer camp has come to an end and the October camp is fast approaching, I have been looking back and thinking about which warm-ups worked best and which were not only my favourites but also the ones the children kept asking for, so here are my Top Ten Warm-Up Activities.

Okay, so I’m working on a camp and camps have songs that make you sing, dance and make you look a little bit silly… But who ever said these won’t work in a school? This song, if done with it’s dance, would be great to get then heart rate raised, and for any activity which has a main focus on arm movement – tennis, badminton, passing/shooting a ball…

When I first learned this song, I was doing it everywhere, I absolutely adored it, hopefully you will be the same.

This song is great for all ages, however if I were to pick a specific age, I would say Early Years due to the nature of counting and showing the right number of fingers as your say the number.

I could type all the lyrics in this post, but the link in the sub-heading is the perfect example and is the video often used in the background to keep coaches right. Once you feel confident with the lyrics, you might even decide to change it up to fit the theme in your class.

So, Giants, Wizards and Elves is basically a massive game of Rock, Paper, Scissors.

Giant = Rock – Action: Arms up high and rawr as loud as you can

Elf = Paper – Crouches right down to the ground and makes a tickling action whilst making a really annoying noise of your choice.

Wizard = Scissors – Action: one foot forward, one arm forward as though you are holding a wand, shout “expelliarmus”

This is a game of teamwork.

Split your class in to two teams, each team goes to the wall on their side of the hall. In their teams, they must plan their attack – choose which creature they would like to be. I often do a count down from 10 in which they need to decide their attack and when I reach 1 each team runs to the middle and performs their attack. The losing team then must run back to their wall with the winning team trying to tag them. If you are tagged, you get to join the winning team for the next round.

This is a great tag game which starts with one tagger but progresses on until there are no fish left in the sea.

To begin, choose one person to be your shark, everyone else is a fish. The shark will shout “fishy fishy, come swim in my sea” to which the fish reply “sharky sharky, you can’t catch me” and all the fish will try and run to the other side of the hall without being tagged.

If someone has been tagged, they have been bitten and this turns them into seaweed. If you are seaweed, you have to have sticky feet, meaning you cannot move from your position, you can only pivot to face the direction of the fish, but you still have to try and tag them as they run past.

You can make this game quicker by adding a few more sharks in the sea, or changing it so that if you are tagged, you become a shark rather than seaweed meaning you can run around the space.

Okay, this one sounds basic, but it is great. I use this one with the under 8s mainly, but really I would use it at any age.

This game is great for introducing techniques in volleyball and badminton.

You can lower the amount you teach with this game or increase it depending on the children you have, but I find this a fantastic way to get the skill and movement required for different sports in while playing a fun and familiar game. I even get them to play balloon volleyball over the net and once I see great techniques, I swap their balloon for a ball.

6. On the Pirate Ship

Shiver me timbers – this game is all about remembering and following instructions.

Port – Run to the left side of the hall

Startboard – Run to the right side of the hall

Main Deck – Back to the middle of the hall

While giving the instructions, it can help to point in the direction the children should be going to begin with to help them remember.

As you progress through the game, you can start adding some new instructions:

Captain’s Quarters – Everyone must run to their captain (teacher/coach)

And the list can go on further… You can even start adding in compass direction if that relates to other learning you have been doing in class.

This game is great for working on paying attention and ball handling skills. It is fast paced and really enjoyable for children of any age.

This is another tag game that the children ask for all the time, they love it, plus it’s really simple.

You start with on person in the middle, everyone else is against a wall looking at your “man on Mars”

The children at the wall shout “Man on Mars, man on Mars, take me to the stars”

Once all the people who have met the condition have gone through, there is a countdown from 3, then everyone has to run and the person in the middle has to tag people. Anyone who has been tagged joins the people in the middle for the next round.

Older children can often run this game on their own and work as a team to decide the condition together and to catch as many people as possible. When I have a younger group, I help them out and ensure that as many children in the middle get to decide on the condition as possible and help them to shout it over.

You can restart the game at any point with a new tagger, otherwise the game ends when everyone has been tagged.

This game is my go to for teaching skills in movement, it’s fantastic.

For older children, vocal instructions are often enough, but for younger children I use cones in the traffic

light colours to provide a visual aid. The different colours represent different speeds the children are moving in.

I have found this game increases confidence in movement with different sporting equipment and also allows the teacher/coach to see children progressing and provide any tips to children, e.g keeping your head up as you move so you don’t bump in to people.

All you need for this is a whole load of cones and a great bunch of children!

Make sure they are mixed up so that you don’t have loads facing one way at one side.

Split the children in to two teams, the volcano team and the crater team. On your count, they will have to try and make all the cones face the right way for their team. Do this with a set time in mind, e.g the length of a song. At the end, the team with the most cones facing their way wins.

These are some suggestions of commands you can use, the children just need to react how they feel is appropriate for each character, but you may wish to designate specific actions to each character if you feel children may be silly without the Mr Silly character being called.

Mr Tickle – shaking your arms as you move

Mr Happy – Move around with a big smile

Mr Tall – Reach up as high as you can while walking

Mr Strong – Flex your muscles as you walk

This game has a never ending list of actions and these are only a few off the top of my head. You could even ask the children to think of some of their own Mr Men and Little Miss characters and actions to go with them.

Warm-up games are a great way to introduce techniques, have some fun and warm up the areas of your body that you are about to be working. It is a crucial part of every session to prevent injuries and these have been just a few that I love to use. I would love to hear your favourite warm-up games and add them to my bank.