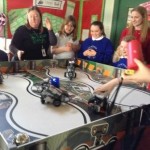 In fizz bang boom we had to make a fizzy, cool, colourful chemical reaction. We also created a huge party popper which made a ball of fire (but only a quick one) and we made a very messy experiment which was basically a volcano. 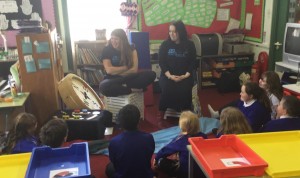 Day 2: We went to Skipness and we programmed Legomindstorms robots. Lewis and I had got to challenge B2 and we were the first ones to do that. The very last thing we did was marvellous magnets we heard about the story of a boy, he became a scientist and saw and learned about the northern lights.

1 thought on “Science with Skipness, Clachan and Tarbert”