ool has a Citizenship afternoon. There are 7 different Citizenship groups and they all have there own aims. The Culture Vultures have been planning world book day which will hopefully be super fun and exiting for all the children. The Sport Stars are planning to do a sponsored run to raise money for the schools sport equipment. Digital Dynamos are planning to raise money for Comic Relief. The Green Gang are trying to keep doing regular litter picks around the school. The Earth Watchers have been selling Fair Trade products and are planning to keep on going because it has been popular. The Mindfulness Minions have been helping run Breakfast Club every Wednesday Morning.

P5/6/7 have been doing a topic on game design using Kodu which is an app you can get on a computer. We have been learning how to program so that we can make games and learn everything that you can do on Kodu. You can make your character shoot and many other things. I think it is amazing because you can program your character to do just about everything. You can add hills and even make your land be flooded with huge waves and there is a lot more things you can add to your world. There is a lot of different patterns you can do with Kodu to program him. We have made lots of progress through our learning in Kodu but we  have also had lots of fun through playing Kodu.     By Holly and Ciaran 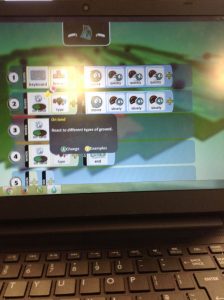 Yesterday Gregor Mitchel came into do an after school club. It’s on from  3:30 – 4:30 every Wednesday. The football club is for P4 to P7.  We got to do warm ups and one of my favourites was a run around the pitch. The people from the front had to shout go then the people from the back had to run to the front then it was there turn. The second one was two vs two and the first one to score won the game. At this moment everyone wanted to do matches so Gregor decided to play matches then everybody felt happy. At the end of the day the score finished was 5-5 then everyone went in to get changed. Then we went home. 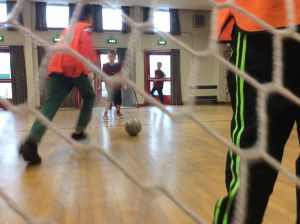 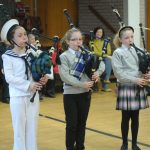 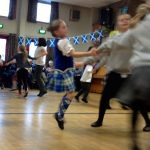 On 25th January 2017 everyone celebrated Robert Burns’ birthday. We celebrated by having lovely haggis for lunch and also mince and tatties and we also had a Burns ceilidh. These are the people who won the Burns poem competition.

In P1 it was Dylan Macdonald who won.

In P2 it was Mya Munro who won.

In P3 it was Pheonix Davey who won.

In P4 it was Dearbhla Newman who won.

In P5 it was Ciaran Middleton who won.

In P6 it was a draw between Rowan and Rebecca.

In P7 it was Eva Munro who won the competition.

At the ceilidh the pipers piped in the haggis which the P7 pupils addressed. Also there was  highland dancing by the pupils and also Scottish country  dancing and everyone could do that if they wanted to. We did the Gay Gordons, Strip The Willow, Canadian Barn Dance, Dashing White Sergeant and the Virginia Real. Everyone really enjoyed joining in with the dances some of the parents were even dancing.

Here are the P7 pupils addressing the haggis. 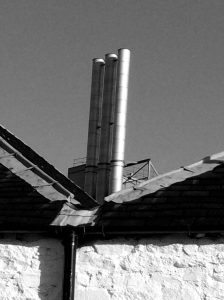 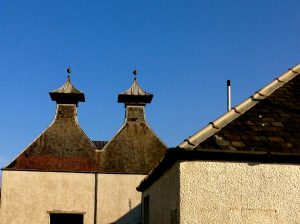 and Mrs Clark said that there was a winner and a runner up in the class. So we went through all the photos and Mrs Clark told us if we were right or wrong. We were told that the runner up was Ruaraidh MacDonald and the winner was Matthew Campbell. They were absolutely shocked and they were very happy and exited. On the 22nd March they will go to Glasgow and get presented to and interviewed by the press. Our photos will be blown up and put with all of the other winners and runner ups. They will get to see a private viewing of all the winners and runner ups from the past years. Then they will go back to Islay that night and they will tell their school the next day when they go back in. 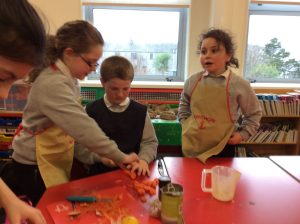 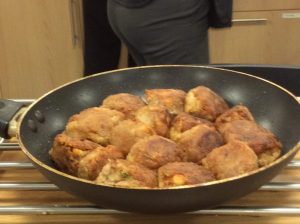 On a Wednesday afternoon some of the pupils in Port Ellen Primary go to cooking club with Mrs Clark and Mrs Harrison. We have made lots of different dishes from different countries around the world. On Wednesday 22nd of February we made Moroccan food and some of the food we made were soup, flat bread, humus and we used lots of chick peas, spices and vegetables. We have also made samosas, vegetable curries, lentil soup and salsa.

Cooking club started on Wednesday 25th January and we hope that it will continue after the summer holidays.We also want to thank Mrs Clark and Mrs Harrison for deciding to run it for us.

By Rebecca and Charlie

Every Monday after school Port Ellen and Bowmore choir join together to learn and sing the two part. Every week Bowmore and Port Ellen take turns to go over to each others schools. We get over on the bus, but Port Ellen leave school fifteen minutes earlier to get to Bowmore in time since Bowmore finish earlier. It isn’t only good for singing in the choir it gives Port Ellen and Bowmore a chance to know each other before going to high school. We all enjoy going and every week we sing two different two parts. Each two part has sopranos and altos, which are two different kinds of singing. Even though the choirs are joined together, there are still two separate choirs and they are still competing against each other in the Mod. I think that this is a great opportunity to meet other children from Bowmore and is great to improve our singing.

By Ellie and Kaya Middleton

We have started lunchtime clubs that are run by the children in P5/6/7.

On Monday there is Rounders club that is for P4-7 and that is run by Rebecca, Sarah and Abi.

On Tuesday there is a Table Tennis club that is for P4-7 and that is run by Matthew, Jack and Holly.

On Wednesday there is Rugby club and that is for P5-7 and it is run by Taylor, Darren and Struan.

On Thursday there is orienteering which is club for P4-7 and it is run by Ruaraidh, Charlie and Aidan.

On Friday there is Dance club for the wee ones P1-4 and that is run Kaitlyn, Rowan and Eva. 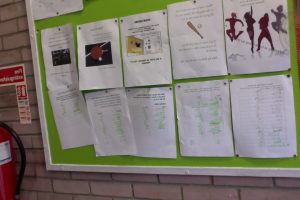 Everyone is really excited to be going to these clubs. There was a dance club last term and the wee ones loved it so we decided to keep doing dance club. Also for Rounders we wanted to do that last term but the weather was not suitable to use the grass so we decided to do Rounders club this term.

By Kaitlyn and Rowan. 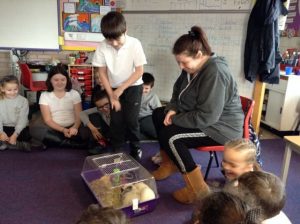 On Tuesday 7th February at 3PM my Mum brought my Guinea Pigs Rachel and Bella up to school for my presentation on my “Guinea Pig instruction Booklet “ I have been working on with Miss MacIntyre.

The cage was covered by a towel over it is because they like the dark and because they like it on their own. Also, Guinea Pigs can get scared easily and in new places. My class all sat around the cage quietly and waited for me to take off the towel. They were so excited and couldn’t wait to see Rachel and Bella. Ellen was jumping around on her knees she was that excited!

I carefully removed the towel and took Bella and Rachel out of the cage. My class were so happy to see my Guinea Pigs and that made me feel so happy for them. It was the first time most of them had met them and they thought they were both so cute! Most of the class preferred Bella because she is the baby Guinea Pig. I feel sorry for Rachel so I gave Rachel lots of love and cuddles as she is my favourite.

My mum also brought in the bowls, small water bottle, toys, food and the corn sticks they like to eat to show the class. I really enjoyed doing this project a lot and hope my class enjoyed learning about Guinea Pigs from me too.

In maths we have been learning about new things in Sum dog like fractions, time, shape and other stuff. Sumdog is the best maths game I have ever played.   Sum dog is a great game to use for maths. The game has got good games on it. Here are most of the games DRESS DOWN, JUNK PILE, KITE BOARDING, PIRATE SHIP, SOCCER, ANIMALS, TOUCH DOWN, TOWER CLIMBER. The aim of the game is to try and beat other players from different countries and your friends from other schools and your school.

Questions about sum dog? what is sum dog? sum dog is a game that you can use for Maths and other subjects in our class. Our class has won one of the certificate for the most points for sum dog.