Today the 24th of March is comic relief. We have dressed up in red and have been selling cakes and red 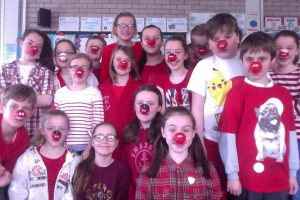 noses. All the money goes to Comic Relief. We are pleased to say that we raised £200!!! Hopefully we raise that much next year. Thank you to everyone who took part in this fun day and to all the people who brought some cakes in.

By Sophie and Holly 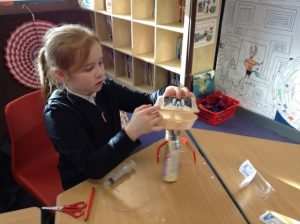 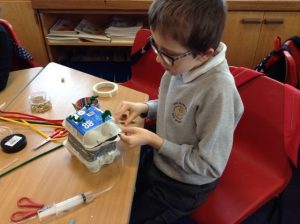 P4/5 have used their learning about hydraulics and pneumatics to build mythical monsters! 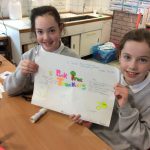 In our game we had four levels, all of them had a pink tree in it. They all had a pink tree in them because the whole point of our game was to get to the pink tree and that’s how you got to the next level. I think our group worked well together because we never left anyone out of anyone with nothing to do but I think we need to work on being a little more organized and faster. One problem we had to overcome was that we wanted the Kodu to eat the apples but he wasn’t, but as we tinkered around a little we found out that we had programed the apple instead of programing Kodu. The strategy that we used was debugging. 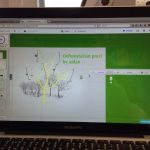 My Endeavour is Deforestation and its involved in science because I’m going to see how animals survive in those conditions and see how people can stop deforestation such as using smartphone detectors that detect saws and they send a alarm to a ranger the ranger comes and stops the person who is cutting down the tree. The science is about nature and the protection of trees.  In this I mostly feel happy because I am focused and calm but usually pictures don’t work and that makes me a bit angry. 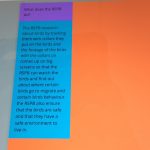 I have started a sway on geese migration on Islay, I have not done very many slides on my sway but I will be doing more. For a piece of homework for my Endeavour I drew a bird and labelled the different parts of it, on the back I wrote a bit about how birds fly but never finished it. I have done a book creator and have done quite a lot of slides. I am quite proud of my book creator and all the learning I have done through my Endeavour. The skills I have used is how to do a sway, how to do a book creator.

Endeavour is a long term project that you work on through out the year to improve your learning, which has to be ambitious. For my Endeavour I have chosen  Toys from the past. I hope to achieve some hand-made toys for the finish. I wrote to the Museum Of Childhood. I asked them questions that they can answer for my Endeavour, and I got a reply. With my reply I got a picture of a dolls house. This year I plan to make a toy from each decade, interview, planning, sway and many different things. So far I have achieved my sway, letter, information and a poster of popular toys. I will have learnt many different skills, For example building, designing and I will learn how much toys have changed. I really hope I will be successful.