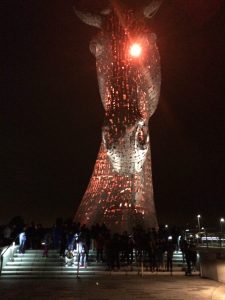 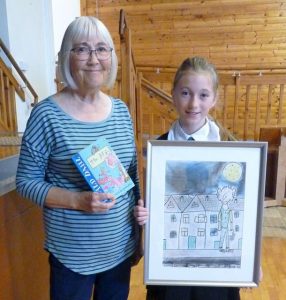 eptember it was Roald Dahl day! Everyone got Roald Dahl cakes and every cake had something to do with one of Roald Dahls books. We were doing art to do with Roald Dahl and at 2:30 we got to watch Matilda for a hour.  It was great!  Here is a picture of Bronagh with Mavis Gulliver receiving a framed copy of her BFG picture.