So… What Could Brexit Really Mean for Scottish Independence?

Home/So… What Could Brexit Really Mean for Scottish Independence?

October 31st: the scariest day of the year – and also Halloween. 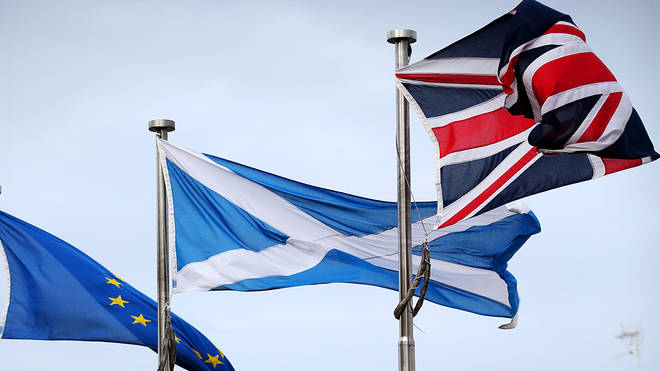 It’s apparent from the events of the last few years that no one is certain what will happen over the next few months and years in regards to Brexit.

Any consideration for a second Scottish independence referendum will depend on whether the UK leaves the EU, and if it does so, on what terms.

Leaving with a deal:

If the UK leaves the EU with a deal, Scotland could be in a position to argue that it’s unfair for us to leave the EU despite 2/3 of voters in Scotland voting to remain.

If Scotland became independent following this, this would give Scots the opportunity to decide if they wanted to join the EU again.

Leaving without a deal:

If the UK leaves without a deal, Scotland could be in the same position as above, but some people think the impacts on the economy and people’s everyday lives would be more significant, and so the argument for having a second independence referendum would be even stronger.

If Brexit doesn’t happen at all, some people would argue there is less reason to have a second Scottish independence referendum, as Scotland as a nation voted to remain part of the UK in 2014, and would now no longer be leaving the EU against its will.

Depending on which of these scenarios actually happens on October 31st, the pros and cons of a second Scottish independence referendum would be different.

On one hand, no matter which outcome arises from Brexit, Scotland would have more choice over how it wants to be governed in the future.

On the other hand, not everyone in Scotland who voted to remain in the EU necessarily wants independence from the UK.

It also could be difficult to ask a referendum question with a clear answer to whether Scotland should be independent from the UK but still part of the EU; would there instead be two referendums with separate questions?

Either way, whichever outcome we get on the 31st of October, lots of people are going to be unhappy, and the positives and negatives will vary based on personal opinion.