Jack’s, a recently launched discount supermarket owned by Tesco, is aiming to compete with the rise of Aldi and Lidl, and it just might pull it off. 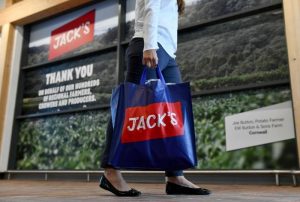 This new subsidiary of Tesco was created solely to compete with Lidl and Aldi, and has promised to offer prices lower than both Aldi and Lidl. Now that there are two of these stores open and more coming as soon as possible, have they held true to their promise?

The store seems to be competing fairly well with Aldi and Lidl in prices this week, with popular food items having similar prices all round. Although it seems Jack’s isn’t beating Aldi or Lidl in price. In due time, with more branches available, Jack’s might fulfill their promise and have the lowest prices a supermarket can offer.

Jack’s is taking many elements from Aldi and Lidl and implementing them in their own stores. Jacks has a Fresh Five offer on fruit and veg, identical to that of Aldi’s Super Six. Jack’s have a, what they’ve coined, WIGIG aisle. WIGIG is an abbreviation for ‘When It’s Gone It’s Gone’, and will be located in the centre aisle, just like how Aldi and Lidl do limited time offers on an array of products and place them all in one aisle.

Jack’s is replacing old Tesco stores or will be opening up directly next to Tesco’s. The store was given it’s name in honor of the founder of Tesco, Sir Jack Cohen. Jack’s will sell their own ‘own brand’ range, much like Lidl and Aldi’s, and the own brand products will take up more than half of the 2600 different products sold there.

Jack’s won’t only help Tesco keep in the game with the sudden growth of Lidl and Aldi in the past year, but also aid Tesco as the company fights with the £15 billion pound merger of Asda and Sainsbury’s.