So you want to display what’s on your mobile device to your class? There are a variety of ways to do this from direct wired VGA connection or with Apple TV (for the iPad) or with apps (such as AirServer app).

How to mirror iPads onto your whiteboard – a post by Tim Bleazard on the City of Bradford ICT support blog describing different ways of displaying what’s on the iPad through a projector.

Here’s a video by Richard Hirstwood showing how you can connect an iPad to a projector, screen or television with leads or via wireless: http://www.youtube.com/watch?v=gf2qeXC6aOo

Here’s a video tutorial on using the Reflector app on an Ipad to mirror what appears on the iPad on a projector: http://www.youtube.com/watch?feature=youtu.be&v=4ezxd0Hsavk&desktop_uri=%2Fwatch%3Fv%3D4ezxd0Hsavk%26feature%3Dyoutu.be&app=desktop 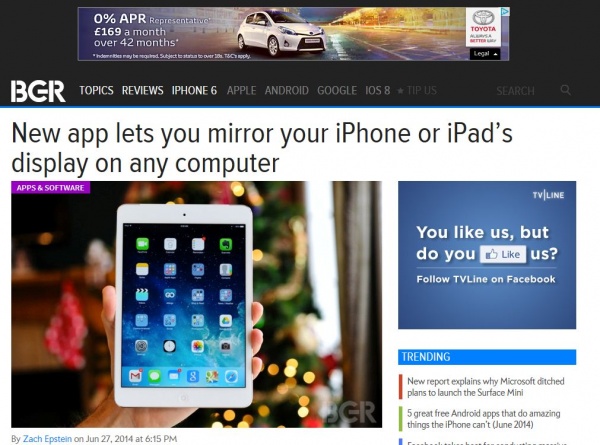 Welcome to the site to support support learners and educators in Falkirk Council education establishments in their use of digital devices in learning and teaching.