Today we welcomed Emma Currie into our class. She is a local student studying at Glasgow University who has been involved in many areas of politics and she’s still only 21!

Her interest stemmed from when she applied to be on the Pupil Council in P5 (take note folks – as those applications for Leswalt positions are due in next Monday!) and it grew from there! She has enjoyed many wide and varied experiences through her political passions including being a member of the SYP (Scottish Youth Parliament), working as an intern for Alister Jack, being a member of the A77 Action Group, organising the campaign for a politician who was subsequently elected, visiting Estonia and Taiwan as part of her political involvement and volunteering with many organisations – including at Stranraer Academy where she supported Modern Studies students – phew quite a list! And she’s only just beginning!

The pupils learnt lots from her powerpoint which gave a breakdown from councillors to Scottish Parliament to the UK Parliament. Emma also covered lots of interesting points such as why we should vote, how to get involved, what it all means for our area and, most importantly of all, the need for respect for all regardless of political leanings.

What an interesting afternoon – I’m sure she’s inspired quite a few to be the next Scottish First Minister or Prime Minister! 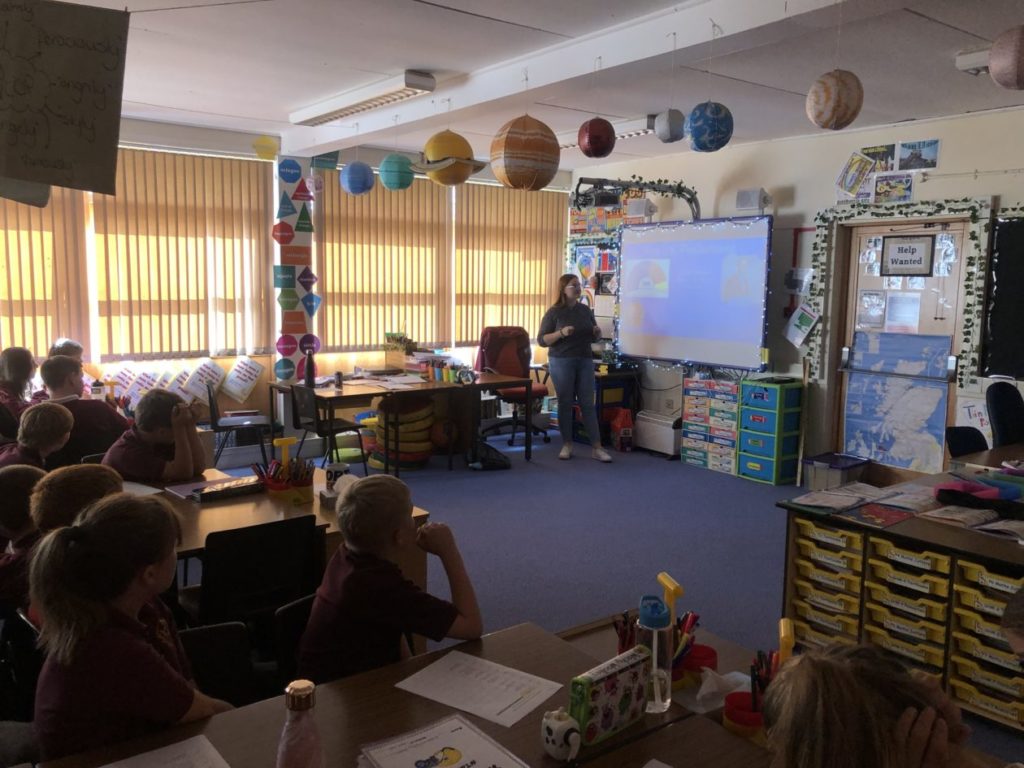