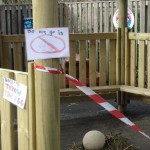 Having just returned from the Easter holidays, P1 and P2 could not believe their eyes when they discovered a nest containing a giant egg in their playground. It was the talk of the school, as they began to investigate the appearance of the mysterious egg. To safe guard the nest they taped off the area and made warning signs. The children kept watch on the egg and on the third day, it finally hatched. The mysterious creature was nowhere to be found and the children decided to set up an investigation using the evidence that was left behind.

The children believe it could be a large creature like a dinosaur so we have decided to explore this idea. We have contacted a local palaeontologist who will be visiting us next week to advise us further. 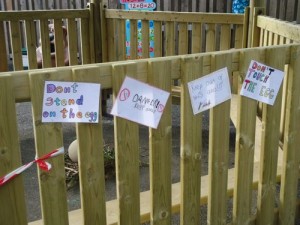 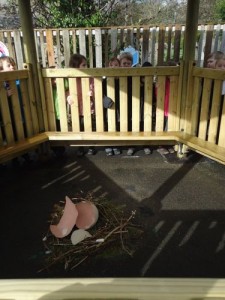