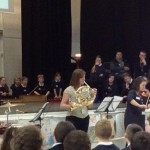 A fantastic day was experienced by pupils and staff when members of the BBC Scottish Symphony Orchestra and a BBC film crew took over Lochgilphead Primary School for the day! Pupils from Kilmartin Primary and Ardrishaig Primary also joined us for the day. A huge variety of activities took place with children participating in a whole school assembly, singing workshops, as well as musical and non-musical response workshops.

Groups of pupils had hands on experience with cameras and sound equipment and were able to produce film clips from the day. The day culminated in a showcase of the day’s activities, part of which was a musical response to Beethoven’s 5th which included bagpipes! 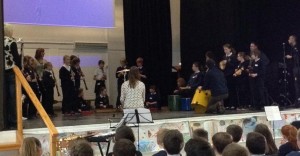