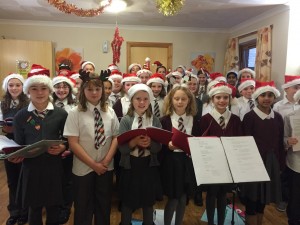 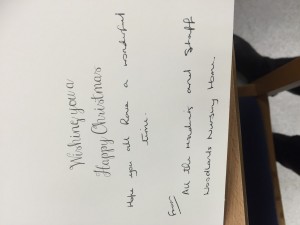 On Thursday the 18th of December a school carol concert took place at Williamston Primary School. Lots of music was played by our wind band. They played six songs in total and there were a few solos and duets. The choir sang beautifully just like angels! There were two trios and a duet from P7 and a song by the P6 girls. The boys from both year groups sang Walking in the Air and it was fantastic!!! The P7 woodwind girls played two wonderful songs together and one song in their instrumental groups. A HUGE thanks to Mrs Poynter, Mrs Kelly and Mrs Annan for taking time to teach all these festive songs.

Please take some time to watch our choir perform three of their Christmas songs on the West Lothian YouTube channel. View here