Primary 4 have been working hard with Miss Mackie to create their own model islands!

They learned about contours and they included features such as the Swamp of Doom, Pineapple Volcano, Coconut Wood, the Unknown Forest and Gumdrop Mountains.

Picking / ‘Thinning’ Lettuces from our Garden

Rannoch Class were thinning out the lettuces this week – they took some home. Mummies & Daddies have let us know they were tasty! They also had to thin the carrots out, but they have a bit of growing to do yet. We can’t wait for them to grow

While out in the garden the boys also did a bit of litter picking –there’s always litter around to tidy up!

Some of our pupils were ‘up-levelling’ their sentences this week, adding interesting adjectives to fit in and make sense. They used word banks to help them think of some, but once they got going, they were managing them no bother. Others were learning more about the initial phonic sounds – sorting / matching  v, qu, v,w,x,y,z into their own sets of matching initial sounds . This wasn’t easy for some, but with lots of support, it was really enjoyable and a lot of learning went on. We’ll be playing this again next week. This group were also  handwriting ‘q’  – well done boys!

In Maths this week, some of the boys were learning some topical (Space themed) number work to 10, 20, up to 30 in addition and subtraction; also including a Lego counting game, while the others were learning Division (double digits by single, no remainders)  and finished their maths working week with a 3x tables game.

This week, some more fabulous learning was done on Emotion Works- how proud we are of our class! The boys can now identify ‘triggers’ ‘body sensations & Intensity’ ‘behaviours’ and  ‘regulation strategies’ for some of the common emotions they experience. It is becoming easier for our boys to recognise their own emotions, and how to deal with them. Lots of work to do yet, but so very proud of how much these boys have managed to deal with this learning which can be very difficult for them from time to time to deal with.

Rannoch Class had a fabby time in the gym hall (gym hall doors open) this week – they did their P.E. lesson copying low level exercises from ‘Minecraft Yoga’ by watching the computer video! How FAB were our boys – brilliant!

Mrs MacDonald and thank you to the team – Mrs Hilson & Miss De for helping to make learning happen in Rannoch Class!

We kicked off the week in style in Primary 3 by cheering on the national team. The children enjoyed cheering on Scotland. We made flags and had some Scottish themed treats. Although it was not the score we had wanted we all had fun cheering the team on together.

Primary 3 had a lovely walk up to the community garden on Wednesday. We spent all morning enjoying the woodland area that has been developed by the community. Once we built our dens we had some time to explore the Stick Man trail, the Fairy Garden and lots more. We found it difficult to light our camp fire due to the rain but we persevered and managed to toast some marshmallows before heading back to school for PE.

As we walked along the path to the garden and crossed the road this gave us the opportunity to revisit road safety, we were all very good at remembering the road safety rules.

We have continued with our class talks on castles this week and it has been great to get a variety of castles as well as a variety of facts. It is safe to say we have all really enjoyed learning about castles this term.

In maths we have been taking the time to revise and consolidate the work we have been doing throughout the year. We have become very good and explaining our learning and the strategies that we can use to solve a variety of mathematical problems.

We are looking forward to our last week in Primary 3 next week!

This time, it’s the French Phrase of the Week! We only have a week left at school and Pierre is already looking forward to some rest and relaxation down at the pond.

Have you noticed how tidy the School Grounds have been this week? It’s thanks to Primary 4 picking up the litter and also to those people who put their litter in the bin instead of dropping it outside!

Primary 1 were very patriotic today supporting Scotland in the Euros. We learned about the Euro’s competition and that 55 teams are eligible to qualify but only 24 make it through to the final stages. We were so excited to cheer on our home team. We learned that our National Anthem is ‘O Flower Of Scotland’ and we listened to this before we saw the team singing it. We also had a dance to ‘Yes Sir, I can Boogie!’ We had great fun.  We all loved this song and we watched the Scotland players dancing to it when they qualified for the Euros.

We made some Scotland flags and we shouted ‘come on Scotland!’ We had a great afternoon cheering on the team.

Rannoch class were busy this week making Space & Nature Mobiles, which they designed and decorated themselves. Great job boys, but the stringing together was very tricky – the boys exercised lots of patience doing this part, while enhancing fine motor skills in knotting and threading the fine string through the parts – the end product was worth it!

The class were in the Wooded beside the school area along with Alice, our Outdoor Specialist. This week they were identifying insects and took a special interest in one solitary ‘Bee’ that seemed to be injured on the ground. Alice scooped it up into a transparent specimen jar for the boys to look at closely. They loved this and were asking Alice lots of questions, to which she always had an answer!

The boys enjoyed playing a ‘Respect’ game for both Maths /HWB work. Our younger learners are getting really good at ‘counting on’ now in a game, while the older learners are becoming more independent playing the game, reading the prompts themselves and following through to finish.

Another busy week in Primary 3.

To start the week we had three individuals in the final of the Scots poetry competition which was a fantastic achievement! To top it off one of our finalist won the overall competition and will get their name engraved on the shield. We are all super proud of not only our winner and finalists but everyone who put in an entry. Miss Stenhouse was blown away by the quality of the entries.

We had to say farewell to out butterflies this week as they had made the full change from caterpillar to Painted Lady Butterflies. It has been very interesting learning about life cycles and this made it more exciting watching it happen before our eyes.

We were all pleased that they did not fly away straight away! They stayed to say goodbye and we were all very gentle with them.

This week also saw us complete our class talks on Castles. Well done to everyone, some great facts learned about lots of different castles. We have a couple more to go next week so if you haven’t completed your talk there is still some time to practice.

European country is and have enjoyed looking at the history of the competition. We were amazed to find out that it has been as much as 22years since Scotland made it this far.  In addition to this we discussed the Scottish National Anthem, listening to it and discussing how we feel about it.

Finally we had a valiant effort in the West Lothian Sumdog competition this week. We finished 14th out of all the schools entered across West Lothian. We are all very proud of our efforts, we were synergizing to get the job done.

Primary 4 have worked hard all week.

We worked hard in Literacy to learn how to spell tion words and we revised how to use speech marks. We enjoyed our reading books and our comprehension skills were fantastic!

In French, we have started to revise Pets and we are going to learn how to say that we have more than one pet next week.

In Maths, we worked on multiplying and dividing. After that, we worked on Information Handling. We have learned a lot about Bar Graphs and we had to write True and False Facts for our Maths Journals, We also started to work on Venn Diagrams! We used some hoops from PE and from our playtime bag. We’ll do some more next week!

In RE, we learned all about St Peter and St Paul so that we are ready for their Feast Day on 29th June. We answered questions in a Quiz and scored lots and lots of points!

We worked on Explanations this week too. We wrote about different subjects such as how tadpoles turn into frogs, how to make a chocolate cake and how to look after kittens.

We added transitions to our power points about Scottish athletes in Team GB. Transitions are great fun!

We now have a display about the Euros so that we can keep track of how our favourite teams are doing! 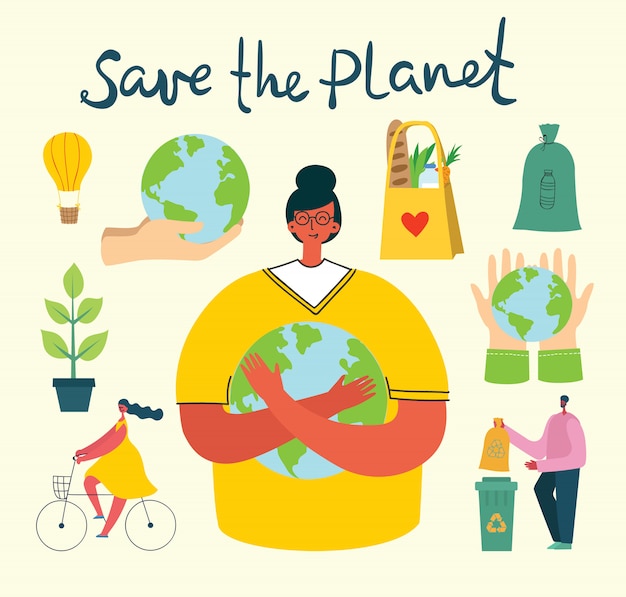 This morning we were learning about how to look after the environment.  The earth is so precious and beautiful and we all need to play a part to care for it.

We listened to a short story and learned 10 things we can do to care for the environment.   We then chose our ‘top five’ and made a poster displaying this, then shared our ideas with our friends.  Here is the story we watched in class:

Evie – Put your rubbish in the bin and make sure you don’t just drop it.

Olivia – Look after all the plants and animals by caring for them.  Make sure they are all safe.

Rosie – Switch the lights off, use paper more than one time and turn the tap off when you are brushing your teeth because you don’t need it on and it just wastes water.

Charlie – Pick up the rubbish and put it in the bin.  You shouldn’t be dropping it.

Maisie – My top five: Don’t waste water when you brush your teeth.  Recycle at home.  Turn the lights off.  Don’t stay in the shower too long.  Reuse your bags.

David – Have s shower, not a bath.  Baths wastes all the water.

Amelia – Use both sides of the paper so you don’t waste it and use too much.

Ethan – Recycle your stuff and put your rubbish in the bin.

Darren – You should look after the animals.

Katie – Turn the lights off because you don’t need them on all the time, that’s a waste.

Tweets by stmaryspolbeth
My Tweets