The STEM Insight programme offers staff in schools and colleges a unique chance to experience STEM-related work in industrial settings.

You will be able to participate in a placement with an employer, be supported by face-to-face and online CPD from STEM Learning and SSERC, and learn more about diverse career paths and opportunities for your students. 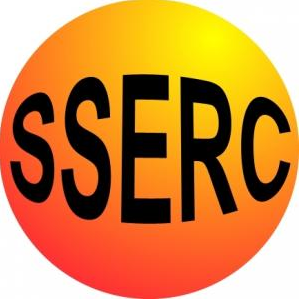 We are seeking to appoint an enthusiastic and creative individual to join the SSERC team which is dedicated to building capacity in Scotland for high quality CPD for science teachers and technical support staff. In addition to proven subject expertise, you must have an appropriate mix of practical, science, technology and ICT skills to contribute to a flexible technical support service across the sciences and technology, with a high regard to Health and Safety.

You should hold an SCQF level 5 qualifications in a relevant subjects and previous experience in a similar post is essential.

Further Details can be found at http://www.sserc.org.uk/index.php/vacancies/3430-vacancies-october-2014

We are seeking to appoint an enthusiastic and creative individual to join the SSERC team which is dedicated to building capacity in Scotland for high quality CPD for science teachers and technical support staff. In addition to proven subject expertise, you must have an appropriate mix of practical, science, technology and ICT skills to contribute to a flexible technical support service across the sciences and technology, with a high regard to Health and Safety.

You should hold an HNC or equivalent level qualification in a relevant subject and previous experience in a similar post is essential.

Further Details can be found at http://www.sserc.org.uk/index.php/vacancies/3430-vacancies-october-2014

Immerse yourself in the world of industry and university

The STEM Insight programme, run by the National STEM Learning Centre, offers you an invaluable chance to experience STEM-related work in industrial or university settings and learn more about diverse career paths and opportunities.

During a placement, develop your knowledge of STEM careers and routes for your students to progress into STEM-related employment. Work with world-leading employers across a range of STEM industries such as manufacturing, engineering, medical, computing and many others.

Spend time in a leading UK university and learn about the latest cutting edge research in your field. Support your students as they make the transition to university.

This is made possible by the generous support of our partners in Project ENTHUSE: the Wellcome Trust, Department for Education, BAE Systems, Biochemical Society, BP, Institution of Engineering and Technology, Institution of Mechanical Engineers, Rolls-Royce, Royal Commission for the 1851 Exhibition, Institution of Structural Engineers, IBM and the Royal Society of Chemistry.

tion STEM E&E Grant Scheme offers UK-registered state schools a grant of up to £500 to experience a STEM activity taken from the STEM Directories. The scheme is designed to help integrate STEM Enrichment and Enhancement activities into school practice and to support teachers’ professional development.

For over 200 years the Royal Institution (Ri) has been at the forefront of public engagement with science and its mission is to encourage people to think more deeply about the wonders and applications of science. The Ri manages the STEM Directories, an online catalogue of STEM E&E (Enrichment and Enhancement) activities offered by organisations across the UK. The activities are described as Enrichment and Enhancement because they enrich or enhance (go beyond) the school curriculum. The activities are usually events or experiences that cannot be delivered with standard school resources.

The Ri receives funding from the Causeway Foundation to run and develop the STEM Directories and to enable wider access to its listed activities by offering the STEM E&E Grant Scheme.

What do the grants offer?

What are the eligibility criteria?

In order to apply for a grant, you need to:

More information, along with how to apply, can be found here.

The Halo Harp project comprises the construction of a unique interactive laser based musical instrument exhibit. This is a Laser Harp which uses a circular ring containing 8-16 eye safe red laser pointers with photodiode detectors to monitor “plucking” of laser “strings”. Unlike traditional laser harps, it employs the novel concept of crossed laser beams, permitting great versatility for configuring output sounds, via an on-board Raspberry Pi microcontroller to synthesise sound. A prototype harp has been constructed (footage viewable at https://youtu.be/URPzP2IZZvc) as part of International Year of Light (IYOL) 2015. A second harp is currently being built, funded by Institute of Physics Scotland, which will be located in the National Museum of Scotland, Edinburgh. The harp will be a permanent exhibit for general display as part of the museum’s new Science & Technology Gallery, due to open 2016. This will immensely broaden the audience who will be able to interact with the exhibit (the museum attracts over 1.6 million visits per annum).

The harp is also available as an open source project to allow schools to engage with the different subject areas including;

Physics: how lasers can be used with photodiodes as on/off sensors or strings

Design & Technology: Fabrication of the harp in wood or an alternative material

Art: utilising the possibility to pluck strings and play “colours”

Music: composition on the harp and studying the different musical tunings available

Computing Science: using a Raspberry Pi microcontroller to interface with the harp strings and sound system

School of Physics and Astronomy 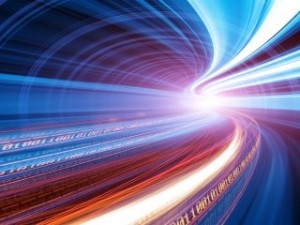 Welcome to our e-bulletin for sciences, technologies, engineering and maths (STEM). Please forward to those who may be interested.

Received this from someone else? Sign up to receive it directly.

The Ultimate STEM Challenge is a new competition run by BP, the Science Museum and STEMNET.

We’ve got loads more news to share! See our STEM blog for the latest updates.

We are pleased to inform you that the autumn edition of Education Scotland News is now available, providing the latest information on some of our key activities across the sectors, from the early years to adult learning.

This edition has a particular focus on Developing the Young Workforce and contains some useful articles on the Scottish Attainment Challenge, How good is our school? (4th EDITION) and the National Improvement Framework.

The Ultimate STEM Challenge is a new competition brought to you by BP, the Science Museum and STEMNET.

The Challenge is aimed at teams of two to four students aged 11 to 14 from across the UK. Participants will put their Science, Technology, Engineering and Maths skills to the test and have the opportunity to win some fantastic prizes, including an invitation to a celebratory event at the Science Museum in London, £500 for their school and Science Museum goodies.

More information on the Ultimate STEM Challenge can be found here.

The Scottish Government will launch a campaign to encourage more teachers to enter the teaching profession, the Education Secretary announced at the Scottish Learning Festival in Glasgow on Wednesday 23 September 2015.

Ms Constance also announced funding for projects to boost resources for schools in disadvantaged areas to the audience of teachers and education experts at Scotland’s biggest education event at the SECC.

The ‘Inspiring Teachers’ campaign will feature figureheads from Scottish business, industry, media and science, sharing their memories of the teachers that inspired them and helped them get where they are today.

“We hope that the #inspiringteachers campaign will attract more high-quality, passionate teachers into the profession, particularly in science, technology, engineering and maths where we know there is a demand.”

More information can be found here.

“Apps for Good is an education technology movement that is transforming the way technology is taught in schools, turning young tech consumers into tech creators. Apps for Good aims to unlock the confidence and talent of the next generation of problem solvers and digital makers: young people who are ready to tackle the 21st century workplace and are inspired to create new tech ideas that can change their world for good.

In partnership with Samsung, Apps for Good are pleased to be running two Regional Roadshows in Scotland in September, with a theme around ‘Bringing the real world into the classroom’. Join Apps for Good at the roadshow to learn more about:

There will also be an opportunity to network with fellow Apps for Good Educators and share best practice and the chance to hear from our External Partners, Code Club and CoderDojo Scotland.

If you have any questions about Apps for Good or the Regional Roadshows, get in contact with education@appsforgood.org“