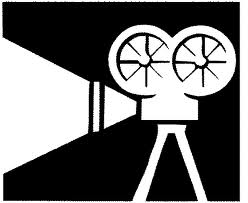 The aims for this session were:

•To explore ways pupils can read with understanding, communicate effectively face to face, in writing and through an increased range of media

Sharon began with an overview of the six reading comprehension skills and outlining the range of media resources available to support the development of these skills.

John began by outlining the key differences between a ‘book’ as text and ‘film’ as text: 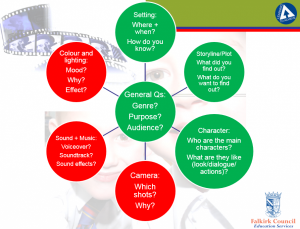 John then identified the different types of camera angles: close-up, extreme close-up, high/ how angle shot, long shot, point of view shot, zoom and tracking. John showed different stills from a range of films and the teachers identified each shot.  The teachers were then asked to use their mobile devices to produce a camera shot from this list.

John then went onto analysing the use of music in film and we learned that music in film is known as the soundtrack. It  can be divided into two categories –

a. Diegetic music (in the film – characters can hear)

b. Non-diegetic music (music that characters cannot hear – not part of the film’s ‘reality’)

We then analysed a scene from Jurassic Park identifying examples of diagetic and non-diagetic music.

The final part of the course looked at the effect of lighting in film. We analysed a range of stills taken from recent films and examined the effect the lighting had on the meaning of the text.

At the end of the session, colleagues put all of their newly learned knowledge and skills to the test by analysing the film trailer for War Horse.

Feedback from this session was very positive and the course will be running again at Camelon Education Centre on March 5th from 4 til 5.30pm. (Course Code SW008). We are also hoping the Film Club will be attending this session too to share how Falkirk establishments can sign up to the fabulous range of resources on offer to support the development of literacy skills using film as text.

For more information about this and other literacy courses, please contact Sharon Wallace. 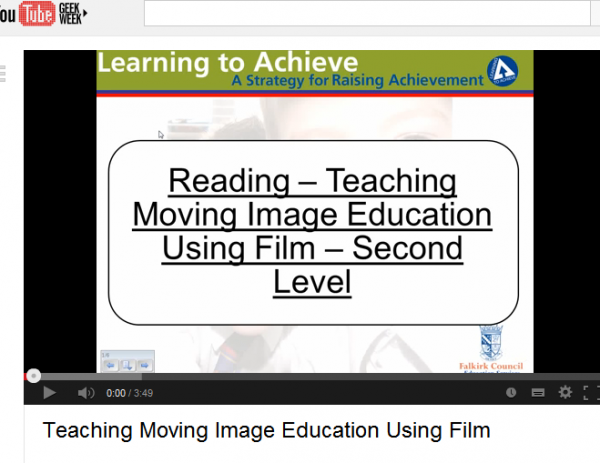 These short video sessions are aimed at Second level, however some of the materials can be adapted and applied to earlier stages.

Sharon has recorded nine short videos for ‘Reading’ including using film trailers, critical analysis, non-fiction analysis and moving image education. There are two sessions relating to spelling and these include the new spelling section and vocabulary building which explores homophones and affixes. There is one training session called ‘Developing Writing at Second Level’ and this looks at incorporating a range of different genres, as well as the use of mixed ability writing trios and effective conferencing to improve writing skills.

These short animation videos are part of a series of CPD online sessions which range from P1 to S1.[kml_flashembed movie="http://www.youtube.com/v/gvXEPThdi2c" width="425" height="344" allowfullscreen="true" fvars="fs=1" /]

Yvonne Manning, Principal Librarian, Curriculum Support Team, Falkirk Council Education Services organised a project with looked after and accommodated young people who worked with storytellers and an animator to create a film which will be launched at Falkirk Town Hall in March 2013.