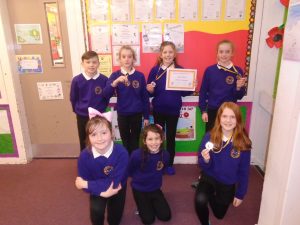 Our P1’s spent the last week working through their new reading book. The book was called “A Monster for Miss Owen.” In the book the children in the class use boxes and cardboard rolls to make a monster. So, on Friday we gave our P1’s the chance to do the same for their teacher. Pictured below is “Dave” and I am sure you will agree that he looks fab! Well done boys. 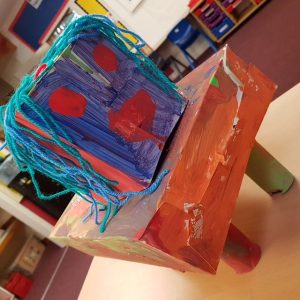