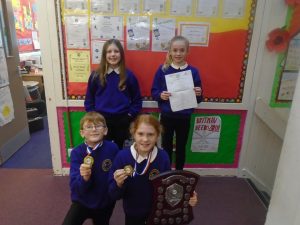 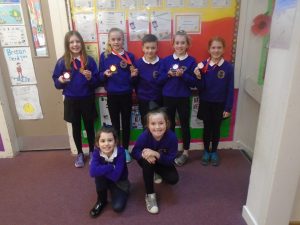 Well done to the Under 11 girls Sarah Maciver, Mairi Maciver and Elizabeth Greenstock who received the under 11’s trophy for Tolsta. Sarah Maciver came first and Mairi Maciver came second in the under 11 girls individual competition across the series.  Jordan Nicolson came joint first in the Under 11’s across the whole series. Francesca Greenstock received the medal for coming second across the whole series. Congratulations to all our Cross Country competitors.