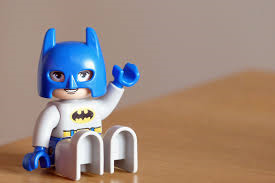 Everyone knows how hard it can be to stay focused on a boring task. It is even harder to not get distracted with all the distractions around us. How often do you find yourself checking social media or news websites when just 15 minutes ago you sat down to do some important work? Now imagine how difficult it would be if you were a young child.

A recent study by Rachel White and her colleagues found that children pretending to be a fictional character are better at resisting distraction and staying on task. They asked children aged 4 to 6 years to complete a boring, slow but supposedly important computer task. It involved pressing the space bar whenever the child saw a picture of cheese or not pressing anything when the screen showed a cat. The children were encouraged to stay on task, but they were informed they could take a break whenever they wanted and go play a game on the iPad, which was left nearby.

Results showed that six year olds spent more time on the task when compared to the four year olds. However, children, who were told to imagine themselves as Batman and were even given a Batman’s cape to wear, spent more time working on the task regardless of their age. This might be explained by the created feeling of self-distance from the task, which has been known to help people prioritise longer-term goals and resist distractions.

You can read the full article here.