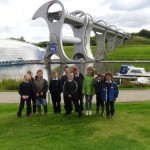 The first and second level pupils from Luing Primary School had a fabulous trip to the Falkirk Wheel. They experienced going on the Wheel, learned how canals were built and had lots of fun in the play park and water park. My favourite part was on the wheel. We went on a huge canal boat that went extremely slowly. Once we were on the wheel it only took four minutes to go from the Forth and Clyde Canal to the Union Canal. It was so amazing and it was so quiet for its size. On the Union Canal we went through a massive tunnel called the Roughcastle Tunnel.

At the end we got to play in the play park and water park, which were great fun.
By Duncan

“The Falkirk Wheel was ginormous, as high as eight double decker buses.” Logan

“The Falkirk Wheel was fun because it is so slow and so high and it feels scary. The tunnel is even scarier.” Noah

“It was good I liked going high up on it.” Richard 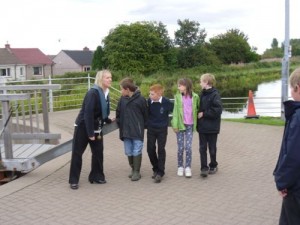 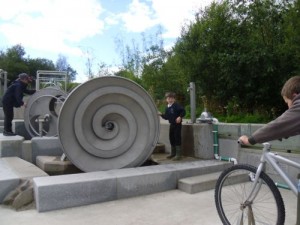 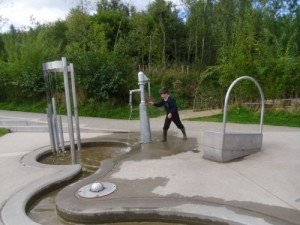 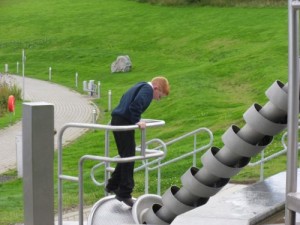 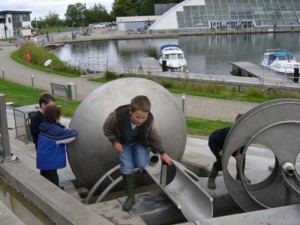