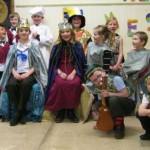 There was not an empty seat in Cullipool Hall when the pupils of Luing Primary School entertained parents, grandparents and members of the local community. The evening started with the audience being greeted at the door with mince pies and mulled wine.  The children then sang a variety of seasonal songs (accompanied by the ukuleles).  The Early Level stealing the show with their rendition of S.A.N.T.A.  The highlight of the evening then followed with all children playing a role in ‘A Right Royal Mess’, along with special guest appearances by two Dad’s, who played the roles of princes. 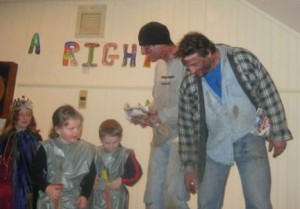 There was lots of laughter as the plot unfolded, a king and queen planning to marry their daughter off, servants playing a joke. A wicked fairy causing trouble, a bad tempered chef, a jester who didn’t want to jest anymore, minstrels who never got to play and lots more.

Everybody had a fabulous evening. 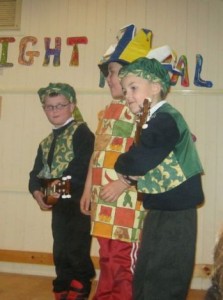 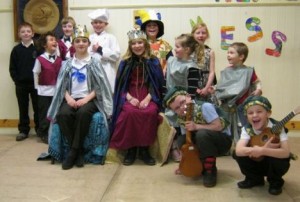