We had the ultimate #ThrowbackThursday on 17th November as Achaleven Primary held a Victorian day. Our school celebrates its 150th birthday this year so we turned back time, and discovered what a typical day would be like around the time the school opened. 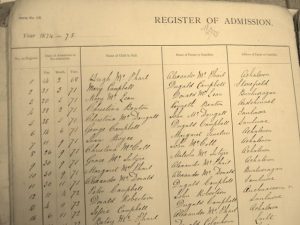 Everyone, staff included, dressed for the occasion! There was some bemused looks on the faces of the pupils when they went into class to see desks laid out in rows. 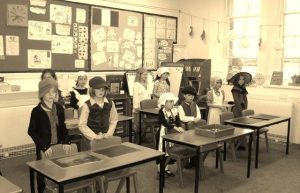 The school was very quiet compared to normal during class time. Everyone were relieved when break time arrived so the children could have a go with Victorian games such as marbles, jacks and the ageless skipping rope, and the staff could take a break from being so stern! 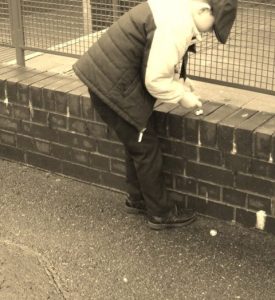 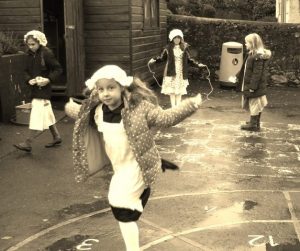 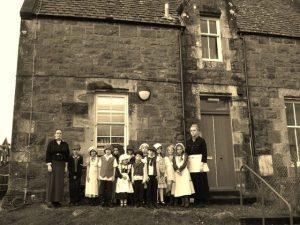 Here are some thoughts from P5 of the day;

Millie – I didn’t really know what to expect! First we lined up, boys separate from the girls, and we went into class and had to stand behind our chairs. When work started it was easy for the older ones but harder for the younger ones so when they got stuck we had to show them. When someone came in the room we had to stand up!

Lily – We did something called drill. It’s really just flapping your hands around the place! Then we did some Arithmetic – it’s like maths but easier. Then we went out for break and I played with the skipping rope. After break we did some reading and it was so easy.

Hannah –We all curtsied to Mrs Burt and the boys took of their hats on our way into school. We all read the same book and for writing we wrote on slates and we wrote things like cat. Mostly all we did was copy. Our school opened 150 years ago in 1866.