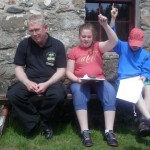 On the last week of term, June 2014, the pupils of Sandbank Gaelic Medium Unit visited Auchindrain as part of their local history project and Crofting Connections work. They had brainstormed a set of questions that they wanted to ask the curator, Mr Bob Clarke, which would help us to understand the forces of change in the lives of local people through the last couple of centuries. Mr Clarke took us on a tour of the houses, telling us about some of the inhabitants and their way of life. We learned so much that we would not be able to write it all down in one report!
Achadh an Droigheann is Gaelic for the Field of the Thorn Tree and is situated on the crossroads of two drover’s tracks. It was also a drover’s stand which meant that they could stay there overnight and their cattle had permission to graze there for one night before moving on. We saw the type of crops they would have grown, farming implements, living conditions and cookery equipment. We heard how the houses changed over time (situation, building style, size and garden area). We learned that Auchindrain was never cleared, although some other nearby settlements were, and that Queen Victoria visited the village at the invitation of the Duke of Argyll. She wrote in her diary that she had visited “the peasants’ dwellings” and gave a description of the houses.

We had a brilliant day there. It was extremely informative and helped to give us a background of the history throughout Scotland with particular reference to our own locality which will assist us in researching our own site at Allt na Blàthaich. We heard that the inhabitants had not been too badly affected by the potato and cereal failures as they had always planted a variety of crops rather than depend on one type. We have also planted our own cereal crops (old and modern barley and oats from Crofting Connections) in the school grounds for harvesting and processing next autumn. We have been invited back to Auchindrain to help with the tattie howking and perhaps some thatching, which we are looking forward to. 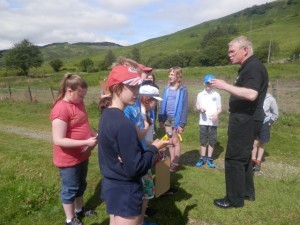 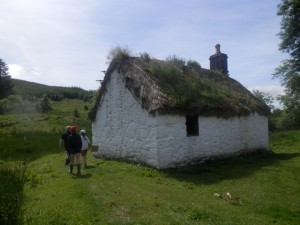 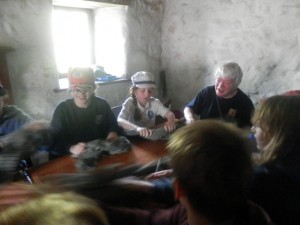 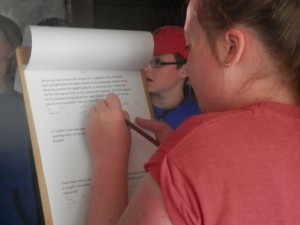 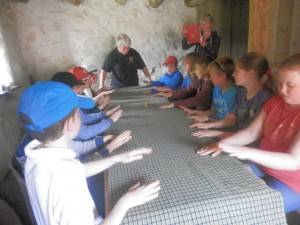 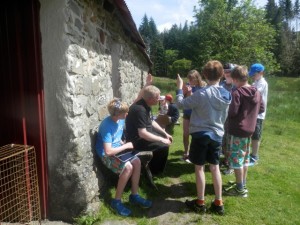 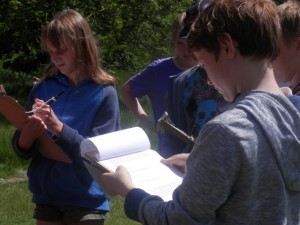