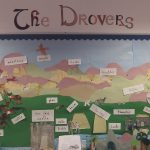 Mrs. Watson’s P5/4 and Mrs.Kersel’s P5/6/7Gaelic classes have been learning about the Drovers in the 1700s. Using a new storyline being piloted for Storyline Scotland and the Royal Scottish Geographical Society the classes have followed the journey of two young teenage boys, Rob and Angus, on their first Drove. Engagement with the characters has brought the story to life for the pupils as they learned about sheiling life, hardships on the drove and the joys of the Tryst.

The project was enriched by a visit from Tara Coia from Dunoilllie House, who showed us how to spin and weave, Angus from Dunoillie, who brought old droving maps, and Alastair Taylor, droving story-teller. The pupils learned how to make bannocks and butter, tell stories and they even created their own drovers dance.
Although the Drovers did not have maps, the pupils investigated routes and distance from Oban to Crieff and even calculated how long a drove might take.

The journey finally ends at the Tryst in Crieff and we celebrated in class with our very own auction of our mini clay highland cows. Donald Morrison, from Oban Mart, came and told the pupils about auctions and how they still call people the Dealers and the Drovers. He then conducted a fast and furious auction in true South Uist style. Every child bought and sold a cow and there were prizes for the best cows and the most canny bidders.

In the spring we are hoping to go on a long droving walk, with stories, food and maybe even a pony or some cows! Watch this space. 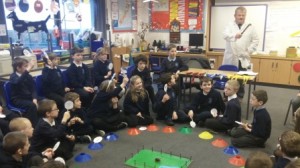 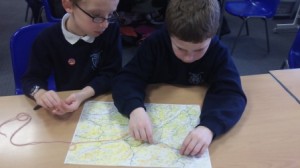 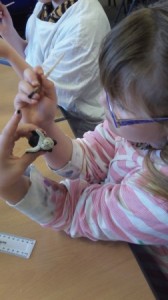 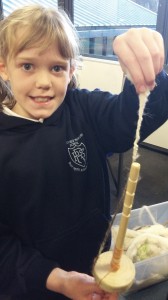 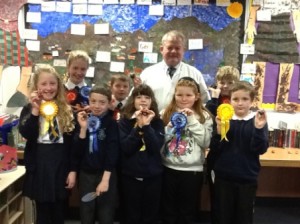 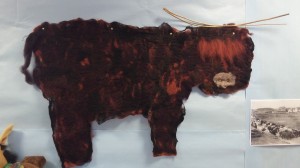