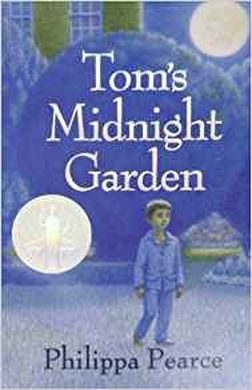 This term p6/7 were reading books to improve their reading skills. We worked in groups. It was pretty fun. The book my group read was called Tom’s Midnight Garden which is by Philippa Pearce. This book is about a kid called Tom who, when the thirteenth strike happens on the broken old grandfather clock, enters a lovely garden full of plants in which would normally be a small pathway with some bins and flower pots. I enjoyed the book because of the fact that there was none other book like it. I also liked it because it was actually quite interesting how he realized what was happening so fast and how it has some aspect of realism in it unlike a lot of other books. It’s also good because of the twist ending in which we find out that the landlady Mrs Bartholomew is in fact Hatty. “Quite early in Mrs Bartholomew’s story Tom suddenly leaned forward and whispered: ‘You were Hatty – you are Hatty! You’re really Hatty!'” This was to show that Tom understood what she was saying and so that if the reader didn’t realize that she was Hatty they would’ve got it. Altogether I would say the book was a 4/5 because at some parts it did get a little boring and that the story takes some time to turn into something interesting. I would say that the genre is fantasy because the main character travels back in time in to a garden which is full of color although in reality it would be a small little paved garden. Altogether this book is a good read and I would recommend it to anyone who is interested in books that are more than they seem and books that make you think about what is going to happen next. 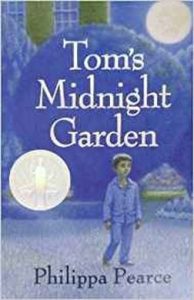