Primary 5 have been so excited about Easter and today were set a STEM challenge to build a basket for the Easter Bunny to carry eggs.

The only resources they could use were:

Some of their creations are fab!

We will assess them after the holidays and see how much they can hold. 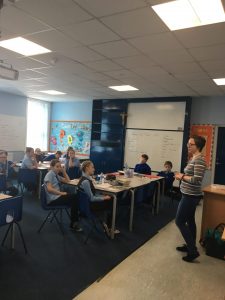 Mrs Haig, our STEM ambassador, came to visit P7 to talk about career pathways into engineering. We asked lots of questions and were left feeling inspired.

This afternoon, Primary 4/5 were very busy designing  ‘unsinkable’ boats.  We were each given a 2l bottle (boat), 2 bottle ends (bulk heads) and enough weights to half submerge our boat in the water. We had to work together in our groups to find the best place for our watertight compartments and the best distribuation of weight.

Every group had to ensure that their boat was level in the water with the bottle top half submerged.  When our hull was breached (bottle lid removed), we used ipads to time how long it took our ship to sink.  Our results showed that ships sink faster with no bulkheads.  We also discovered that if the there were too many weights at one end of the boat, it caused our breaced hull to rise above the water level giving us false results.

One group discovered that placing the bulkheads at either end of the ship with the weight evenly distributed was the most effective in allowing our boat to stay afloat.

This afternoon we were conducting a very exciting science experiment.  We used milk, food colouring and washing up liquid.

Firstly, we poured some milk into a bowl. We then added 3 drops of red, yellow, blue and green food colouring. Next, we got a cotton bud, dipped it into washing up liquid, then gently touched the milk with the cotton bud. It created a ‘colourful tornado.’

Some of the adjectives we used to describe the effect were: ‘extraordinary’ (Thomas), ‘scientific’ (Cuan), ‘a burst of rainbow colours’ (Millie), tie-dye (Riley and Sophie).

Come and visit us on Monday night at 7 pm to see it for yourself!

Yesterday (Tuesday 21st March) Primary 5 had a wonderful science STEM day and made cornflour slime. The children all enjoyed getting involved with the experiments and trying things out and following the instructions to make new things and to show changes in colour and changes in state.

The children found it quite tricky to mix the cornflour and water and had to work hard to combine the two using lots of muscle power.

Eventually, when the consistency was correct the pupils chose their preferred colour for the slime. 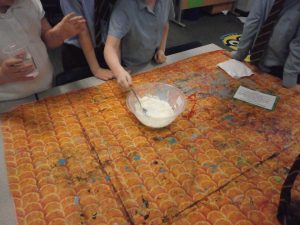 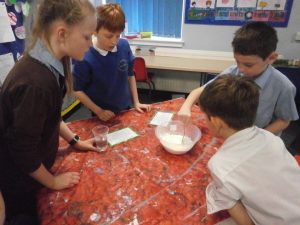 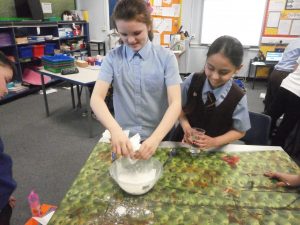 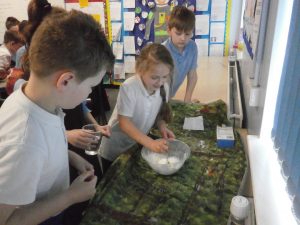 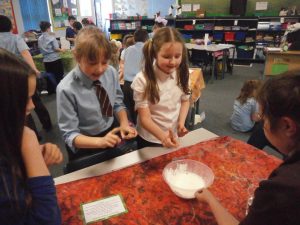 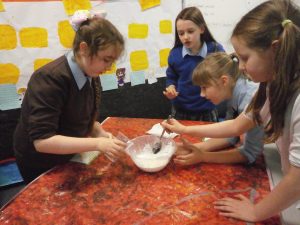 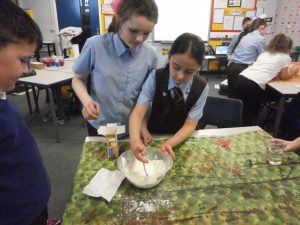 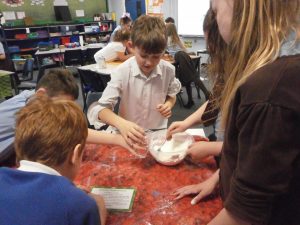 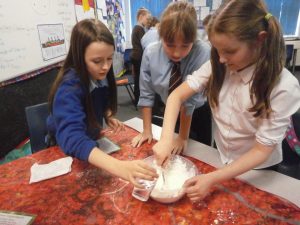 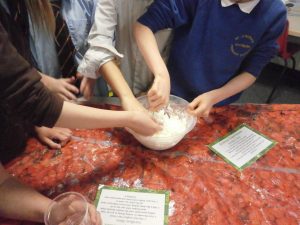 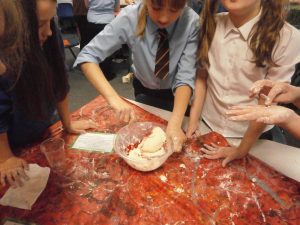 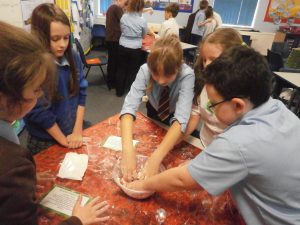 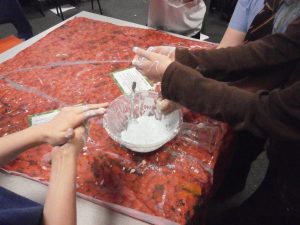 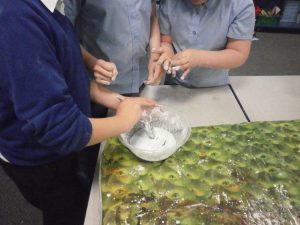 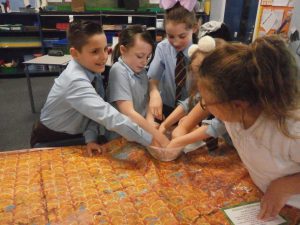 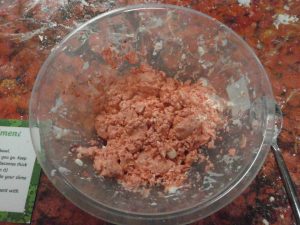 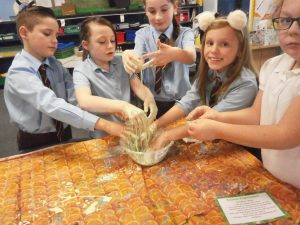 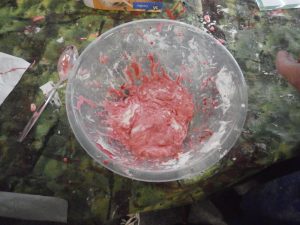 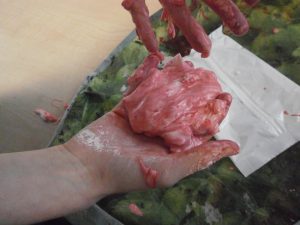 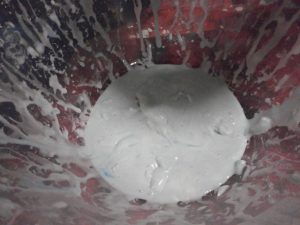 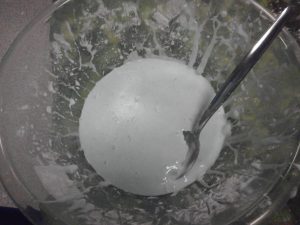 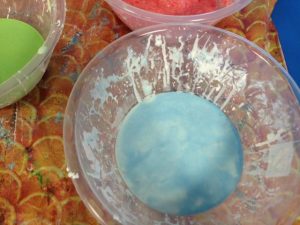 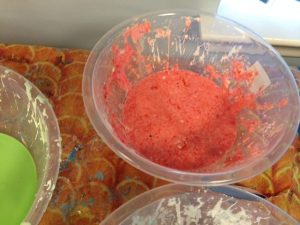 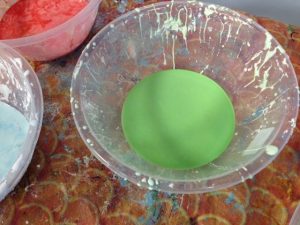 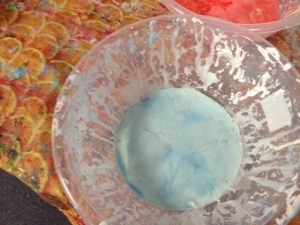 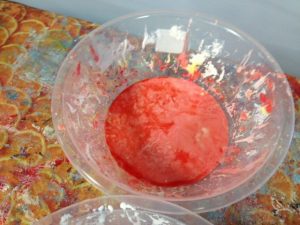 Primary 5 had a fabulous day today conducting a variety of experiments in class related to changes.

They looked at colour change and change in state.

The children completed science reports on each and came up with their predicitons for each experiment before conducting it.

The children had an excellent time participating in these experiments and worked together in small groups sharing ideas.

They then came up with their findings and conclusions for their reports.

Tomorrow the children will finish their report on Cornflour slime and reflect on their findings.

Fair to say that the children enjoyed their science day and will hopefully have more science experiments to report on.

Primary 4/5 became scientists for the afternoon.  We were experimenting with an orange and a grape to see if they would float or sink.

A lot of us thought the orange would sink because it was heavier than the grape.  Imagine our surprise when our experiment showed it was the other way round.

Mrs Haigh (Emma’s mum) spoke to us about density and why the orange floats even though it’s heavier.  Did you know that the orange peel contains little air pockets that make it less dense than water?  This is why it floats.

We tested this theory by peeling the orange…it sank!