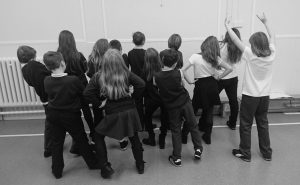 We started the day with a Power Points about  SID.  We decided to make a rap about it instead of making posters because we thought that a rap would be more fun.  Before we started the rap we worked in groups and dicussed a slogan for our rap and the message we want to share.  We found some music with a good beat.  We wrote the rap by using all of our ideas.  We recored the rap and hope you all enjoy listening!!

Just to be an Internet Sensation 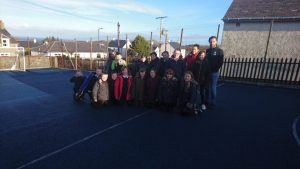 We have been having many discussions about the different jobs we might like to try when we get older.  Last week we learned that all jobs in the film and entertainment industry don’t necessarily mean you have to be the star of the big screen.  This we week invited some guests from the world of sport.  Liam Hamilton, from Street League, and Danielle Connolly of South Ayrshire’s Employability and Skills,  came into school to talk to us about their jobs within the football world, and their jobs as people that help others’ find training and employment.

Danielle has had a career in women’s football.  She played for Celtic, for a team in America, and now plays for Hamilton Accies.  After she left we discussed the fact that females in football do not get paid the way male players do……interesting discussions! 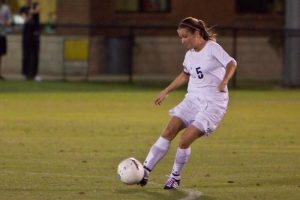 Liam started his working life as a coach builder and later decided to train as a football coach.  He went to Stirling University and now coaches youth teams.  Liam currently coaches with Ayr United.  His full-time job is with Street League,  which involves supporting unemployed 16-24 year olds to move into sustained employment using the power of sport. 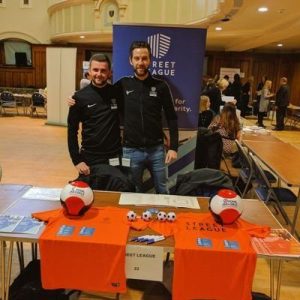 We interviewed them both and recorded the interview to make a podcast.  The podcast is available to listen to from this blog.  Click the video at the bottom of this post.

Here is what the pupils had to say about their visit…

I liked the fact they both like Lionel Messi.

I liked when we got to go out and play football in the fresh air.

I was nervous when I had to interview them.

I enjoyed listening to what they had to say in answer to our questions.

I thought some of their comments were funny.

I liked watching our own football team play.

I think it is good how they have moved teams and coached or played with different teams. 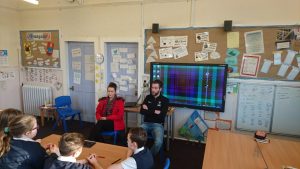 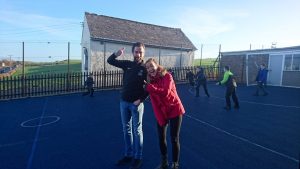 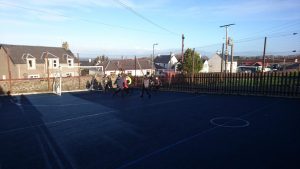 Listen to our radio interview here.

Pupils, parents and staff have all enjoyed a wonderful afternoon of Scottish fun at our Burns Supper.

The food was lovely and we were entertained by the very talented pupils.  The poems and songs were performed perfectly……. let’s not forget the fantastic toasts which were written and delivered by the P7 pupils.

Last Friday we had the privilege of visiting the Outlander set in our very own village!!  We had been invited as special guests and our harbour looked like it had never looked before.  We were delighted to have this opportunity and it was amazing to see the transformation within Dunure.  We spoke to the to one of the bosses and learned all about his job, he was the art director.  We also spoke to the locations manager.  They both told us about the many jobs involved in creating a TV show or film.  We were intrigued to find out more about these jobs and continued with our research back in the classroom.  Full reports on this experience will be available in the school newspaper at the end of the term.