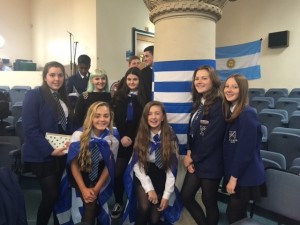 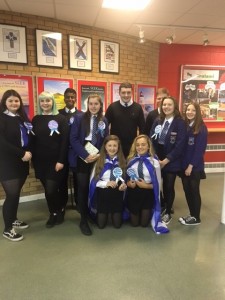 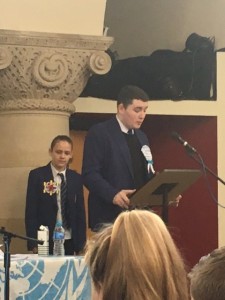 11 pupils from S1 – S5 took part in the Modern Studies International Conference along with 20 other Secondary Schools in North Lanarkshire at the GLO Centre in Motherwell.

St Andrews H.S took on the role of Greece and debated key world issues with other nations.

Ciaran McMurray opened the conference with a speech on the need for the refugee crisis to be a global issue tackled by all countries collectively.

Excellent day had by all with all pupils getting actively involved in the debates.