45 S3 Geography pupils along with Mrs Carruthers, Miss Curley and Mrs Lynas recently visited Dynamic Earth in Edinburgh for an out of school learning experience. Pupils were involved in various tasks throughout the day while studying Natural Hazards. This is a key part of the course for our S3 pupils and we are glad they all had a great day 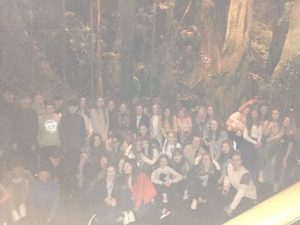 Each group represented one of the main political parties in the UK and picked a candidate to stand for election.

The groups also created a manifesto which they handed out and campaigned for their candidate.

The pupils then took part in a vote using a ballot paper with the winner of 3D’s election being announced as Lee Bolton of the Liberal Democrats! 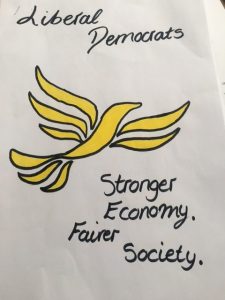 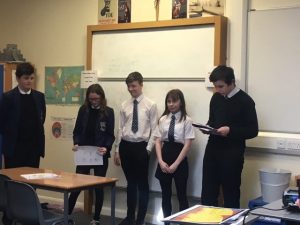 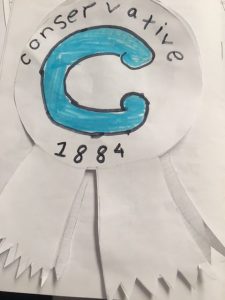 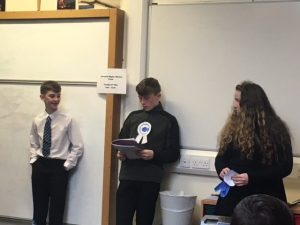 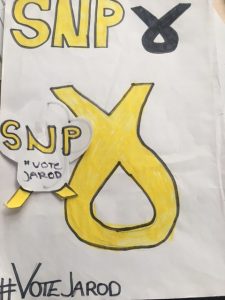 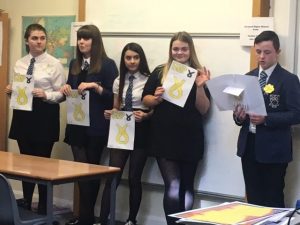 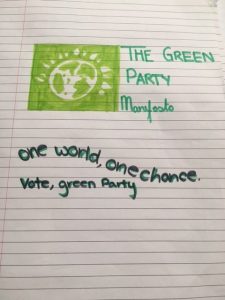 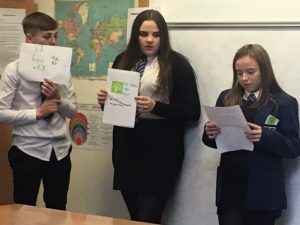 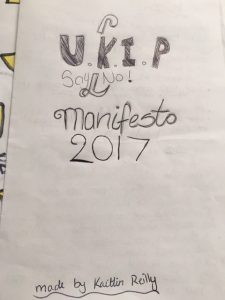 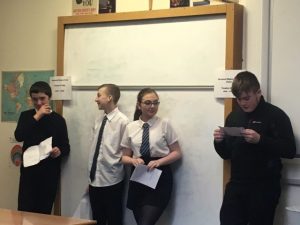 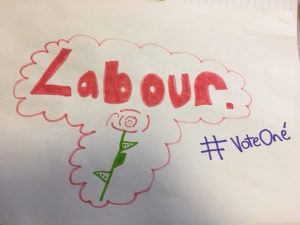 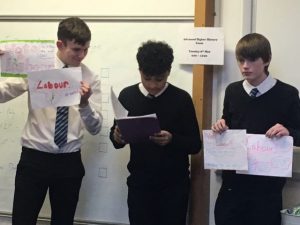 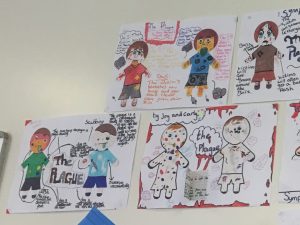 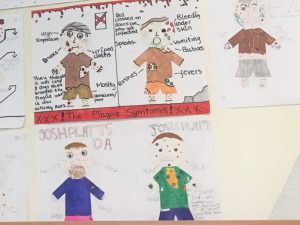 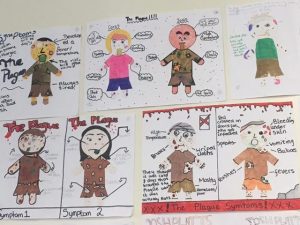 The overall winners were Martin McGuiness and Rebecca Johnston, Carly Crooks and Joy Healy and Angel Lynch and Ulla Majore.

The pupils created their own political parties with their own manifestos which included National, Local and School Policies.

The pupils also picked a party candidate to stand for election and make a speech to the other members of their class.

The class then held a vote using the First Past the Post voting system with K.A.T.A.C.A coming out on top. 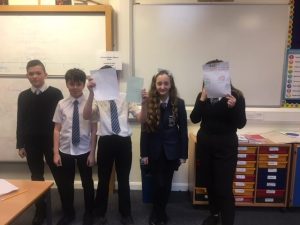 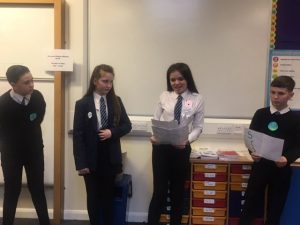 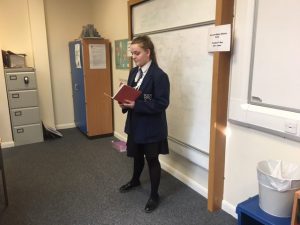 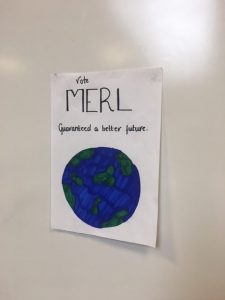 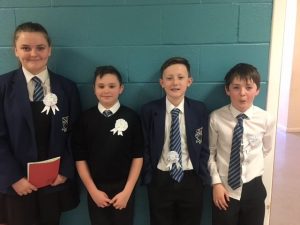 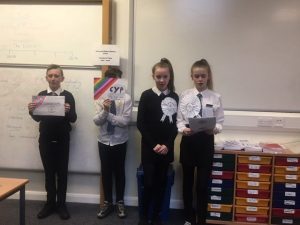 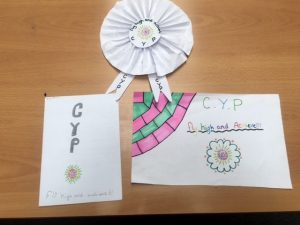 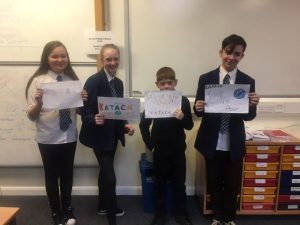 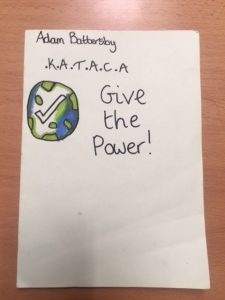 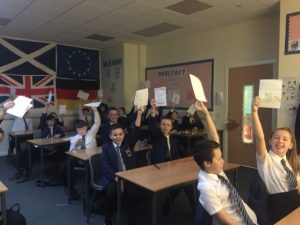 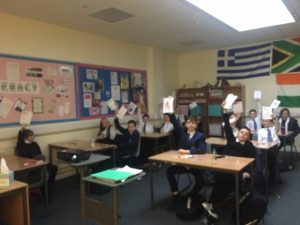 All S1 pupils recently took part in their Social Subject Literacy Week where the pupils concentrated on improving their Literacy, Numeracy and Health and Well Being skills.

101 proudly display their Roman Magazines which they produced over the week.

Well Done to all classes involved!